As we all watch the world disintegrate, we asked our contributors to tell us which bits of 2017 they didn't completely hate. Photographer Chris Patmore picked a handful of his best. 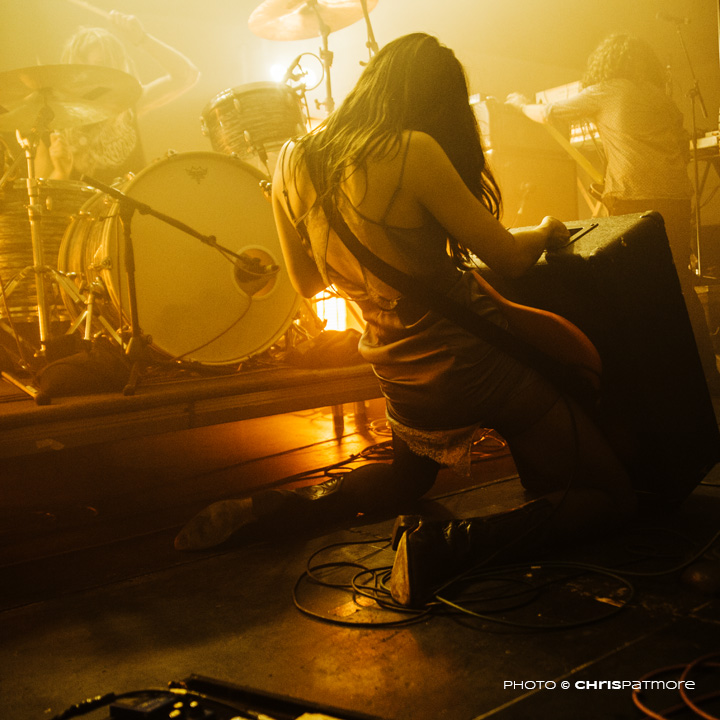 As we all watch the world disintegrate, we asked our contributors to tell us which bits of 2017 they didn't completely hate. Photographer Chris Patmore picked a handful of his best.

By the end of 2017 I will have seen and photographed just over 520 bands, surpassing last year’s total by 100. Let's let that sink in.

To help my failing memory, I have them all written down in a Moleskine, as well posting them on my Instagram feed. That total only included one festival (Leefest, which was covered for this esteemed publication) and a handful of one-dayers. The rest were shot in pubs and small venues around London. There were quite a few bands I saw more than once because they are that good (some of which are listed below), but most were one-offs, and of those there were probably only a dozen that I would not voluntarily see again.

Apart from Leefest and gigs at Islington Assembly Hall, where I am a house photographer, most of the bands are relatively unknown - at the moment. The quality of the live music scene in London is that good, which makes it even harder for those bands to break through, or even make a sustainable living. On more than one occasion I have been the only person at the gig who wasn’t directly involved in it or a friend of the band(s).

Over the last couple of years I have increasingly become a fan of the new psychedelic music scene, in all its variations, which is alive and well thanks to great promoters such as Permanent Vacation, Goodsouls, and Roadkill Records. Needless to say, some of my favourite gigs this year have fallen under their auspices.

Another thing I’ve noticed is the huge number of women playing in bands, whether all-female bands, or as part of band, and promoters such as We Can Do It and Get In Her Ears doing their best to support them.

Out of all this I am supposed to pick my favourite band or gig of the year, and it would probably be a toss up between Hackney Wonderland and Rock Against Violence, with the common denominator being Saint Agnes. The prior also featured Baba Naga, who I saw for the first time and they blew my mind (man). The latter because the bill included The Sly Persuaders, The Wild Things and Dead Coast, and was for a great cause. Having said that, the Fluffer Pit Party at The Coronet was pretty special too. My favourite venue in London (and most attended) would have to be The Finsbury, followed by Islington Assembly Hall.

Out of those 500+ bands here are some of my favourites that I have seen fairly consistently and would recommend seeing (in no particular order):

All in all, I would say that 2017 has been a great year for live music on the London independent / underground scene. Even at 500+ bands, it's just a fraction of what was on offer, and most of what I saw was limited to guitar music that mostly leant towards the psych/ garage/ surf/ desert/ blues/ rock varieties. I hardly ventured into the worlds of metal, electronica, soul or pop, or even jazz and “world” music, both of which I love.

For 2018 there are three bands that think (and hope) will break through:

Saint Agnes. Their moment has been a long time coming. They are definitely one of the most exciting live bands in London, and will be doing a UK headline tour early in the year.

Yonaka. Another great live band, whose sound transfers really well to record, as witnessed on their recent EP, Heavy. Their music is a lot more poppy than Saint Agnes, which you would hope will give them a wider appeal.

And King Nun. Featured on Raw Meat eons ago, these young guys put on an energetic live show, with great garage rock songs.