From the outset, Hanni El Khatib's 'Moonlight', the title track from his album (released 19.01.15 on Innovative Leisure), grabs your attention. It's rock n roll with a hip hop heart. 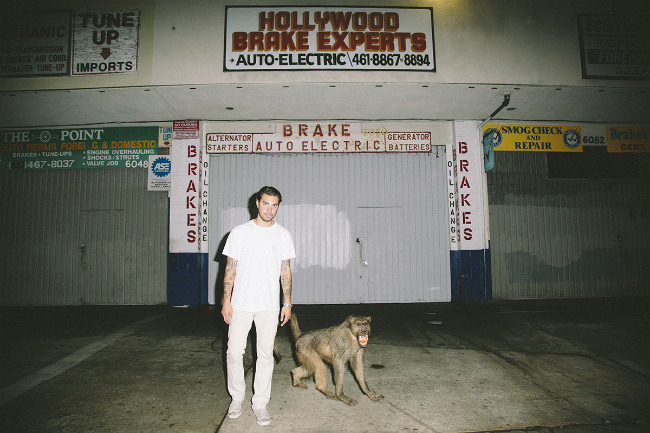 From the outset, Hanni El Khatib's 'Moonlight', the title track from his album (released 19.01.15 on Innovative Leisure), grabs your attention. It's rock n roll with a hip hop heart.

The single has been around for over a month now, but we still can't quite shake it.

From the break break percussion, the addictive groove, the wavering distance in the vocals, and the searing distorted guitar - 'Moonlight' is an incredible culmination of ideas. It's got a classic soul and a lingering darkness that make it hard to decipher, and therefore infinitely interesting. There's a sense that the whole song is made up of weird and wonderful samples from record shop crate digging, but when you realise that more often than not Hanni El Khatib is playing every instrument himself the depth of sound becomes increasingly impressive.

There are sounds of Cage The Elephant in the devil may care vocal delivery, but this is Khatib's third album and the maturity and confidence in his ideas is so clear that although this is very much a DIY record, there's nothing incomplete or lo-fi about it. Recorded in the Lair, Khatib found a kindred wierdness in engineer Sonny DiPerri, and although he also worked with drummer Ron Marinelli,as Moonlight developed, Hanni found himself playing almost everything; guitar/ bass/ synth/ Mellotron - even eventually sampling and re-editing Marinelli's beats.

Luckily enough, in the time it's taken for us to get this track on the site, an amazing 'remix' has also been released. The awesome GZA (Wu-Tang Clan) has added a verse to the song. When asked about the collaboration, Hanni explained, "I played him 'Moonlight' and it connected instantly. I asked him if he'd lace me with a verse for it and he was down. After listening to the track a few times he called me over to the sofa that he was chilling on and asked me to sing the lyrics to him a cappella. He then responded with something like, "So if you are speaking on the struggle with the moonlight, imma speak on the moonlight's beauty. I'll be the yin to your yang." Everyone in the studio had on a look of disbelief. It was definitely a surreal moment."

Listen to and download the GZA remix of 'Moonlight' here.