They’ve been causing a quite the stir in London’s greasy underworld for a while now and are hailed as one of the capital’s most ferocious live acts. Their debut album was released 12.05.14 on 1-2-3-4 Records. 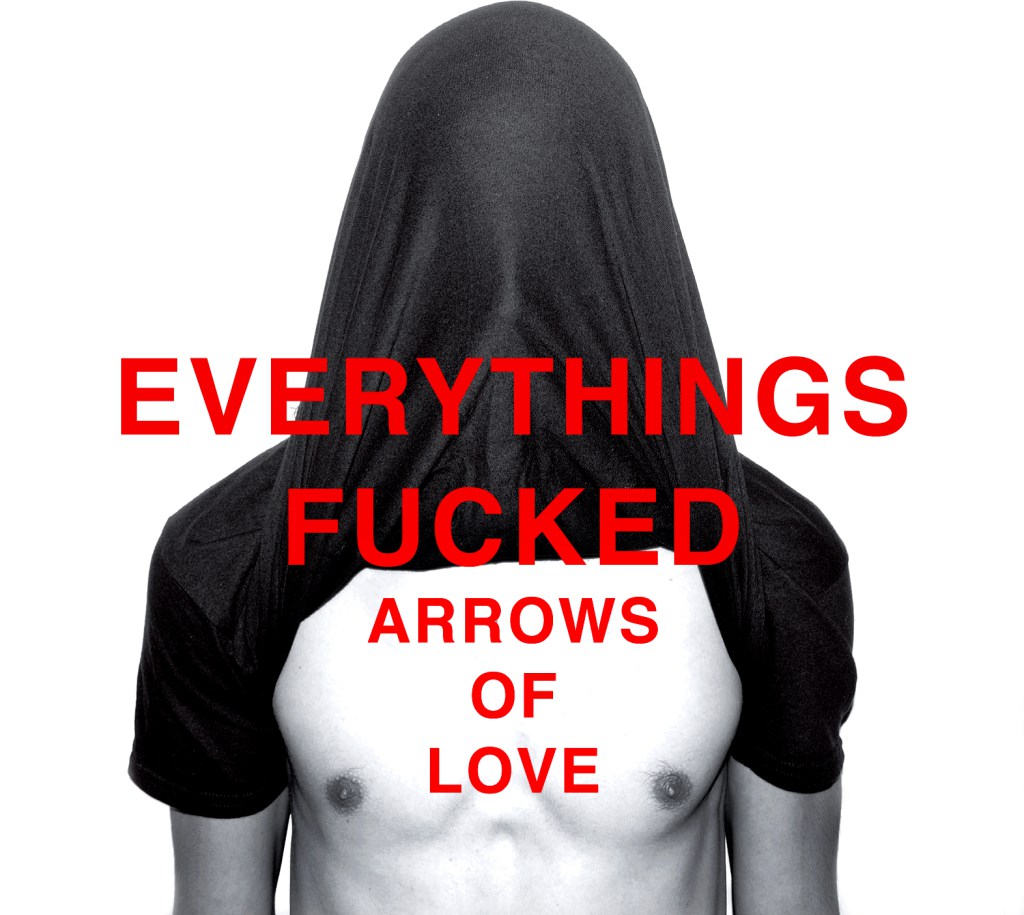 They’ve been causing a quite the stir in London’s greasy underworld for a while now and are hailed as one of the capital’s most ferocious live acts. Their debut album was released 12.05.14 on 1-2-3-4 Records.

With a show as chaotic and powerful as Arrows of Love’s, the process of putting together an album that avoided the traps of overproduction and didn’t betray their DIY aesthetic must've been quite a challenge. Luckily though, the band’s first full length release Everything’s Fucked was put together in the only way that would be fitting, in singer and guitarist Nima Teranchi’s basement. That’s not to say it was a completely DIY effort, and I’m sure that having Bob Weston of Shellac’s mastering skills and additional guitar from Turbogeist’s Luis Felber didn’t hurt, but the record wreaks of the old school mentality of playing music because rock n roll is fun and there’s fuck all else to do. It would be wrong to call this album a breath of fresh air, more a blast from a jet engine, here to decimate the cobwebs of the stuffy synth pop music that’s currently dominating London’s scene.

The songs themselves are somewhat bipolar, with off kilter feel changes of ‘Prescriptions’ and the filthy dirge of a chorus in ‘Real Friends’, in stark contrast to the almost worryingly beautiful first half of ‘The Knife’ (special mention is deserved for guitarist Lyndsey Crtichley’s unexpectedly soothing vocals), combine these with the shoe gaze funeral march of ‘Addict’ and they come across as a band who never sat down and had the classic, "so what’re we gonna sound like?" conversation, instead just opting to play what sounds cool. Teranchi’s vocals vary quite dramatically throughout the album from rambling shouts to a deep baritone, to a matter of fact, conversational style as seen in ‘Suck’, which draws upon an almost Art Brut-like style of delivery.

Bizarrely, or very cleverly depending on how you look at it, they finish the album with ‘Ships’, a slow acoustic number performed solo by Teranchi. This can only be described as the aural equivalent of your opponent in a bar fight stroking your hair after beating you half to death. The placement of this song in the album’s track listing turns what is the most relaxed song into one full of suspense, tricking the listener into expecting the song to evolve into something darker and heavier that it in fact never becomes.

This album won’t be for everybody, but it was never meant to be which is what makes it so great. The provocative title itself, the artwork reminiscent of Michael Haneke’s Funny Games and the musical content are all brazenly unapologetic, and that’s exciting. It’s raw, energetic and it is most certainly not clean but if you’re feeling disillusioned with absolutely everything and you want music that feels like a fist fight then Everything’s Fucked may have you believing that it’s not all bad after all.