Here’s the low down on the highs of Beat Connection... Apologies if that sentence was too much of a roller coaster for you. 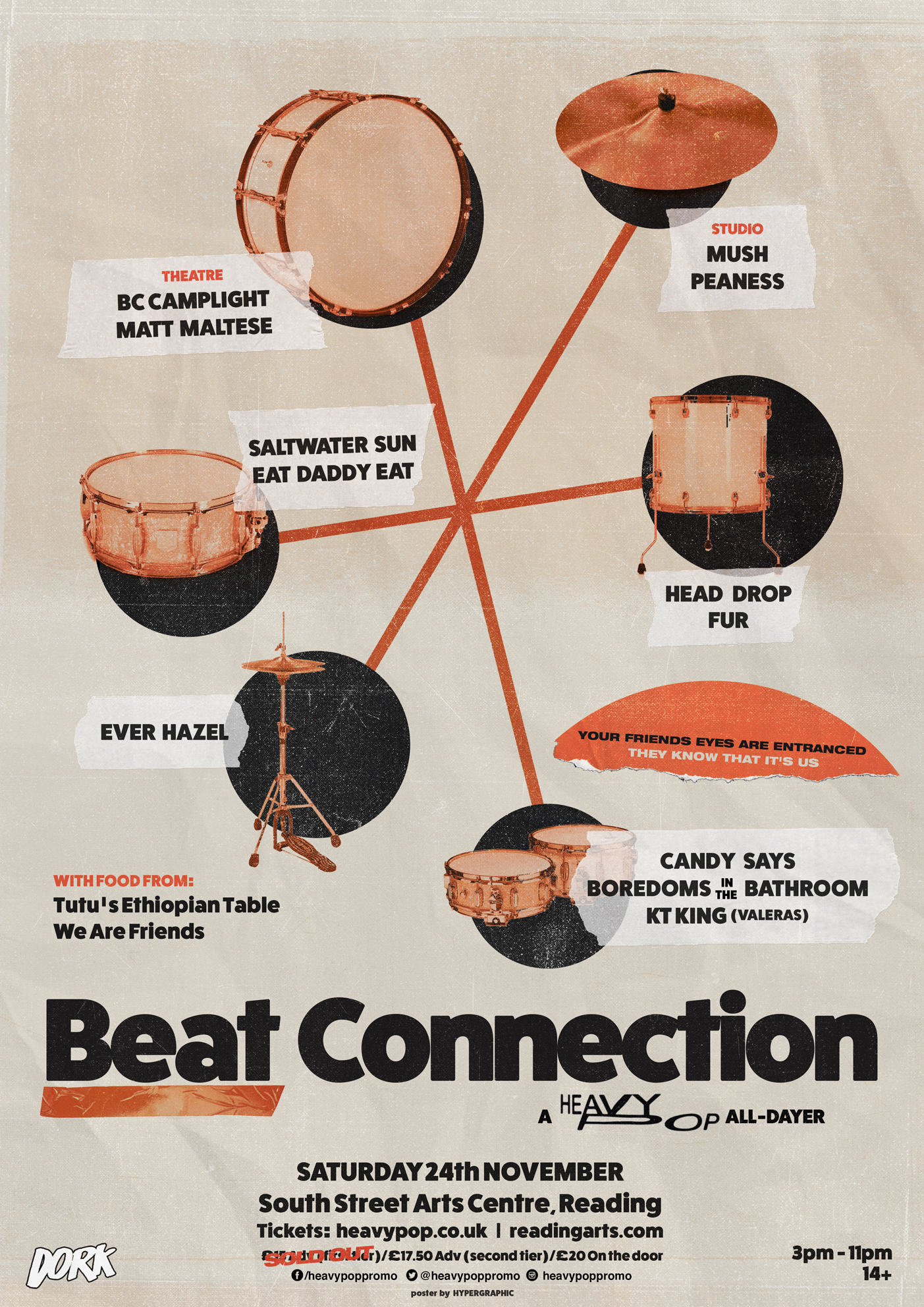 Here’s the low down on the highs of Beat Connection... Apologies if that sentence was too much of a roller coaster for you.

Kickstarting the event was local songstress KT King. Her set consisted of her typical beautifully blunt and down-to-earth tracks, plus her own take on headliner Matt Maltese’s ‘Strange Time’. Inviting her audience to sit cross-legged on the wooden floor, Katie has the early crowd enchanted by her effortless style and stunning songs like ‘Life Is Kind’.

Lethal math-rock duo Boredoms In The Bathroom were up next, in a rare live performance. Lengthy tracks riddled with bass complexities; the wall of sound channelled by the pair is astounding.

Walking into Ever Hazel couldn’t be much more of a shift in style. Even so, their wholesome piano-pop vibe (and awesome headgear) was another box ticked for us.

Saltwater Sun were, as always, an absolute treat to watch. Their indie-tinged summer belters ‘Making Eyes’ and ‘Now Or Never’ were irresistible to the baying, swaying crowd - smiles all round. Topping it all off with a filthy cover of Nelly Furtado’s classic noughties anthem ‘Maneater’, we’re sold, despite them even being down a member for the festival's performance.

Relentless four-piece Head Drop were next on the agenda. A treat in the more intimate of the two locations in the venue, their trippy shoegaze-inspired distortions and furore of staggering riffs when coupled with their having released a debut EP the very same day put the local band firmly in their prime.

Matt Maltese. Read it and weep. From the first note of opening track ‘Sweet 16’, the young, fast-rising talent induced a delicate intimacy in the packed audience. Something really rather special. Maltese’s soulful, poignant tracks, interspersed with his witty audience chitchat made for a wonderful easy-going performance that we thoroughly recommend to anyone considering watching him play. From his stripped back renditions of tracks including the stunning ‘Studio 6’, to more upbeat ‘Bad Contestant’, Maltese paces his set perfectly, and it’s a joy to watch.

Signing off Beat Connection were Leeds-based Mush. Favouring some new material over previously released tracks in certain places, we can confirm to you that the northern foursome are still absolutely on the straight and narrow. Deliciously deadpan post-punk is just what we’re about. Sounding out their (sadly short) set is nine minutes of pure psychedelic excellence in the name of track ‘Alternative Facts’.

Beat Connection, you did us good. All that’s left after a day like this? Home. And drifting off to Matt Maltese’s Bad Contestant.