when?
November 23, 2017
Where?
The Coronet Theatre
Elephant & Castle

The Coronet stage has been graced by the likes of Charlie Chaplin and Justin Timberlike in the last 138 years. Last Friday night fell somewhere between the two. 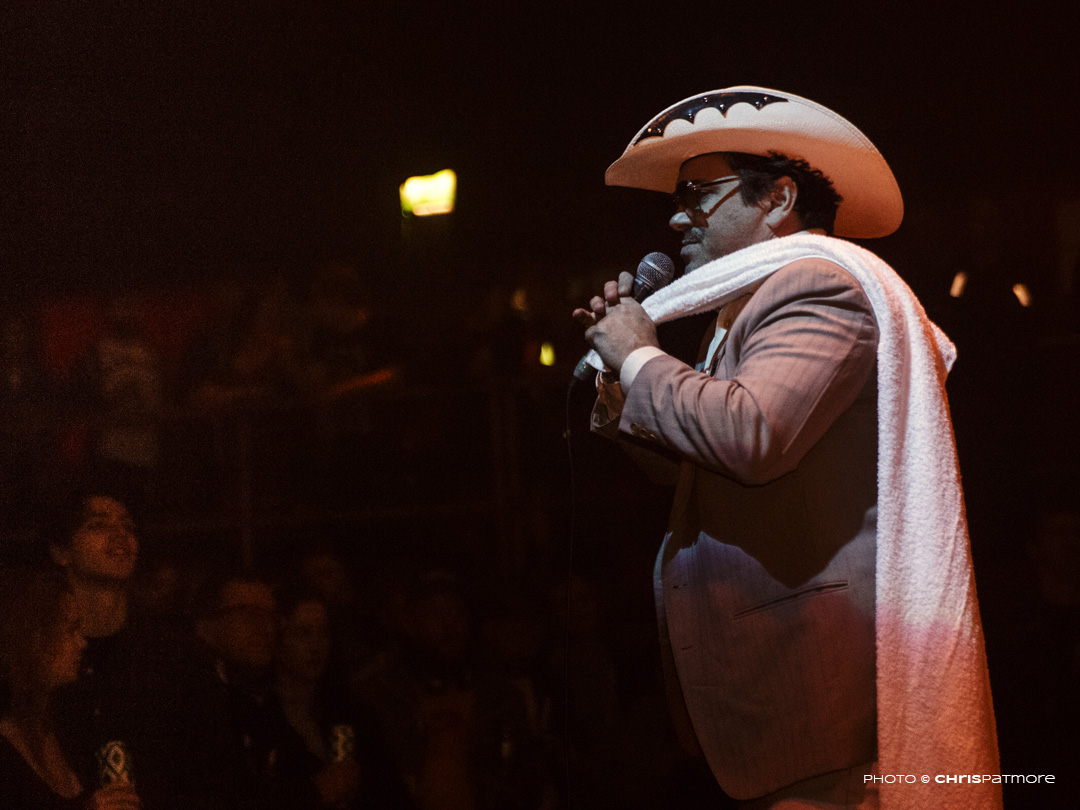 The Coronet stage has been graced by the likes of Charlie Chaplin and Justin Timberlike in the last 138 years. Last Friday night fell somewhere between the two.

The closing of the art deco London staple, The Coronet, brings a lump to my throat. While the rest of London became craters around it, the theatre was used as an air-raid shelter through WWII. In the fifties, a riot that would put one of Fluffer's Pit Parties to shame broke out during its cinema years when the manager screened the new Bill Haley & His Comets movie Rock Around the Clock, and the crowd lost their newly-discovered teenage shit. And, throwing a few more recent Coronet-as-a-venue alumni out there, just to really drive home this loss: Blur, Oasis, The Libertines, Primal Scream, Placebo, LCD Soundsystem, Tame Impala...

The last ever Coronet rock show to take place  before it closes its doors forever was left in the more than capable hands of Fluffer Records. We sent the talented likes of both Keira Cullinane and Chris Patmore into the depths of the pit, to soak it all in, while we safely swayed about in the balconies.

First up were South Londoners, Madonnatron. Label-mates to Fat White Family and Meatraffle, they released their debut album this summer, which lead to them seeping into and across the British festival circuit like a sequin-clad serpent.

Next act Warmduscher are a band that always seem to come with a precursor whenever we hear about them. They're a Fat White Family / Childhood / Paranoid London 'supergroup', or just new but not unheard of. They're also really, genuinely fucking mental. They bring a much-needed injection of experiment and unpredictability into the swirling London fog. They're infinitely loathable/ loveable, and you'll absolutely love/ hate them for it.

Main support was the angry and lyrical Future of The Left, who put on a show reminiscent of a General readying their troops for war.

And finally, of course, the one and only Black 'Greatest Living Party Band' Lips. I'm not sure what other praises we can sing about these garage cacophony peddlers. One thing that is worth noting; if you haven't seen them, you haven't heard them. They're a band whose live show transcends personal preference. It wouldn't matter if you thought slacker-garage sounded like the Monkees had stopped trying to act sober, and flower-punk was the name of a steampunk bakery. The Black Lips live is an experience of chaotic joy and life affirming, grubby grins.

A night of such living, breathing, sweating bands felt like a deserved send off for such a dear old friend.