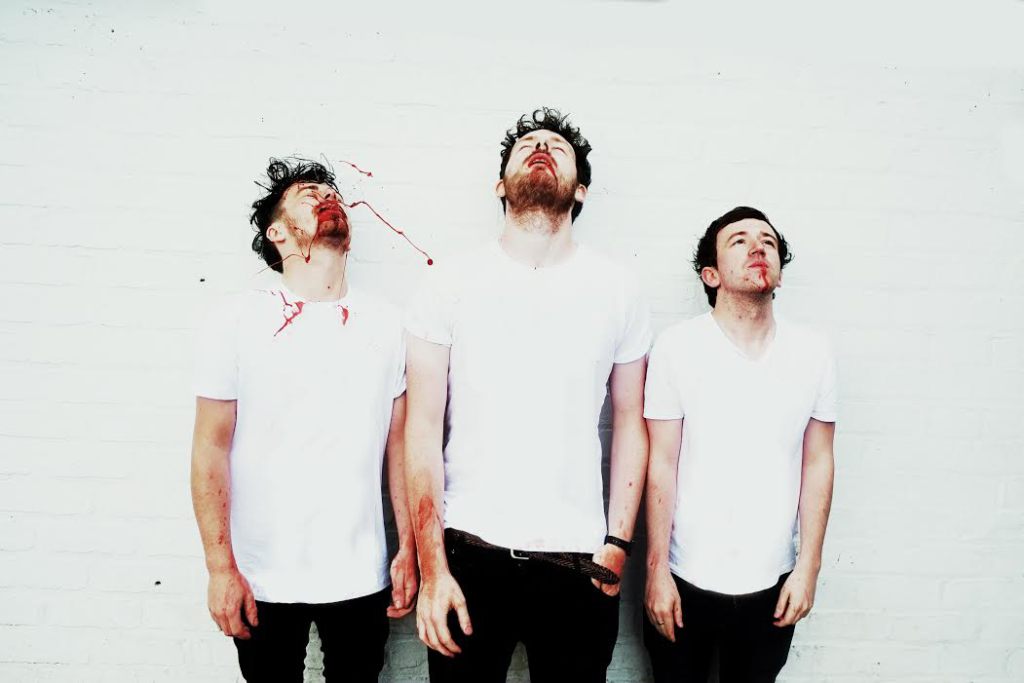 After only forming in August 2014, the band have already done an incredible amount in such a short space of time. They’ve already released a pretty ground-breaking EP called Brittle Bones and are set to release some more tasty material this year. Blood Lips are innovative with what they do and create some profound heavy rock music that needs to be experienced by all.

Raw Meat: Tell us about your local music scene; what’s your favourite local venue, are there any record labels or stores we should look up, what’s the scene like where you’re from?
Blood Lips: Our local scene is really strong at the minute. By local, we mean the North Wales/ England border. We played some good gigs at Central Station, Wrexham and The Compass, Chester last year. Not just because of the venues, but the people involved too. We're lucky enough to be asked to play by people we want to play for.
There's a very real community vibe developing at the minute. Wrexham has some converted spaces which promoters are using for events and bands are really pulling together to get some interesting shows on the go. Doppelganger and Falls are playing at the end of this month. If I had to choose anyone to be ambassadors for our scene, they'd definitely be up there. Focus Wales is coming up in Wrexham too, and that's incredible - like our own little SXSW or Sound City. Slaves and Future of the Left are playing! Another one we're lucky to be on.For records, I use Vod Records in Mold. It's tiny, but ace!

Name one track/band that you love from the past.
Death From Above 1979 - 'Romantic Rights'.

Name one track/band that you think we should listening out for in the future.
Bad Grammar. We like that noise.

What are you up to now?
We’re writing and booking the odd gig in the meantime. Our main focus is to flesh out some new material. It was great to get the first EP out, but we don’t want to sit on it. We’ve got a gig in London on February 7th which will round us off, so it’s back to the drawing board after that.

What can we expect from you next?
Something which sticks out hopefully. Where we’re from has given us some incredible music the last year, and it’d be good to follow up on that. We’d by lying if we said there wasn’t a determination to impress people and to bring something new to the table. It feels like we’ve scratched the surface of something.

You can see Blood Lips live at the below dates: