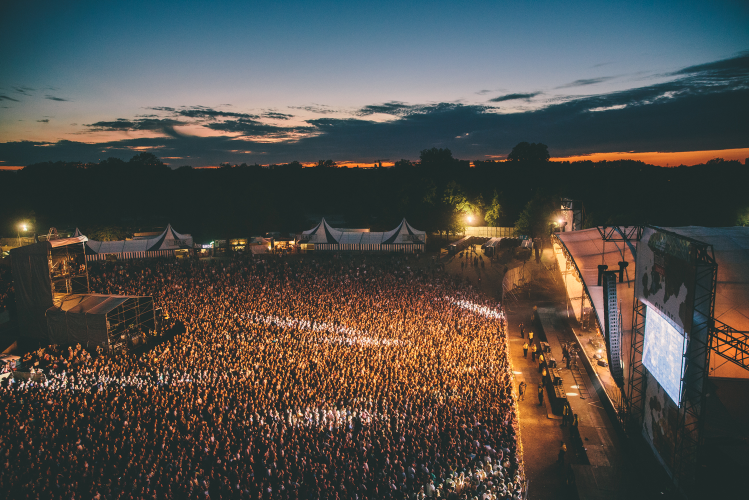 Citadel have followed up their announcement that they have bagged Foals as a UK festival exclusive by revealing that Bonobo, Wild Beasts, Laura Marling, Ry X, Michael Kiwanuka and a host of others will be joining the band at London’s Victoria Park on Sunday 16/07/17.

Having been fairly quiet since releasing the revered What Went Down in 2014, Oxford math-rockers Foals are set to return to the UK festival scene with what will undoubtedly be another trademark barnstorming performance. Having announced their intentions to take a break from music in February of last year, only to backtrack on this sentiment to the relief of the music industry and world at large just a few months later, Citadel 2017 could see the band reveal how their next full-length offering is shaping up.

Producer/DJ Bonobo, meanwhile, will be riding the waves of success sixth album Migration is currently enjoying (it reached No.5 in the UK charts). What’s more, the electronic maestro is set to expand upon the already cinematic sounds seen on his most recent LP beyond his decks in the form of a live performance.

With the additions of Mercury Prize-nominated Wild Beasts, Laura Marling and Michael Kiwanuka, Citadel 2017 is set to offer both quantity and quality in droves. Wild Beasts will convert many with their eccentric brand of indie rock with a twist, Laura Marling will likely heavily refer to sixth album Semper Femina released earlier this month, whilst Michael Kiwanuka will rock and groove in equal measure with the backing of acclaimed album Love & Hate.

Touted as the ultimate summer Sunday, there will be much on offer beyond the wares exhibited on the main stage. Whilst its acts are to be announced, the Corona Sunsets stage will bring the smooth beats of the Balearics to east London, whilst refreshment and Nordic touches can be found at the DIY-curated Kopparberg Urban Forest.

Away from music, the sharpest minds will be discussing the latest news at the popular Sunday Papers panel, and the discussion of making machines human will be one of the highlights at the Science Museum-powered Science Camp. If you like a bit of physical exertion to go alongside your mental stimulation (apparently there are some out there), head to The Spandex Stage to get your sweat on with eighties aerobics and dancehall workouts. Because why not?

Or if this all sounds a little too physically and/or mentally exhausting, simply head to one/some/all of the food trucks and beer pumps to sample London’s finest street food and the best craft ales this damn beautiful nation can produce (someone has to). See you there.