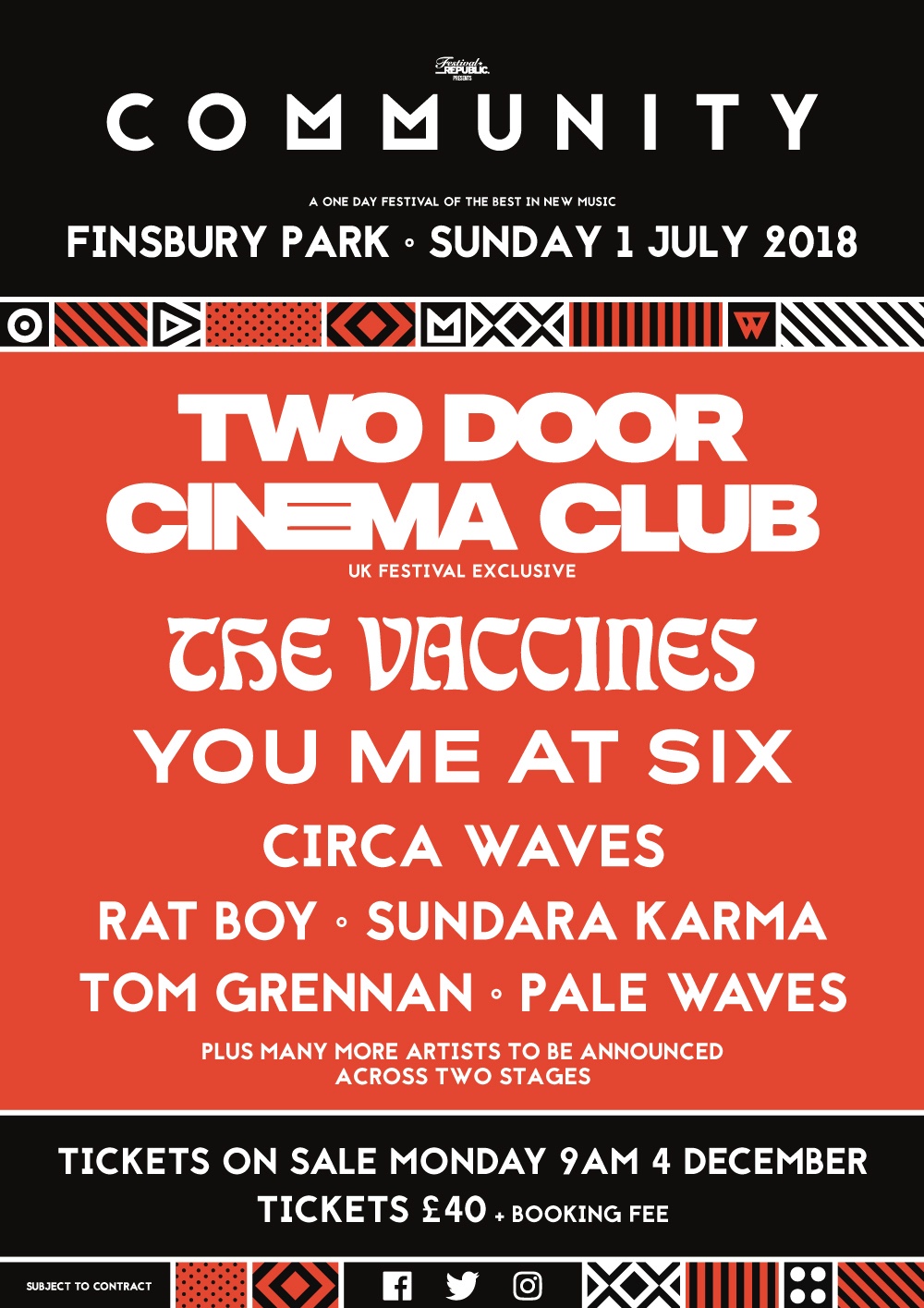 Alright, let’s cut the crap. We all know headliners Two Door Cinema Club and main support The Vaccines are a little bit good. We’re under no illusions that they put on incredible live shows, they genuinely love performing and they always make sure the crowd knows it.

What I want to do is make sure you know who else to catch, in those precious hours before you’re lost in a blissful, sun-drunk haze.

We covered King Nun way back when they were just wee babbies and, although they don’t exactly appear to have aged, their sound has been honed and perfected into the deep recesses of grunge.

They’re scrappy, loud and have a lot of those soaring fuzzy crescendos that we love going on. I can’t wait to see what else they have up their flannel sleeves.

Our next sweethearts are Belako, a high energy post-punk four-piece that combine an indie rock slack with hook line and sinker pop melodies.

The intense Spaniards are on the verge of levelling up, and they won’t be playing the smaller of the two stages (Community Festival’s N4 Stage) anywhere after this festival season.

Moving over to the big wigs stage will put you in front of Marmozets. Britain’s answer to Paramore, Marmozets are real life rock legends. Versatile, thoughtful and destroying stages globally, they are truly incredible and (in our incredibly important opinion) could easily headline.

Whether you prefer their four to the floor anthems, or their more considered cocktails of creeping riffs, hissing hi-hats and erupting vocals, Marmozets will be remembered as a cornerstone of our generation’s rock bands. We are not worthy.

Stick around on the main stage, no doubt reeling on your heels, for the next act, Sundara Karma. Let's get all of these out of the way quickly: indie, indie-pop, rock, art-rock, pop. I'd love to be able to call these guys a pop band - what a wonderful place for pop to have landed - but they really aren't. They're a band with charisma, early-Spector choruses, and endless waterfalls of guitars.

Guitars that shimmer through waves of reverb, synths that would make Slippery When Wet blush and melodies torn from the Springsteen songbook; coming together to make something wholly new, that could only have happened in a post-Arctic Fire world.

Finally, let’s talk Circa Waves. We caught them at the first headline slot at LeeFest back in 2016 and have been besotted ever since. We knew they had it then and boy oh boy do I never get tired of being right. They’re catchy, earnest and masters of the shouted refrain.

More dramatic vocal hooks, more distortion, and if at all possible, even more urgency seems to be injected in their output year upon year. There’s Muse in their bass lines and barbed wire round their riffs. Long gone are the Kooks-tinted vocals and trebley joys of youth. Circa Waves demand to be taken seriously.

The long and short of it is, if you want to jump around to a combination of brand new and once brand new bands, I'm not sure there's a better way to spend a day.