When does an all-dayer become a festival? Learn all the answers to life's really big questions with resident philosopher Chris Patmore. 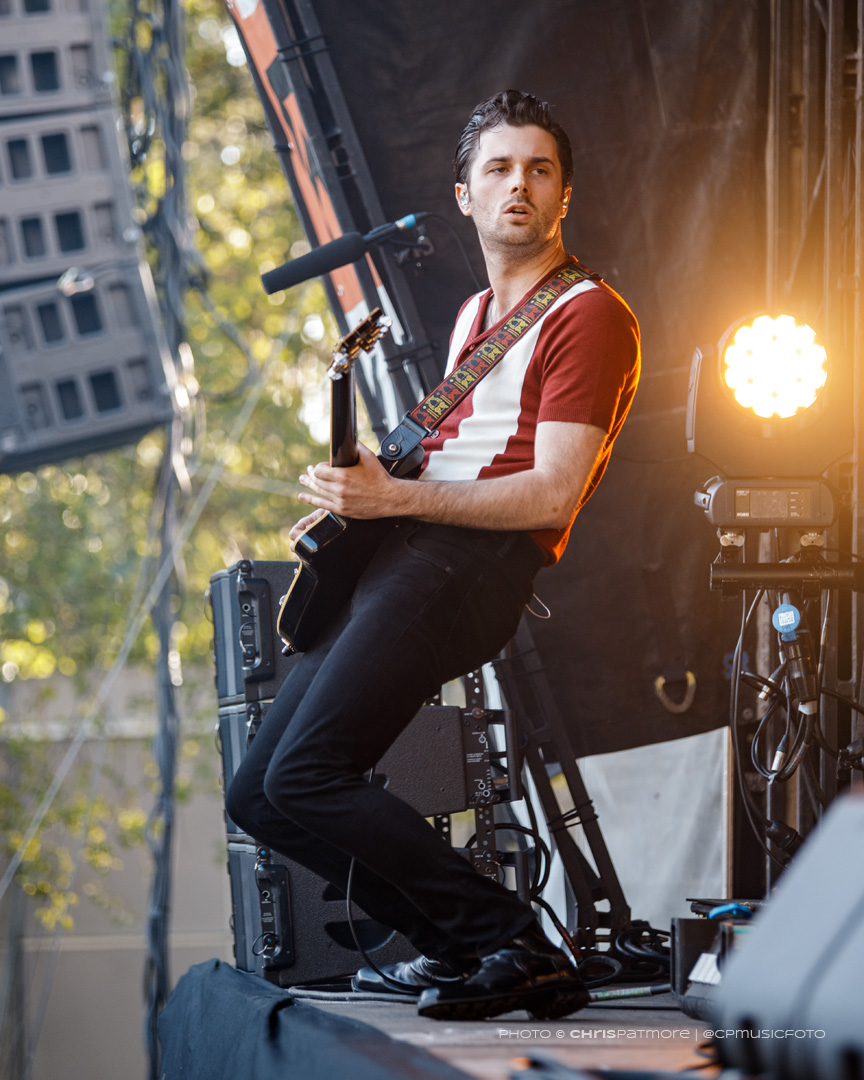 When does an all-dayer become a festival? Learn all the answers to life's really big questions with resident philosopher Chris Patmore.

Is it to do with scale of numbers, like when a cult becomes a religion? Or is it merely a self-designation, where the cult/religion analogy still applies? For me, an all-dayer is usually an indie affair in a pub or similar size venue, whereas a festival is held outdoors. Community Festival in Finsbury Park certainly had the scale of numbers with a reported 35,000 people pouring into the north London park on a very pleasant summer Sunday. Although the event bills itself as having the best in indie sounds, I would question as to just how independent these bands are, especially those on the massive main stage, with a pit that was more than double the size of most venues I go to see truly independent bands in.

Nevertheless, one-day festivals in a London park are a much pleasanter affair than camping out in a field in the countryside, even if they lack the experience of being at a “happening”, you do get to sleep in your own bed and use your own shower at the end of the day.

While some of the main stage acts were familiar to me, if only by name, only one of the bands (The Amazons) performing on the considerably smaller N4 Stage I’d even heard of, and that was because I’d seen them previously playing small venues and one of the small stages at Kendal Calling last year. They were definitely one of the best acts I saw all day and really deserved a slot on the main stage, although headlining the N4 Stage was a good step in the right direction. I was going to use a football promotion analogy here, but realised I didn’t have a clue what I was talking about, so did a bit of online research and was even more confused. The leagues have changed a lot since 1966, which was the last time I was interested in football, and, coincidentally, the last time this country won anything (women’s teams aside).

But judging by the audience that I saw, either pressed up against the barriers in front of the stages, or scattered about the park as I rushed between the two stages from the safety and comfort of the press tent, they all seemed very young. Okay, I will concede that this body has been around for a while and my offspring are probably older than most of the crowd, but the music was very radio friendly, and I’m not talking BBC 6Music, more Radio 1 or any of the commercial stations. Having said that, Blossoms are definitely darlings of 6Music.

The day kicked off with Californian band SWMRS (yet another band with an aversion to vowels), who were one of those pretentious pop-punk bands that the US seems to over produce, who were trying to look even cooler by emblazoning their acoustic guitar with a line stolen off Woody Guthrie’s guitar. It was when the audience joined in with the songs that I first started to realise that I had possibly misjudged how indie this festival was, or if I was either completely out of touch with the current music scene, or just way ahead of the curve. I opted to go with the latter, which was comfortingly confirmed when the audience started singing along to 'Wonderwall' [f*cking 'wonderwall'!? - Ed] when the onstage DJ played it between bands.

I’m not even going to bother giving a band-by-band report on the day. Apart from the aforementioned The Amazons, the only real highlight of the day was local Kate Nash, who on more than one occasion came down to the barrier to interact with the fans and at one point disappeared into the audience. Despite being dressed in sequins, her songs and attitude were far more punk than the Californian pretenders that performed earlier. She was also the only female act on the main stage, which does further support my argument that women performers put on much better shows than their male counterparts. And the band that impressed me the most from the N4 Stage was Bloxx, also female fronted and, again, the only one. The sooner that festival organisers, especially those purporting to be “indie”, wake up to the fact that their line-ups need to be more equally balanced the better it will be for everyone. That gender parity is far more in evidence on the actual grassroots indie scene and it is better for it.

Despite all my old man grumblings, Community Festival was a good day out. I heard and saw a bunch of bands I’d not seen before (although unlikely to see again, with a couple of notable exceptions), and the early evening finish meant getting home was relatively easy, even for a Sunday, which is what you want at the end of a long day. If you're anything like me.

Words and images by Chris Patmore