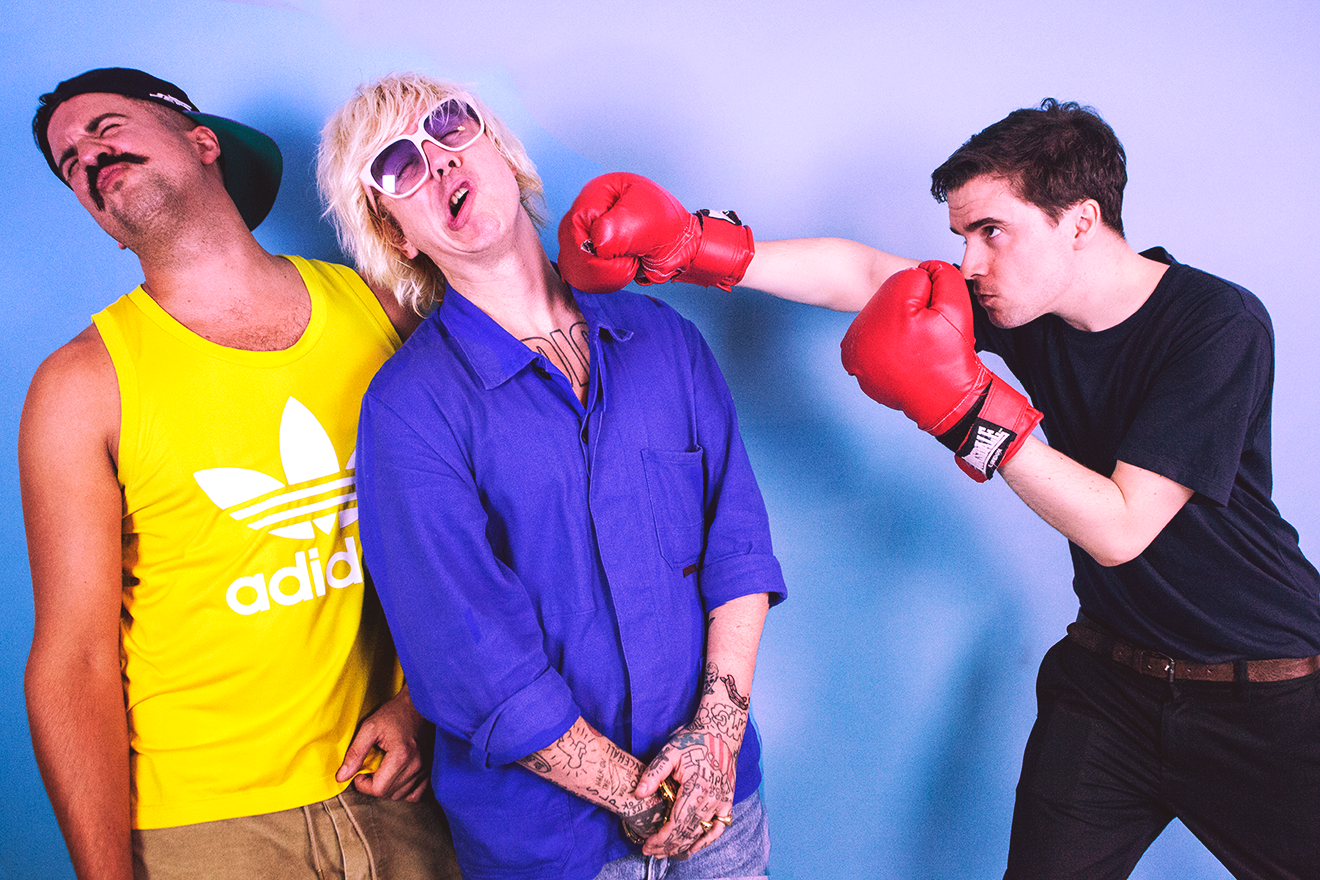 If you don't already know, Dancehall are a heady punk trio made up of folks from previous bands Kill Kenada and Ice Sea Dead People. They combine riff and melody to create joyful and celebratory dirge. In the past they've sat firmly in nineties gaze-tones, but the previously underlying nods to The Stooges are at their strongest in most recent release 'Vitamins'.

The ridiculously cool track twitches along before letting loose the full Rivers-Cuomo-meets-Iggy Pop thunder. It's a really tight, exciting track that will no doubt sit front and centre of their set on Friday.

Dancehall's glittering energy in 'Vitamins' is no feigned reproduction, the song was recorded and mixed live in one night along with A-side 'KO' at Kluster Rooms Studios by Christopher Smith. Upon finishing the tracks, the band slept in their rehearsal space and got up the next morning to head to work, unwashed and gleeful.

The songs will be self released on the band's own Vibe/Anti Vibe label, and will be released on green cassettes and risograph printed sleeves for Cassette Store Day 2017.

You can see Dancehall live at the below dates: