Holland’s big-deal alternative rock band De Staat are an untapped gold mine for rock fans who feel the lethargy in their favourite genre. 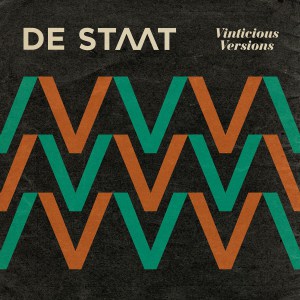 Holland’s big-deal alternative rock band De Staat are an untapped gold mine for rock fans who feel the lethargy in their favourite genre.

I make no secret of the fact that I feel today’s mainstream rock music is for the most part, a huge drag. Four chord, 4/4 time signature, and unvarying tempos just don’t cut it for me anymore. For this reason, I pour my energy into making a big deal of the fresh and innovative bands that I do come across. I’ll never do a Gene Simmons and denounce the genre as “dead” just because good music didn’t fall into my lap while I was laying on my sofa with a hangover. I won’t lie and say “I’m better than that”, but all I really want to say is anyone who believes rock is dead has definitely not explored anything out of the confines of major Western labels. Laziness is no excuse, Gene.

You miss out on a hell of a lot if you won’t listen to a language other than English. The instant dismissal angers me – if we could collectively get over it now, that’d be great, thanks. I have, and I’ve even found mainstream hip-hop I can tolerate. Ever heard of Cro? The anonymous, panda-mask adorning German rapper makes some of the most interesting music I’ve heard in all my twenty years. He calls it “raop”; halfway between pop and rap. If you don’t think German could ever sound cool in music, you’re simply wrong. And don’t even get me started on how remarkable Icelandic music can be.

But if you’re not quite ready for other languages yet (don’t feel bad, you’re far from alone), do yourself a favour and check out De Staat. Hitting the top ten in the Nederlands, they’ve played at Glastonbury too. They’re three albums into their career, and their latest EP, Vinticious Version has me hooked enough to go back and check out their whole discography. This is a reworking of tracks from their past, and is surprisingly cohesive for a collection of songs that spans eight years.

Three quarters of the eight-song set is made up of music from their latest album, 2013’s I_CON, including highlight ‘Input Source Select’. In its “vinticious version”, it’s a bass-heavy, semi-rapped rock tune that is one of the catchiest I’ve heard in 2014. The airy production of the EP is fluff-free, and lacks that alienating plastic sheen that some might call a lack of soul. There’s sexy, jazzy sounds here, some backing vocals that are close to operatic, and they even take the occasional opportunity to sound like Beastie Boys. Natural sounds like whistles and percussive instruments are put to good use, giving the EP a warm, dusty sound that’s reminiscent of very little else in rock. Don’t think that means they aren’t rock, though; their triple-guitar sound would not fit any other label.

The band’s music videos are very creative too, and are quite representative of their distinctive European personality – well worth a watch. De Staat have proved themselves a GOOD band here – ready to take what they already have and shake it up like a martini. This is a band whose career I’ll be keeping an eye on, and for all those who haven’t yet ventured so, a great gateway into the wider context that is European rock music.