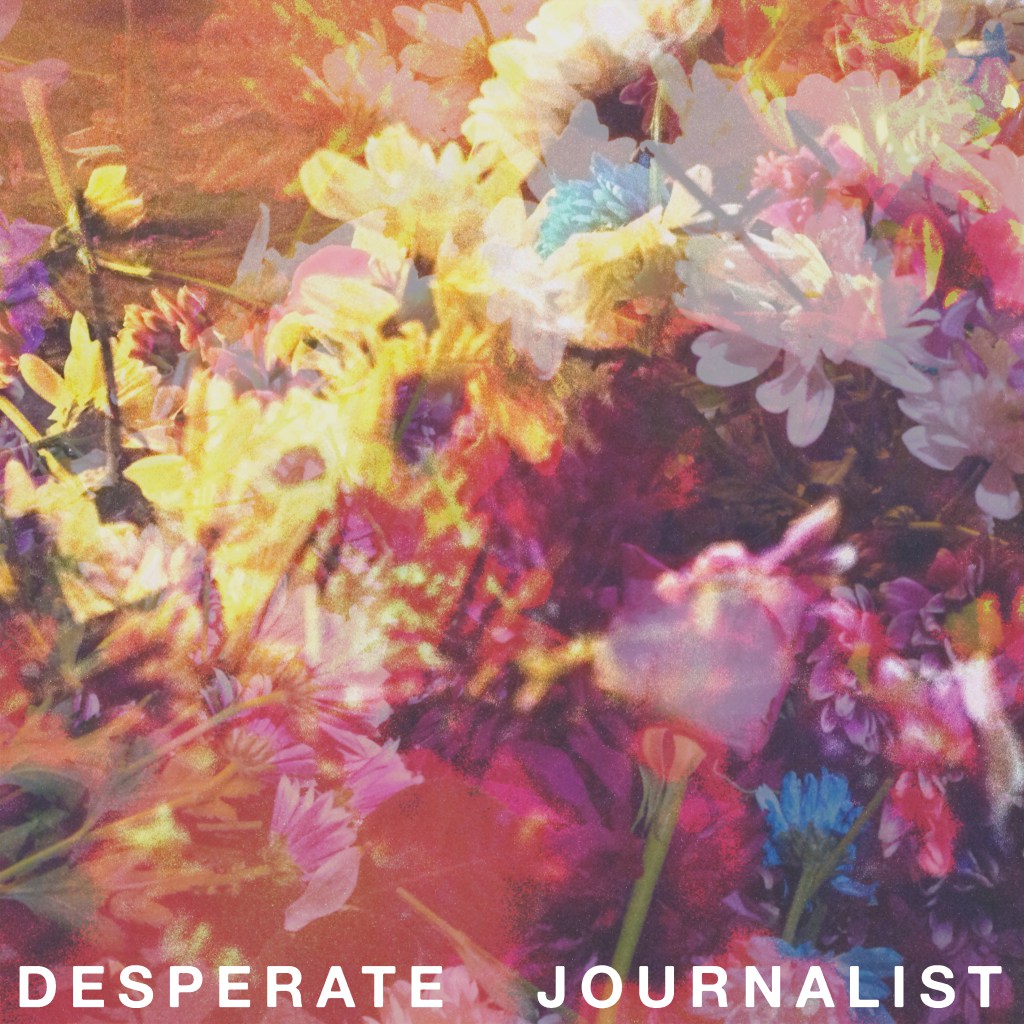 ‍Desperate Journalist launch straight into their fluffy rock music with opener and debut single ‘Control’. There’s no easing in to this album, no messing about, it’s straight to the point rock n roll. ‘Control’ gives a good indication to what the rest of Desperate Journalist is all about. It’s got unfaltering vocals, quirky riffs and funky hooks which become the formula of all songs in this album. The start of ‘Hesitate’ brings in a different sound as it builds up to the hammering rock instead of hurling into it. This track also begins to focus on nailing the lyrics and coaxing a spooky effect into the band’s sound which becomes unheard of afterwards. What makes this track so interesting is the way Jo Bevan’s (singer) holds back on her usually strong vocals for the verse and then proceeds to belt into her more powerful singing during the chorus. Bevan’s vocals is what gives Desperate Journalist their unique sound. Her effortless vocals hold their own amongst the wall of fuzz and instil a simple, yet distinct separation from other indie bands appearing on the scene.

Unfortunately, it appears that Desperate Journalist seem to hit its peak towards the middle of the album. ‘Remainder’ has a softer feel to the previous songs heard, creating a change in sound and ‘Distance’ provides a feeling of heartache as Bevan sings, “I’ve lost you”. Both ‘Distance’ and final track ‘Cement’, prove that this band have the ability to be something quite extraordinary, but they become shrouded by the other songs that don’t have quite the same stroke of genius. There seems to be a focus on simplicity within Desperate Journalist - particularly with all their song titles being one word - and if it wasn’t for the occasional exceptional riff, the songs would sound almost indistinguishable. Saying that, there is a tremendous breakdown in ‘Happening’ that needs to be prolonged.

Despite describing my occupation perfectly, there seems to be something missing from Desperate Journalist's debut. It isn’t a bad album, it’s just there is nothing thought-provoking or more-ish about it. You’re not left with a feeling of wanting to listen repeatedly again, and again, and again. There’s nothing to push to the band forward into a bracket where people will remember them. With the thousands of indie rock albums that are released each year, Desperate Journalist fail to leave a long and lasting impression.