Brighton-based Early Ghost are a welcome addition to the very much alive current neo-psych scene. The six-piece provide us with succinct, memorable riffs and kaleidoscopic guitars. 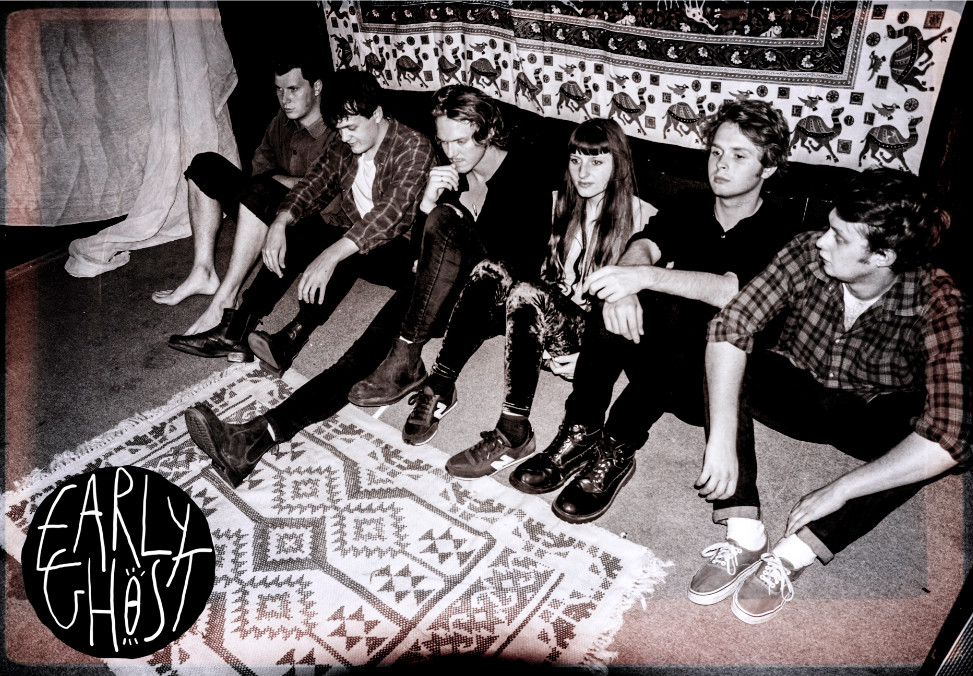 Brighton-based Early Ghost are a welcome addition to the very much alive current neo-psych scene. The six-piece provide us with succinct, memorable riffs and kaleidoscopic guitars.

Accompanied by a suitably hallucinatory video (filmed and edited by Ollie Thomas), these guys are an exciting and innovative act to emerge from the fledgling post-psych movement.

Early Ghost are thrilling and captivating in this trippy video, the only haunting features are the hazy camerawork and shadows that leave you hoping for a revisitation as opposed to preferring an exorcism. Smooth, subtle shots and a flurry of colour that builds up towards the end mirrors the relaxing sensation that only the subliminal psychedelic riff, such as that in ‘Everything Goes With It’, can supply you with.

An interesting mix of instruments spreading from brass to banjos could, on paper, give a slightly ominous feeling, but put into practice by Early Ghost is pleasantly effective. For such an eclectic array of mediums this video is pretty simple in the way that it has been pieced together, however ultimately this adds a nice overall balance to the soothing sound of the band.

With a new song rumoured to be appearing next week, there's no better time to acquaint yourself with the band.