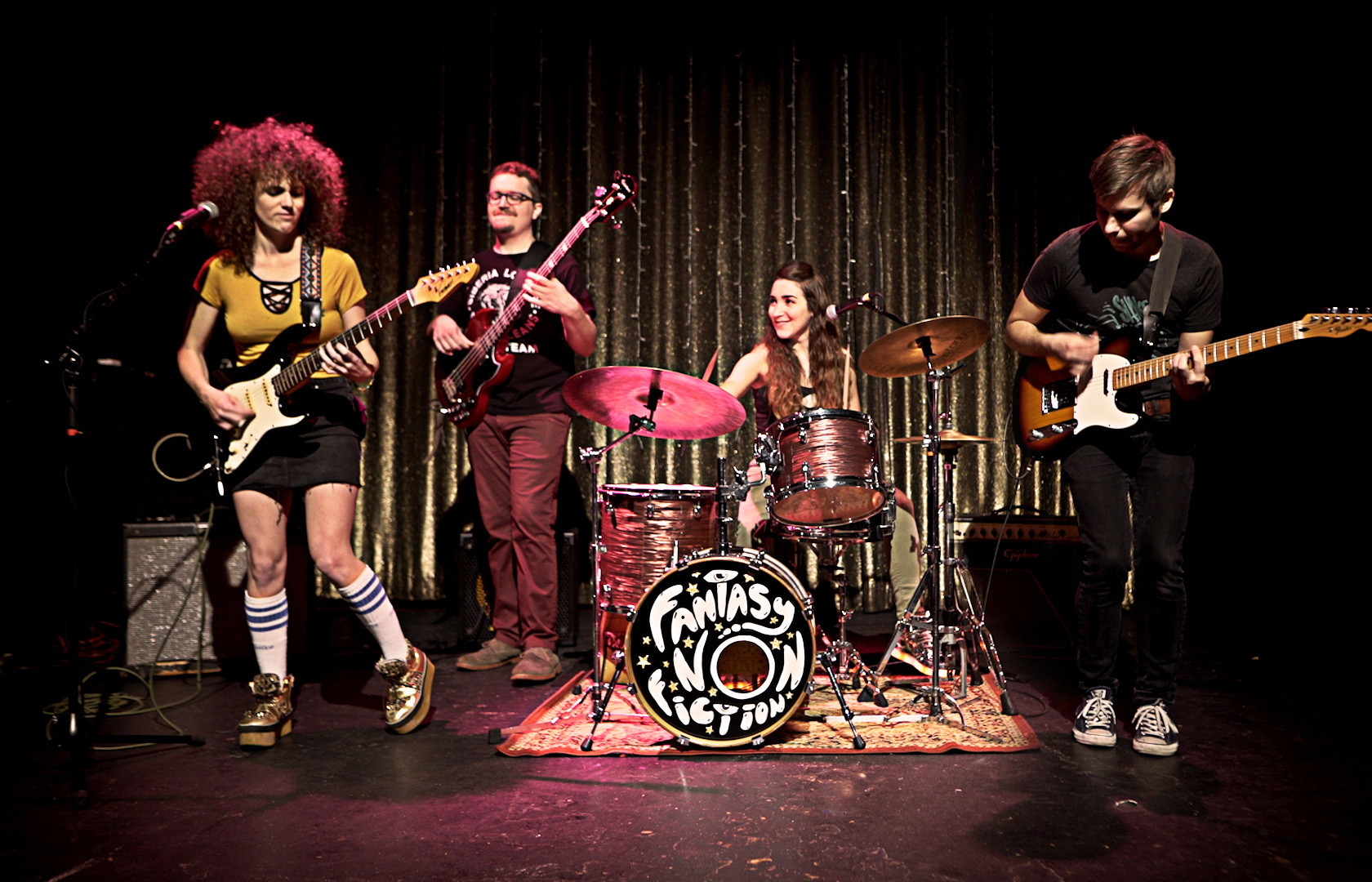 From the irrepressibly catchy chorus and the sweetness of its sentiment, through to the rolling hills of the guitar solo middle eight, 'Strange Effect' is as lovely as it is fuzzy. The vocals roll over a wall of guitars as even the bassist chimes in with chords, in addition to more rhythmic riffs. The result is a 90s guitar-heavy foundation, with hooky melodies and, unsurprisingly, crackling beats.

Led by drummer Rose Cangelosi, we're a little bit in love with New Orleans-based Fantasy Non Fiction. And 'Strange Effect' isn't the only song on the album that will grab your attention. Listen to the previous singles here.

Fantasy Non Fiction are releasing their self-titled debut album 08.05.20 (pre-order here). They've also announced that 40% of proceeds from album sales will be donated to people in need in their native New Orleans area due to the COVID-19 crisis through until 01.08.20.