Each morning we're bringing you the news, views and events from the night before at Flufferfest 2015. Go easy on us, we're feeling quite delicate, tired and emotional. 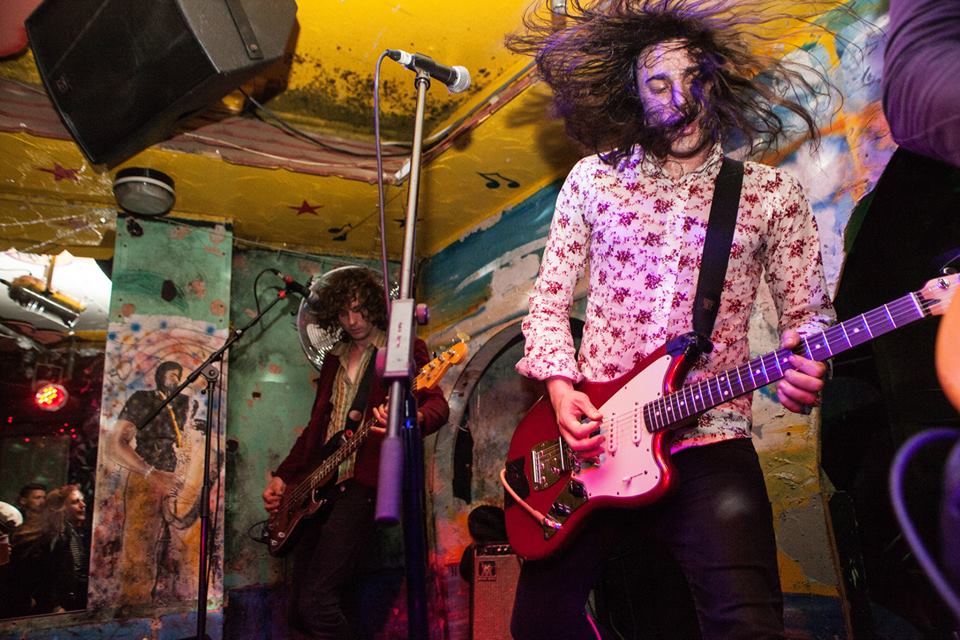 Each morning we're bringing you the news, views and events from the night before at Flufferfest 2015. Go easy on us, we're feeling quite delicate, tired and emotional.

First on the line-up, and kicking of Flufferfest by raising the bar pretty high, were Sunlight Service Group. Three guys making music that's too bright to be called doom and too psychedelic to be prog, will force the realisation that a well-timed flute solo is totally badass. Considering Sunlight Service Group were the first band of what promises to be a long and sweaty weekend, their performance made it feel like stepping into that room was stepping into three in the morning. I feel like last night I saw them at their best, and I went in thinking they were pretty great to begin with.

Next in the speedy turnover were Cassels, a band with the riff complexity and angry beauty of Tubelord, but with less emphasis on math. Their raw and magnetic energy is pure punk rock. Also, like all great punk bands, their music is natural, loud and overtly political; even inspirational. These brothers' recordings (as with Sunlight Service Group) do not do them justice. See them live. Soak it in.

Presumably named after the singer/ guitarist's boots, Pink Lizards were a classic heavy metal dream. With sweeping musical peaks and troughs, the leader (in every sense of the word) of the band switched between vocal and guitar performances to a vintage Vox organ. The band sported a bassist with one of the coolest bass sounds I've ever heard - like sexy jelly - and their drummer was tight he created a vacuum in the air around him. Pink Lizards have great songs and an incredible vibe; an immediately classic rock band.

I'll be honest with you, I missed Thee MVPs set. I was at the bar talking to the guitar player from Terminal Gods (playing today). I apologise. But I can tell you that everyone who did see them had an absolute blast. They launched their single to a huge crowd and their riffs went down a storm.

Finally, and spectacularly, headliners Bad For Lazarus absolutely smashed it. I'm ashamed to say that last night was the first time I'd seen them, but I can tell you with confidence that it won't be the last. The energy and the force of their music is just... huge. They put on an incredible show and injected something of their raving joy into the crowd. With the frontwoman of Pink Lizards back on Vox organ, two guitars doubling up and playing counter point to each other (also mirrored in the vocals), dangerously hefty bass lines and an almost inhuman drummer, there was very little not to like. Their music is just incredible, and they have a live performance to match. Stunning.

See you there today!