Alt rock band, Forest, released their music video for ‘Box’ back in April from their new EP Wisdom Tusk. Created and directed by Otis Moorman. 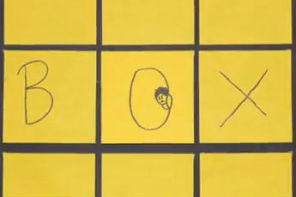 Alt rock band, Forest, released their music video for ‘Box’ back in April from their new EP Wisdom Tusk. Created and directed by Otis Moorman.

Initially, the video looks fairly simple and child-like, yet it reflects a much deeper and more powerful meaning about the limitations of life. Friend of the band, Otis Moorman, spent hours drawing on 1,323 Post-it notes, trying to emphasise the idea of the video which is, “all about limits being placed on you, and eventually using those limits to escape the box they put you in”.

One thing that’s really great about this video is that it looks very natural and matches the monotone sounds of Henry Barraclough (guitar, lead vocals, co-songwriter) and the soft and subtle guitar sounds from the rest of the band.