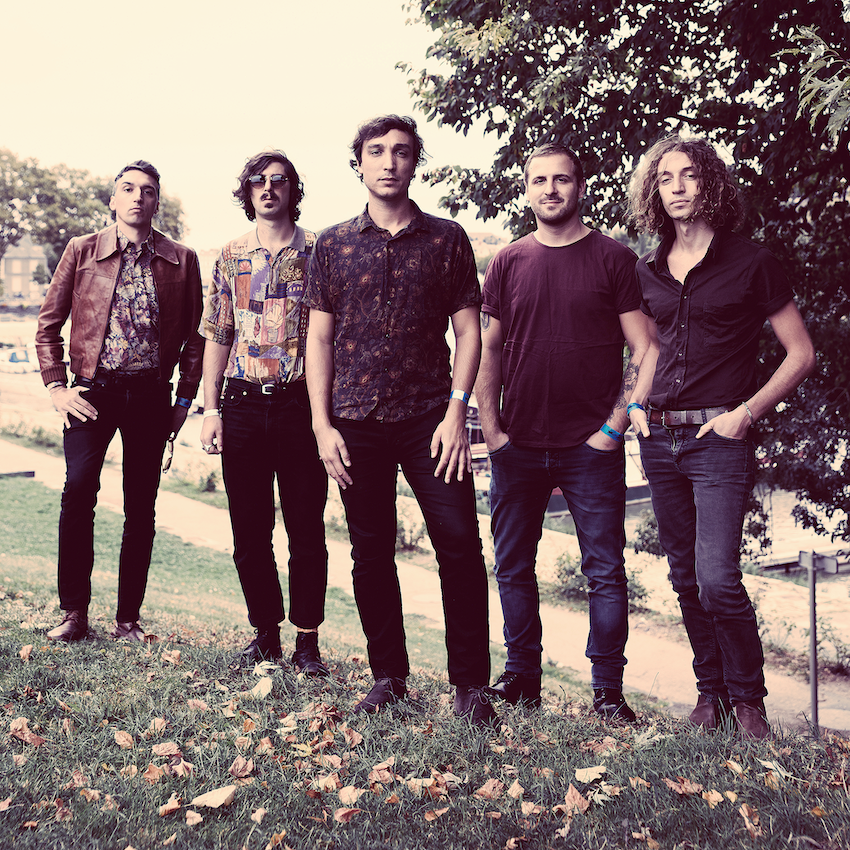 Europe's garage scene once again produces an unexpectedly mature treat in the form of Go!Zilla's latest release 'Hailing, It's Hailing'.

Go!Zilla are four Italian fuzzy psych peddlers, but 'Hailing, It's Hailing' is a little cooler than we expected. It's a testament to the still mutating state of modern garage bands. And since this lot formed in late 2011, they've transformed from spit and denim to a calm rebellion, full of melody and growing in ambition.

The band are Luca Landi (guitar/vocals), Mattia Biagiotti (guitar/vocals) Fabio Ricciolo (drums) and Niccolò Odori (Synth/percussion), and the track and its accompanying video are from Modern Jungle's Prisoners, out on the French label, Teenage Menopause Records.