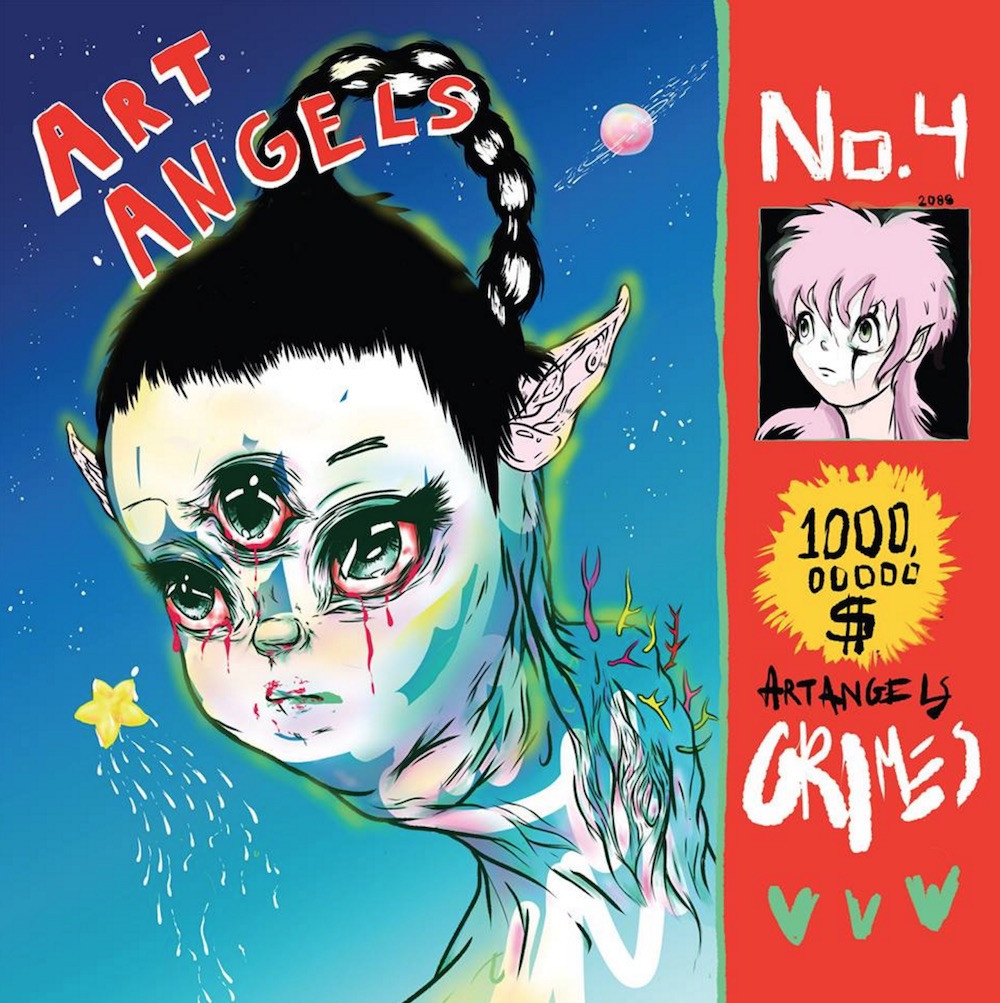 What is noticeable from the off with this record is just how strikingly different it is in tone to Grimes’ last album Visions, released in 2012. Compared to the loud and much heavier deployment of synths and samples in the previous album, Art Angels adopts a far more gentle style and softer, subtler ways of distorting her tracks and subsequently creating the classic Grimes aura of questioning and surrealism. ‘Easily’ brings this about pretty aptly, with a calm, vocals-orientated opening that translates into a gradual build up of punchy beats and quavering keys.

There really never is a dull moment in the album, which is particularly impressive seeing the overall shift towards the pop end of the musical spectrum in genre. But of course this is Grimes, and she could play a triangle with a spoon and still somehow make it cool (an idea for album number five? Maybe not). Opener ‘laughing and not being normal’ is all in delicate tension, in lowercase letters, evoked by the elusive violins and slight vocals. Later ‘Venus Fly’ is totally relentless in its dynamic vigour, and features the brilliantly brazen vocals of Janelle Monáe.

‘Kill V. Maim’ comes sixth, and if the impossibility that you have somehow managed to remain immune to the musical superpower that is Ms Boucher has occured, prepare for a melodic punch in the face. Undoubtedly the highlight of the album, this track emanates confidence and sass from its captivatingly succinct electronic riffs, intertwining with striking, zealous vocals. Although the standout track is recognisable in its difference to the other thirteen songs on Art Angels, this is not to say that the impact of the predominantly softer style is lessened; in fact as a result of this each track becomes more distinct, and Grimes has made yet another wise move in having the contrasts in structure and tempo amongst her album.

Closer ‘Butterfly’ allows Boucher to finalise her beautiful record with a flourish. The track flows gracefully and modestly, yet the underlying passion is blatantly apparent from Grimes’ sweet and faint albeit mysteriously hard-hitting vocals.

In short, Art Angels is completely and utterly wonderful. The album is a hugely bold and invigorative record, aiming and succeeding to not fit comfortably into any existing niche of the music industry, but to create one of its own.