Despite their seemingly happy disposition, Canada is a country that likes to produce bands who haven’t quite found the end of the rainbow and tend to wear their sunglasses at night. 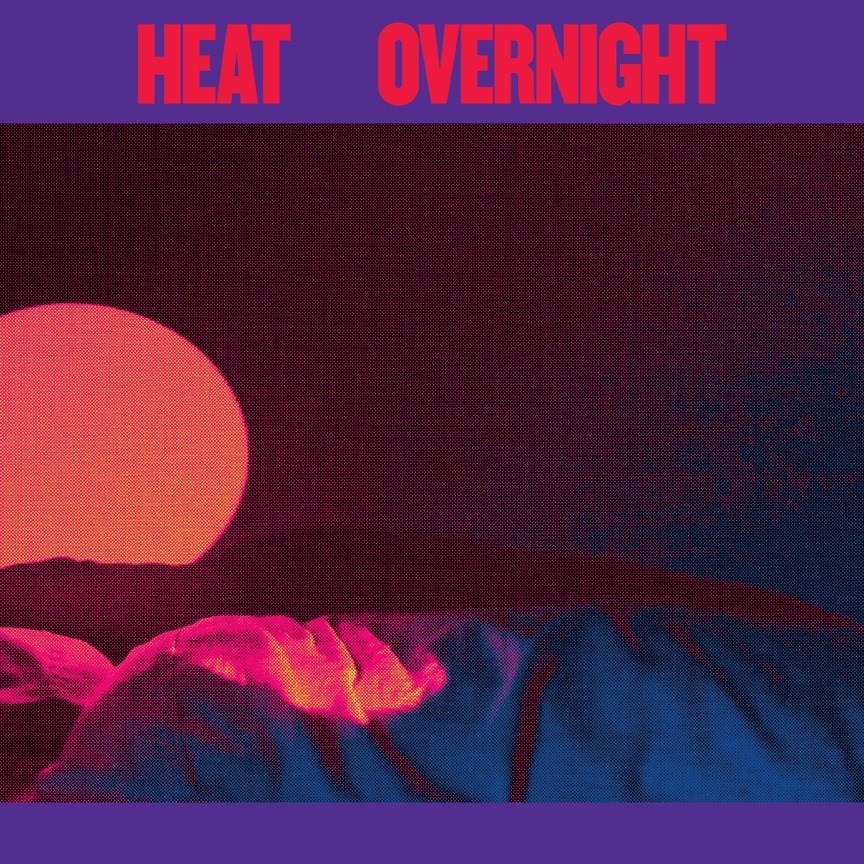 rating
Buy it on Bandcamp

Despite their seemingly happy disposition, Canada is a country that likes to produce bands who haven’t quite found the end of the rainbow and tend to wear their sunglasses at night.

The National and Arcade Fire have been flying the black flag for some years and it’s now Montreal hopefuls HEAT's turn to provide fifty more shades of the darker side. Susil Sharma (vocals, guitar, synths), Matthew Fiorentino (guitar, synths), and Raphael Bussieres (bass) turned several heads with their excellent EP Rooms. Sounding like The Velvet Underground and The Strokes with the ferocious guitars of The Jesus and the Mary Chain, Rooms had everything; hooky indie pop songs, a nonchalant attitude and a swagger that suggested HEAT could soon be considered another fine Canadian export.

So here we are, two years later and the band have finally released their debut album, Overnight through US independent label Topshelf Records. Releasing the record has not been plain-sailing with the band themselves describing the journey to finish Overnight as a "rocky road". To help them reach their potential, producer and Grammy Award winner Alex Newport (Death Cab for Cutie, At The Drive In) worked alongside them, and together they’ve produced something spectacular.

Overnight grabs you and takes you on a trip around the back alleys and hangouts of the band's equally loved and seemingly loathed home city of Montreal. The excellent opener ‘City Limits’ introduces you to the unique voice of singer Susil Sharma. Not dissimilar to Hope of the States frontman, Sam Herlihy, his gravelly, dulcet vocal is a defining instrument of the band’s sound.

It’s a real pop record front loaded with singles. ‘Sometimes’ is a nod to My Bloody Valentine with white noise fuzzy guitars, but it doesn’t want to stare at its shoes, instead it bangs on the door of early Teenage Fanclub, infectious and soaked in melody.

Actually, melody is everywhere on the record. The guitars on ‘The Unknown’ are akin to 4AD’s Merchandise, ‘Lush’ is dark and layered in eighties electronic drums and synths, while the intricate ‘Rose De Lima’ is a real standout with dreamy shoegazey guitars and eerie French, spoken vocals. ‘Still, Soft’ is all Shangri-la tribal drums and feedback drenched guitars. Album closer ‘Chains’ a track that has been with the band from their earlier days, here finally given a platform. At seven minutes in length it’s anthemic, elegant and ferocious; a clear statement of intent from the band and a fitting finale to their debut. It leaves us in no doubt that they’re here for the duration.

Overnight has been a while in the making, but it is ambitious and innovative. It's relentless at times, and, with high expectations after their initial introduction in 2014, it marks the progression of a band who are probably sick and tired of comparisons from the likes of me, and content that they’ve produced an album that stands alone as a solid record. If HEAT’s sizzling debut is setting the standard for 2017 then 2016, all is forgiven.