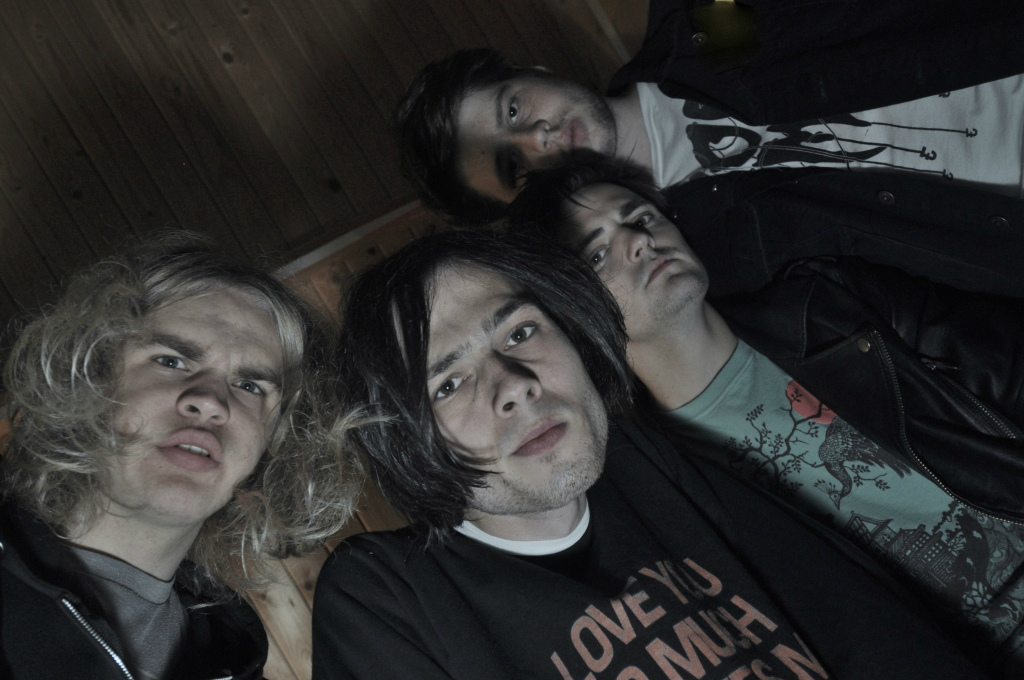 Getting a support slot for a DZ Deathrays as one of your first shows is pretty cool, but when you listen to Hyena's debut single, ‘Mental Home’, you realise why they got such a gig. Hyena are rock with a punk edge. They’ve got everything you want in a band; heavy riffs, raw vocals and the guts to make some epic music. With the release of ‘Mental Home’ on 17.11.14, (Red Venom Records) there’s no doubt that Hyena will be all over 2015.

Raw Meat: Tell us about your local music scene; what's your favourite local venue, are there any record labels or stores we should look up, what's the scene like where you're from?
Hyena: There isn't really a music scene in Telford. There's one venue called The Haygate which actually has live bands on. A cool label called Distorted Tapes are from near to us, they put out God Damn's early stuff and some other wicked records!

Name one track or band that you love from the past.
I really love 'A New Rose' by The Damned. It's my favourite punk song ever. The drums and guitars sound so shitty and distorted but that's what makes it great - if it was all polished it just wouldn't kick as hard.

Name one track or band that you're loving right now.
Maybe I shouldn't admit this, but my favourite song right now is that Hozier tune. The recorded version was okay, but then I saw him do it on Jools Holland and it sounded so cool, the guitars were much louder and dirtier which made it sound like something from Humbug. The lyrics are ace too.

Name one track or band that you think we should be listening out for in the future.
Bad Grammar, they have new stuff on the way which will be awesome and they're one of the best live bands around.

What are you up to now?
We're just about to announce and stream our debut single 'Mental Home' which is cool. Excited to get some music out!

What can we expect from you next?
Hopefully we're gonna do quite a few shows before the end of the year, and we're gonna put out a B-side to 'Mental Home', which is the heaviest song we've ever done. I'm looking forward to seeing people scowl at that!