“You guys have been really lovely to us in the past. I’m glad you’re liking what we’re putting out. I’m glad we’re still doing you proud.” 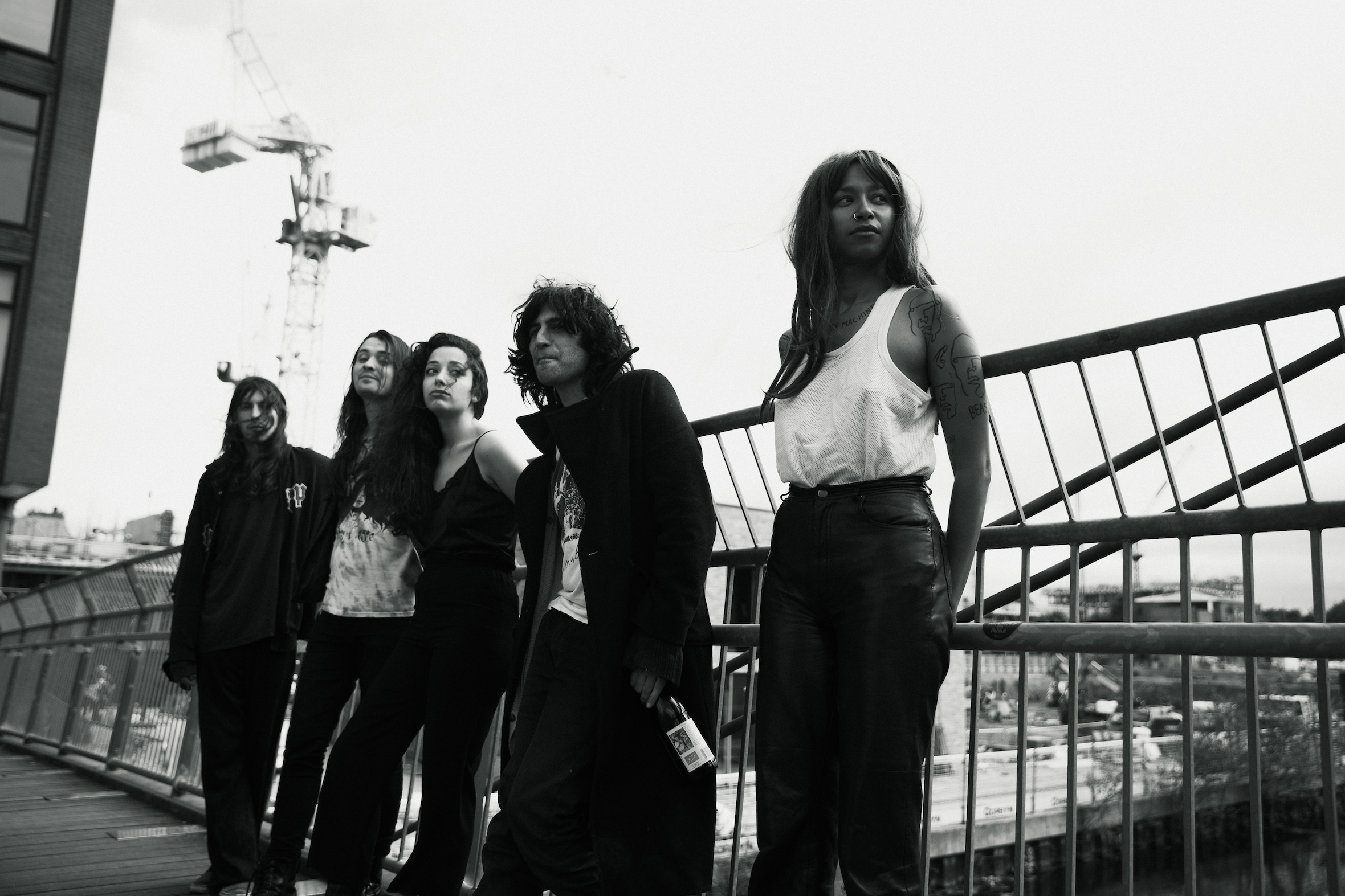 “You guys have been really lovely to us in the past. I’m glad you’re liking what we’re putting out. I’m glad we’re still doing you proud.”

Arrows of Love are one of the greatest live bands to come out of East London in recent years. And while they stomp across the globe on their biggest tour yet, you can read what makes them tick.

I spoke to the disarmingly sweet cornerstones of Arrows of Love, Nima and Nuha just after they had played a not-so-secret gig under the name Project Cunt. The alias, accidentally chosen for them by a member of Ulrika Spacek was used at a new-tooth fundraiser for a tour manager friend of theirs, Andrew, who had been beaten up and had one of his teeth knocked out.

When talking about their new album, Product (produced by Mikko Gordon) they are both bashfully proud, always referring to the team of people that have worked with them to create it. As well as excited and eager to take the new material on the road and show it off. Like a kid with a good-looking frog in its hands.

Nuha: It’s been a long time coming so thank fuck it’s coming out! At the minute we’re just excited about getting to go out and tour it. That’s the fun bit.
Nima: It was like a new chapter for us, going into this second album. We’re proud of how things have evolved from the first album (Everything’s Fucked, 1-2-3-4 Records) to this one. That development is something I like seeing in bands as a listener, so I’m proud that we’ve produced something that represents where we’re at right now.

Unlike the snotty, ball of energy snapshot of a live band that Everything’s Fucked charmingly was, Product has been treated as a new medium; something that speaks volumes for both their development and their potential.

Nuha: We found that the album organically made itself into three sectors. Songs that were more reminiscent of our first album, some transitional songs that crossed over to where we are now, and then some that are completely new territory. It just happened that way.

The record is a varied and electrifying art-punk insight (“The idea of being called a rock band makes me a little sick in my mouth. - Nima). Songs like ‘Parts That Make The Whole’ exorcise personal anguish from Nima, while Nuha’s writing peppers her personal perspective across the album, whether that ends up in the conceptual, political or downright feral moments that you hear throughout.

An inseparable duo, the two play off each other non-stop. Everything you hear came from them together, challenging each other constantly; a pretty solid partnership all the way.

Already with a couple of EP concepts planned and a third album twinkling in their eyes, the pair don’t tend to look back to much, happier to charge forward, focussed on what’s next.

Nima started our conversation saying, “You guys have been really lovely to us in the past. I’m glad you’re liking what we’re putting out. I’m glad we’re still doing you proud.” With a sophomore album like Product, with all its vitriolic twists and ear-prickingly experimental turns, we’re not the only ones they’re doing proud.

Please, please see Arrows of Love live if you can. You won't regret it.

Product is out now via I’m Not From London Records