Finn D'Albert managed to grab some screen time with Raw Meat's post-punk heroinnes, Madonnatron ahead of their seasonally-appropriate headline show this Saturday in East London. 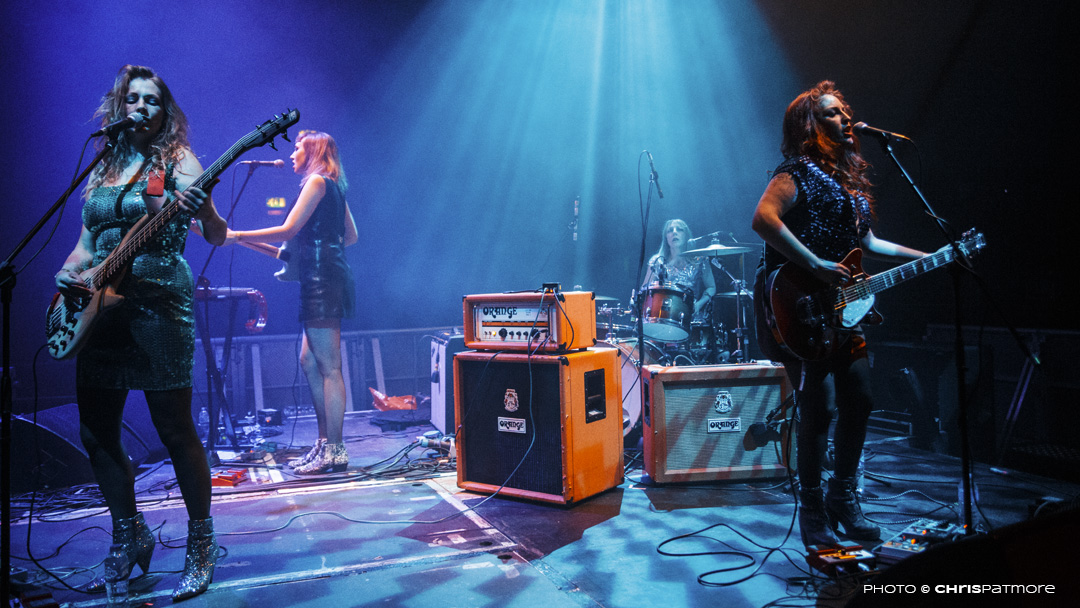 Finn D'Albert managed to grab some screen time with Raw Meat's post-punk heroinnes, Madonnatron ahead of their seasonally-appropriate headline show this Saturday in East London.

If you've been living under a rock with your fingers in your ears / haven't been online this month, you might not have heard about our Halloween party on Saturday. It's a time of year both Josh (Roadkill Records) and I love, and every band was picked for the hierarchy of places they hold in our cold black hearts. Which is one reason why you'll find Madonnatron at the top of the thoroughly excellent (if we do say so ourselves (Josh and I, not the royal we)) bill.

RAW MEAT: What’s your least favourite thing about being in a band right now?
MADONNATRON: That's a hard question because at the risk of sounding too evangelical about it, we are all very dedicated to music and to being in a band and it's something we love, or we wouldn't be busting our sweet arses to try to do it. That's probably the answer - the difficulty with being in a band is that the musical side is often compromised by the fact that none of us are beneficiaries so to speak, so we are all working to keep things afloat. We are trying to fit our music around our work and our work around our music, and all dearly wish it was the 1970s and bands were ripping it up so we could spend the majority of our time making music, not just our "spare" (inverted commas galore!!!!!!) time.

…and so we’re not off to too much of a negative start, what’s your favourite thing about it?
‍To risk the clichés,  the obvious answer surely for anyone making music is the opportunity for expression, the communication. Also the chance to venture beyond the M25 and see some of the otherwise mythological places and people of our fair green isle and beyond. My heart always skips a beat when venues throw in free food and drink! What is not to love???

Could you tell me about your latest release? And how (if at all) your process of write/record/release has changed over the last year since your debut on Trashmouth.
‍Our most recent offering was the double A side 'Mermaids' and 'Ich Liebe Dich' (our silky pink alternative for Serge and the speakers of Deutsch alike). Mermaids was the first song we wrote together after Joanie joined the band at the beginning of last year,  and we wrote it pretty much on the spot. It just materialised and we made tweaks and adjustments thereafter. 'Ich Liebe Dich' was kind of thrown together (can you tell???) at Trashmouth one afternoon in the hope it could work. We think it did and is glorious. Basically with new energies combined and more confidence in our technical ability than before, writing songs is a lot swifter and less painstaking a process.

I absolutely love ‘Mermaids’. To me it feels like a sixties girl group crossed with Nick Cave. What were your influences on this track and your more recent writing? And were you aiming for anything specific?
‍As I say it was a very spontaneous arrival. We all adore Nick Cave (what a splendid man) and are aware of course that he has a track with the title 'Mermaids', but our title is in fact derived from a made up childhood game. The song has various connotations for many I'm sure, but loosely speaking it is about demise, seediness, chaos, acceptance and a bit of bitterness is always fun.
Influences on the emerging album augment around killer snakes, elderly lovers, womanising television personalities, Hindu demons, nihilistic sex hook ups and screen goddesses of our choosing.

We ask everyone what their favourite tracks or artists/ bands are from the past, the present, and who they think we should be listening out for in the future - I’d love to know each of yours.
Charlotte: Kate Bush is religious in status to me. I love the Broken English album by Marianne Faithfull. I'm a massive disco person and have an unabashed addiction to eighties pop. I think the eighties was a very interesting and experimental time with the advent of gadgetry and the trial and error factor when using all the new synths and ting.
Joanie: Love a bit of Throbbing Gristle, especially Hot on the Heels of Love.
Stef: All sorts - Bongwater, La Femme, Delta blues, Italo disco.
Beth: Also all sorts of things, Stooges, Can, a bit of Bronski Beat, Funkadelic, basically anything with soul and groove and/ or menace.
Current bands we dig include Sex Cells, Warmduscher, Deep Tan, Melt Dunes, Pink Eye Club, Jack Medley’s Secure Men, Black Midi and Amyl & The Sniffers.