Kim Simmons caught up with The Faim (previously Small Town Heroes) ahead of their performance at Slam Dunk Festival 2018. 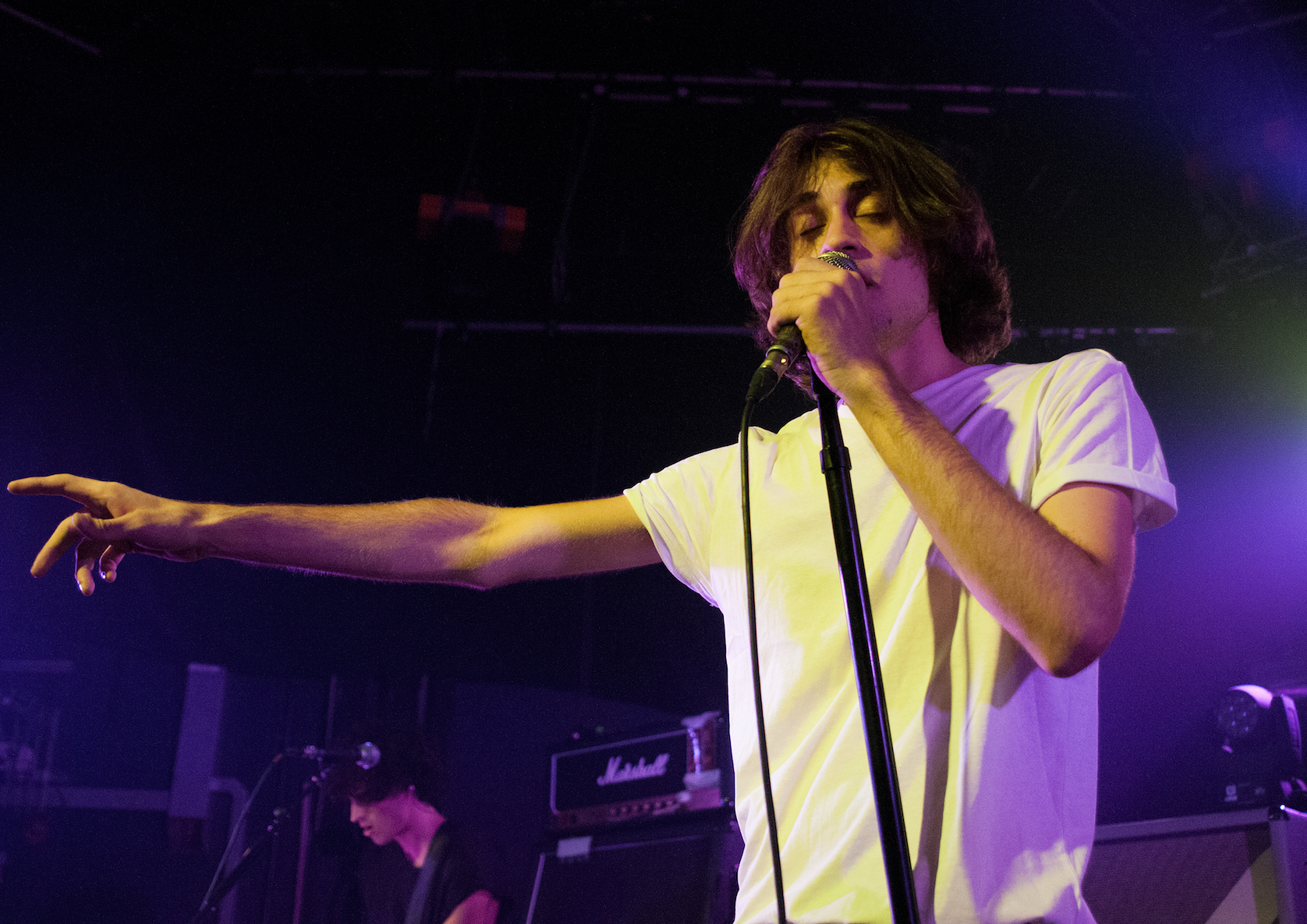 Kim Simmons caught up with The Faim (previously Small Town Heroes) ahead of their performance at Slam Dunk Festival 2018.

Slam Dunk Festival is right around the corner. I've known of the event in previous years, but never actually attended. This year, I can't pass up the opportunity to go. The line up is one of the strongest that the festival has ever had; with headline acts Good Charlotte and Jimmy Eat World, it's pretty hard to dispute. For me, one act that I'm particularly looking forward to in Hatfield is Australia's latest export, The Faim.

Founded in November 2014 The Faim have been working hard on their awesome sound. Their musical influences include that of Blink 182, 5 Seconds of Summer, All Time Low and Fall Out Boy. If you like the pop-punk music scene, then these guys are for you.  When I first heard their music, I actually felt like I was listening to a vintage Fall Out Boy track (ashamed that I must have forgotten a long lost song). Their music took me back to my glorious emo teenage years.

The Faim have recently signed a recording deal with BMG and released their "debut" single, the catchy, edgy, 'The Saints of the Sinners'. And smashed out the follow up release 'Midland Line'. My favourite single by the quartet, it's about a relationship/friendship and ticks a lot of riff, distortion and all-important emo boxes. I'm already a firm fan.

Answers are from Michael Bono, lead guitarist and bassist (!), thanks for taking some time for us.

RAW MEAT: How's the tour going? Any stories to share or moments that have stood out for you?
MB: It’s going great so far, we’re having the time of our lives meeting new people every night in different venues. My favourite show so far has been Southampton. The crowd was so responsive and energetic and we couldn’t have asked for more.
Also Josh set the toaster on fire this morning and it was hysterical!

How do the shows here in the UK compare to the ones back home in Australia?
Playing in the UK has been amazing so far. People are willing to come down to a show, listen to a band they’ve never heard before and buy a shirt. It’s madness. Back in Perth we have a small but very passionate music scene. We love and miss our fans back home. Without them we wouldn’t be here on tour in the UK.

Are there any acts that you are looking forward to seeing perform at Slam Dunk?
It’s such a big privilege to be sharing the stage with such an amazing lineup. We can’t wait to see some of our favourite bands like as Good Charlotte, Jimmy Eat World, Northlane, PVRIS, State Champs and Sleeping With Sirens!

I've read that your debut album is due for release this year have you set an official release date yet? Also, what can we expect from from the album?
We can’t say much about the release date at the moment but what we can say is that it will be worth the wait! The album, sonically, is very diverse. I feel like it represents us perfectly as we all vary in music taste. The process of getting to the end product has been different to anything we’ve ever experienced too, as we'd finish a song using only keys, guitar and vocals first. Once we have majority of the song complete we then play with production and add what ever suits the vibe of the song best.

The Australian accent is one that everyone can easily recognise, but which band member can deliver the best British accent?
That’s a tough one since we’re all pretty horrible at it. But if there was a winner I’d have to choose Sean (even though that’s kinda cheating since he was originally born in the UK). He really nails those cliche lines haha!

The Faim are currently touring the UK and are definitely worth seeing live.

Images were shot by the excellent Kane Howie at Cambridge Junction, where The Faim were supporting Lower Than Atlantis.