IS TROPICAL's new album Black Anything is being released in five parts, across five continents, and so far it's all pretty awesome. 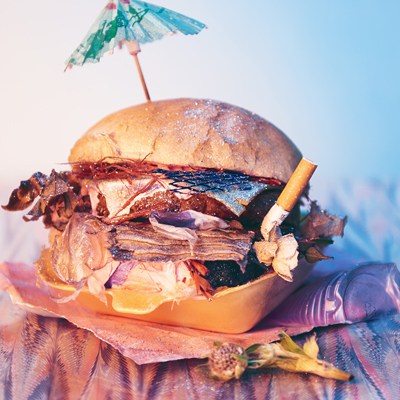 IS TROPICAL's new album Black Anything is being released in five parts, across five continents, and so far it's all pretty awesome.

'Crawl', and much of IS TROPICAL's other output is a delightful mix of distorted minimalist guitar, simple repeated melodic hooks and addictive glitchy electronic beats under an equally glitchy and electronic bass line. 'On My Way' has similar computer music delights and surreal rustles, but with an added intimacy. The vulnerability of the vocal melody and the distance in the backing vocals leads you to forget quite how robotic the rest of the track actually is. Not robotic as in emotionless, but in its watertight repetitions and layerings; that, once built, are slowly deconstructed as the track comes to a close.

IS TROPICAL are as enthralling as ever on these new releases, and the way that they're being released - piece by piece - is a clear indication of how important it is that we sit with each, give it due attention, and dissect it before we move on.