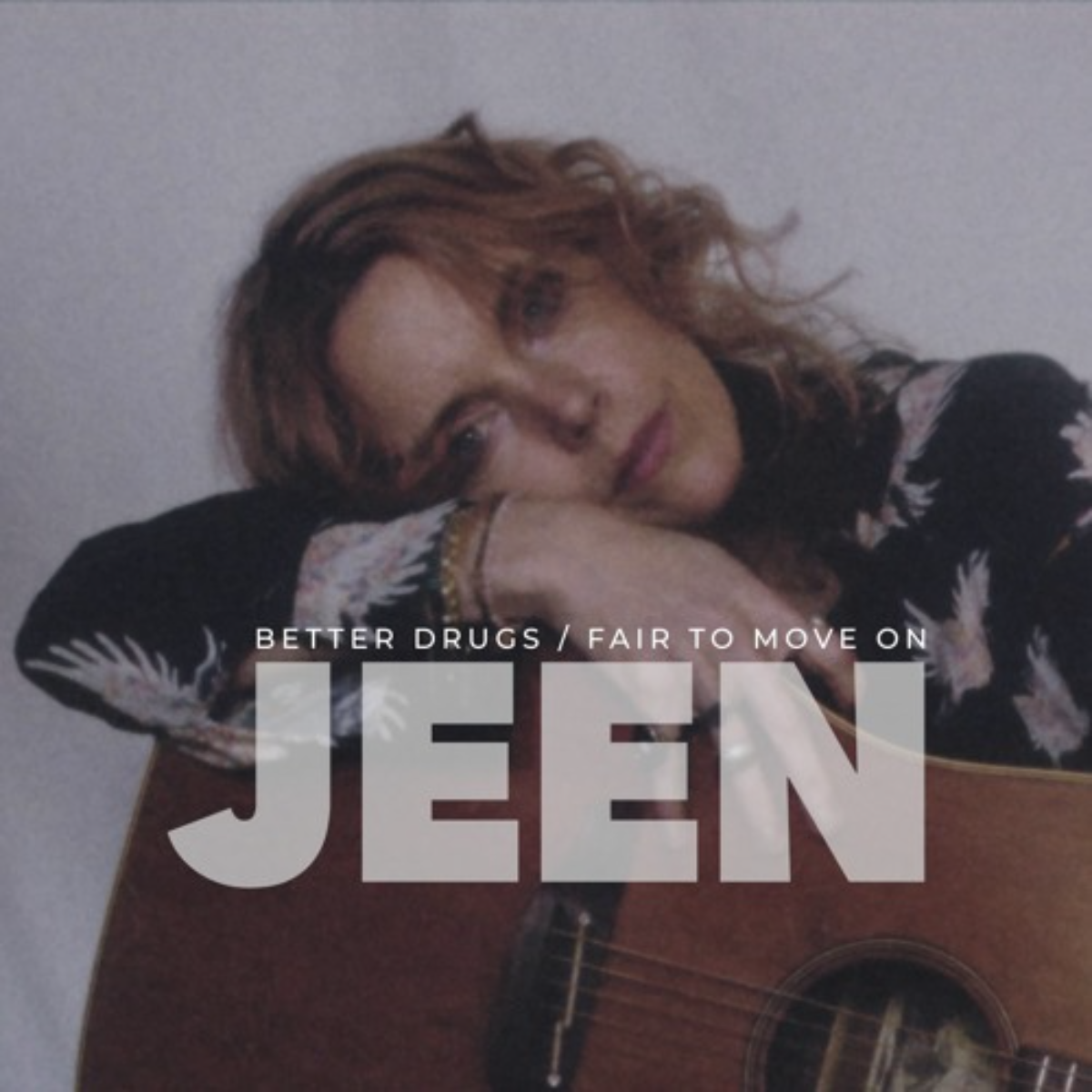 Our single of the week is part of a double single release from Canada's JEEN.

Riffy with double-tracked vocals and quicksand fuzz, the single is grunge at its finest. JEEN is a bit of an anomaly. With press releases that are written more like personal emails, and everything written, produced, photographed from a DIY standpoint, it's like your friend sharing their latest bedroom project with you. If your friend was a fantastic songwriter (Jeen composes for film and TV) with a swagger that's simultaneously melancholy and uplifting.

Both 'Better Drugs' and its AA-side, 'Fair To Move On' will be on her next LP, Dog Bite, out October 2021 and co-produced with bandmate, Ian Blurton (Change of Heart, C'mon, Future Now).