The last weekend of July has to be the busiest of the music festival calendar; when seemingly all niche, boutique, small-to-medium festivals competed for both audiences and artists. 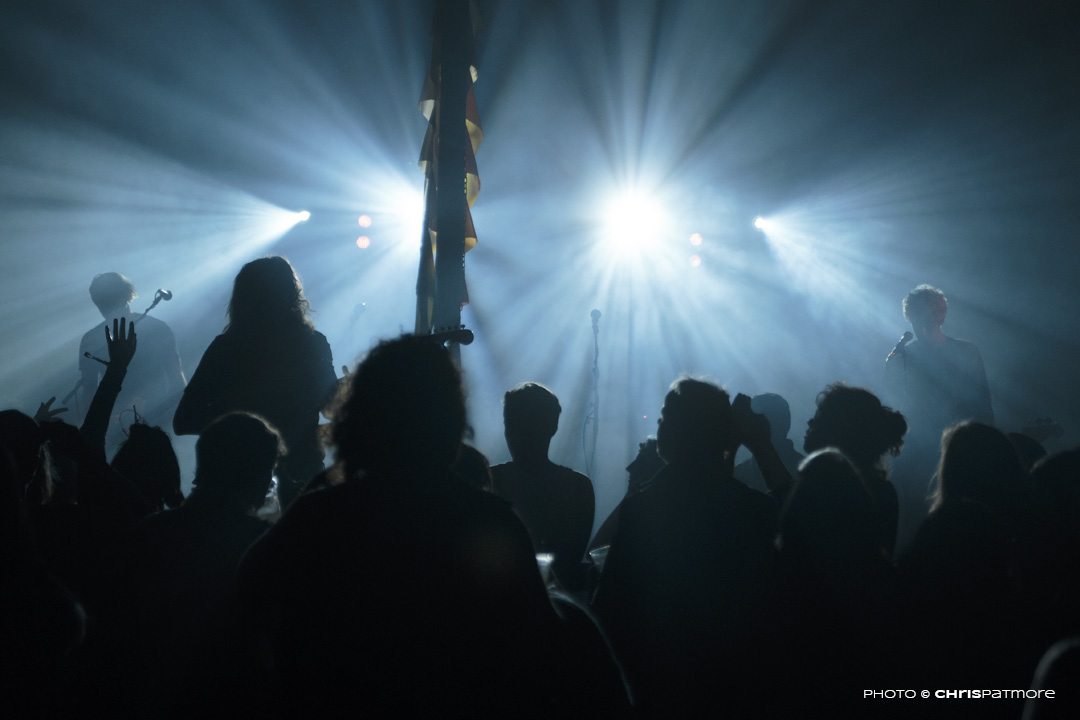 The last weekend of July has to be the busiest of the music festival calendar; when seemingly all niche, boutique, small-to-medium festivals competed for both audiences and artists.

For those of us that don’t like to follow the crowds (or simply want to avoid them), this was our weekend to venture into a field, with a tent and sleeping bag (mattress optional, but advisable) and catch the best of the up-and-coming bands, or the more obscure ones that don’t get invited to even the most esoteric of Glastonbury’s stages.

With so much on offer, how does one choose? For “world music” aficionados, WOMAD is the obvious choice, but for the majority of the rest, with their similar lineups, it was usually down to picking a particular artist that wasn’t playing elsewhere, or simply down to proximity to home. For the folks that live south of the Thames, and considerably north of Brighton, the word has been LeeFest. After taking a year off it was back, and much bigger. From its now legendary genesis in the garden of Lee Denny’s parents’  home in 2006, to its recent awards for Best Grassroots Festival at the UK Festival Awards, and Best Festival at the Association of Independent Music Awards, it was time to become a proper grown-up festival, except, like so many of us that steadfastly refuse to grow up (once you become a grown-up it means you’ve stopped growing), it seemed appropriate that the festival should take on The Neverland theme, with its lost boys, pirates, fairies and mermaids.

I have to admit that my festival experience is somewhat limited. Despite the fact that seeing the movie Woodstock back in 1970 had a profound effect on my young mind, it was almost another four decades before I actually attended my first three-day festival, one of the early Latitude Festivals, which also began the same year as LeeFest. With so little to draw comparisons with, it is still fair to say that this year’s LeeFest reminded me of those early Latitude festivals (minus the corporate backing and infrastructure). The rural setting, the relaxed family vibe, the concealed the after-dark hedonism, and, of course, great indie music - why would you go to all the discomfort of attending a festival if you didn’t want to see and hear live music? Unless the aforementioned late-night DJ-driven hedonism was your thing, which it clearly was for a lot of people, judging by the sparsity of those attending the afternoon live music sets.

All the extracurricular activities, such as cabaret, poetry, films and disco dancing were of little attraction. If there weren’t people playing instruments, I wasn’t going to be there. The only drum ‘n’  bass for me was people playing real drums and real bass. And to Lee’s credit he put on a solid, diverse lineup, from opening on Thursday evening with the ethereal musings of Peluché, to closing with secret guests, punk rioters Frank Carter & The Rattlesnakes, there was something for every taste. With fifty acts spread across three stages, it was impossible to catch ‘em all, although I did see about thirty-five of them.

Thursday was easy, as there were only four acts on the Tootles Circus tent stage. After the previously mentioned Peluché, came London rapper Loyle Carner sporting a heavily bandaged index finger. His set got the audience jumping and showed what their flava was going to be. Indie darlings Everything Everything proved why their star is very much in the ascendent, and Ghostpoet confirmed that those awards weren’t a fluke.

Friday, and Peluché reprised their previous night’s set to open the main Bangerang stage and ease everyone into the day as the sun passed over the meridian, even if it was somewhat obscured by clouds. Highlights from the day included some superb blues-soul from Seramic; Clean Cut Kid showed their blues-rock roots; Formation brought percussive rhythms with some brilliant drumming; Get Inuit proved that pop-punk and the Kent music scene is very much alive. Little Simz and Roots Manuva both highlighted the crowds love for the beats of hip hop and rap. Performing their first festival headline set, Circa Waves left no doubt that they are destined for much bigger stages, and it sounds like Spring King won't be too far behind them.

Saturday, the final day of the festival, was also jam-packed. With most of the punters having only recently gone to sleep after the previous night’s debauchery, She Drew The Gun played a nevertheless brilliant set to an almost empty field in front of the Bangerang stage, and most of those listening were queuing up for the only real coffee on the site. In fact, most of the acts on the main stage throughout the afternoon were easy like a Sunday morning (despite it being Saturday), with the dulcet tones of Hannah Lou Clark, Hannah Trigwell and Submotion Orchestra. Sandwiched, incongruously, between them was Nimmo. I’m not a fan of electronica music, but Nimmo put on a brilliant high-energy set that would have gone down even better in Shura’s early evening slot, with Shura’s mellower vibes more suiting the afternoon crowd.

With my proclivity for guitar rock, We Are Scientists were the highlight of the main stage for me, but it was in the dark, dirty and hot Hooks Rock tent that my appetite was sated. The Pearl Harts, Demob Happy and Skinny Girl Diet brought plenty of noise, but it was Queen Kwong that was, for me, the highlight of the festival; an explosion of distorted energy driven by Wes Borland’s guitar noise. To walk out of that almost empty tent to hear the complete antithesis that was Lianne La Havas playing to a packed, rapturous main stage audience, just didn’t make sense to me. For reasons of my own personal health and safety, I avoided the Frank Carter set and rounded out the festival with some slightly lighter pop-punk from VANT.

All in all a fantastic weekend and I’m definitely glad I opted for this one out of all those on offer, not only for the music and its proximity to home, but also for personable size. There was never a feeling of being overwhelmed. Leaving the site on a Sunday is a great idea (Southern Rail cancellations aside). My only complaint/ suggestion would be directed at the catering: hotdogs, hamburgers, cheese sandwiches and cupcakes (even if they are all of a gourmet variety) may be the food of Neverland, but a bit more variety for more sophisticated, as well as veggie, palates wouldn’t go amiss. It certainly feels like the festival will continue to grow, and that this year was an important and pivotal moment that I was glad to have been part of. Good one Lee.

All images are by the legendary Chris Patmore.