Liam Finn’s third offering. A brilliant yet frustrating listen, The Nihilist is an overcrowded, slowly chugging train of fantastic ideas. Is it worth staying on until the final stop? 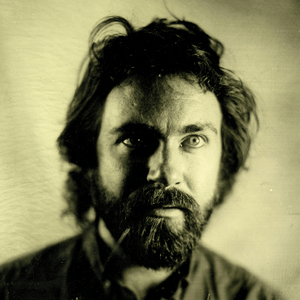 Liam Finn’s third offering. A brilliant yet frustrating listen, The Nihilist is an overcrowded, slowly chugging train of fantastic ideas. Is it worth staying on until the final stop?

On first listening it’s hard not to be seduced by Liam Finn's third album opener; 'Ocean Emmanuelle'. The song grips you with creamy layered vocals, slowly building into a pulsing chorus; a powerful brooding opening, reminiscent of The XX. It would be easy to sit back, relax and let Liam Finn drive you through the rest of his album, but you would be deeply mistaken to do so. By the end of the second track 'The Nihilist', Liam twists his falsetto into a style more reminiscent of Prince, the pulsing here isn't relaxing. It’s sex combined with tribal backing vocals and sparse wispy guitar breaks. It’s clear he is not afraid of swiftly changing direction or completely coming off the tracks.

This is my frustration with The Nihilist as an album, it’s so full of fresh ideas, but painfully inconsistent with its quality. You could pass it off as his style as an artist, never holding true to a sound that you could categorise his music with, Liam Finn makes something amazing, then batters you with it. A double edged sword, moments of genius turned stale through repetition, and powerful energy marred by sudden loss in momentum; songs noticeably struggle to close out.

The album has plenty of standout tracks including gorgeous single 'Snug As Fuck' where Liam Finn's honed falsetto shines. An uplifting, ever building, beautiful track that culminates in a guitar solo that could so easily have fallen into the great pit of cheesy guitar solo outros, but instead it’s relaxed, not self-indulgent and leaves you craving more - and there is more, if you're willing to find it. "Put on your frisky tights", he demands, opening '4 Track Stomper', and you will when the guitar kicks in. It’s sexy, and if 'Snug As Fuck' is Liam Finn being sweet, this is him taking advantage of your ears that he's previously groomed. By the final track, 'Wrestle With Dad', Liam’s finally cracked it, with its Eastern infused instrumentation, simple pounding drum machine and distorted vocals. His album of off-kilter unpredictable pop has its flagship track.

The Nihilist is an album that never quite lets you get comfortable. It leaves you smiling, confused and stuck between loving its high moments and not hating its lows, just being disappointed with them.