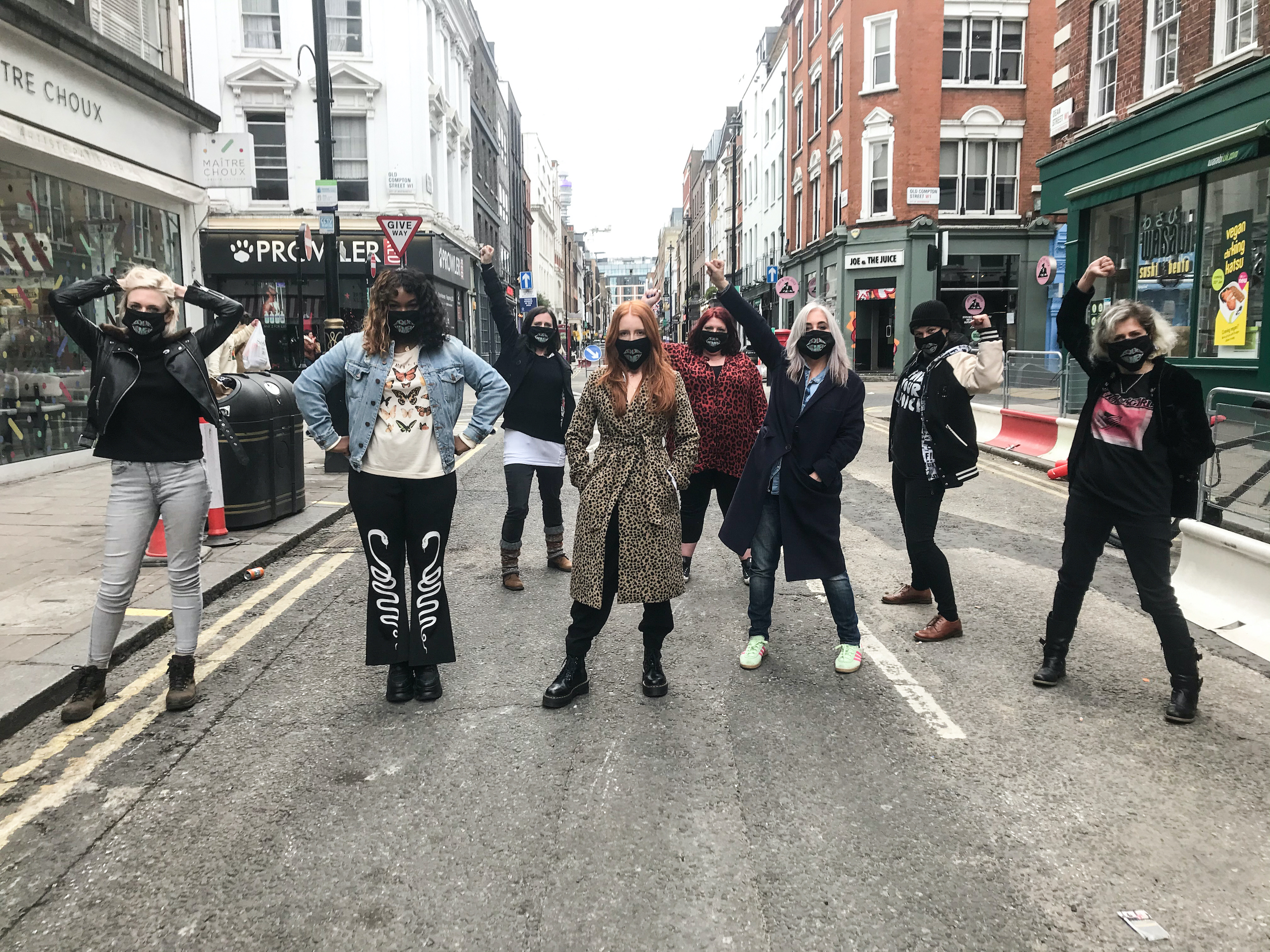 I am the editor and co-founder of Raw Meat. I am a woman, and to make matters even worse, I am a lesbian. I've been physically beaten (several times) for... having short hair and not being a man, basically.

I have been to hospital twice after being attacked by total strangers in the street. I have seen my male friends hospitalised when jumping to my defence. I can not list the number of times I've been verbally abused, feared for my safety or broken into a sprint on my way home. I wouldn't know where to start.

But what makes this particular article so easy to write in spite of itself, is that this wonderful thing - a thing as little and silly as a song - is so much bigger that itself. It's brilliant.

Reprehensible violence and politics aside, a relentless driving bass line and swaying guitar lines thunder over whipcrack drums, creating the bed for no less than 64 voices. A formidable choir. Quite literally strength in numbers.

The song was written by Loud Women’s founder, Cassie Fox (also of Guttfull and I, Doris), with a rap break written and performed by Brix Smith (The Fall, Brix & the Extricated) that'll rattle your bones into battle mode. The band is a female and non-binary supergroup, starring members of pretty much anything good since the 90s, and the video was created by our own incredible contributor Kiera Anee. What Cassie and the Loud Women team have done is nothing short of incredible.

Loud Women is a London-based promoter of female performers; I go to their gigs, I've played gigs for them, I listen to their playlists, I read their zine. But I don't think I had acknowledged the simple force of their brand name. It was an unexpected and incredible feeling typing the words, Loud Women - 'Reclaim These Streets'.

All images are by the wonderful Kiera Anee.