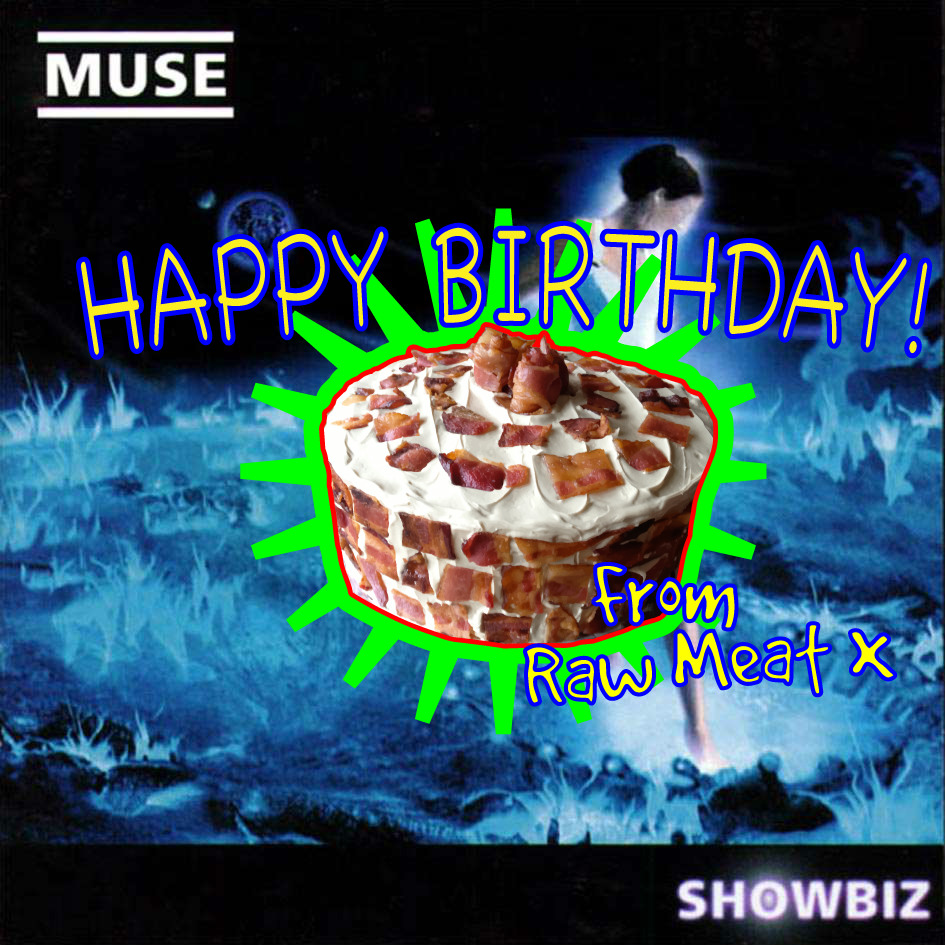 Muse have become a household name. They’re amongst the few elite bands that are considered uncoverable by the general musical population, rubbing shoulders with the likes of Joy Division and Queen. There’s no arguing with the success the trio they have achieved over the last two decades, going from a glam-goth band by the name of Rocket Baby Dolls who smashed their gear ‘as a protest’ at a local battle of the bands to selling out stadiums and penning multi-platinum albums. They’ve undergone quite a sonic transformation along the way, from an angst-ridden, grunge-laden wall of distorted guitar and bass to almost pomp-rock regality supported by orchestral arrangements and overly emotive vocal harmonies. Say what you will about Muse’s later works, Showbiz is still seen as a seminal alt-rock album, and sounds as good today as it ever has.

It’s Showbiz’s fifteenth birthday. It was a bold debut from a trio who up until that point had been wrestling with the industry and releasing EPs through their local recording studio’s in-house label. It’s an exposition, a statement of intent by an angry young band from a small town, played with almost virtuosic talent and a penchant for distortion. A true audible teenage rebellion from a group of angry misfits from Devon that seem to have captured that same burning frustration as any young adult from a small town has surely encountered. At the time of release the album received mixed reviews from the mainstream music media, some making the obvious comparisons to Radiohead due to John Leckie (The Bends) producing the lion's share of the album and some even accusing them of ‘not being as clever as they think’, but through recent years it’s been hailed in too many ‘Top 20 Albums’ lists to mention.

The opener ‘Sunburn’ immediately shows off Matt Bellamy’s effortless piano and guitar skills, and when the chorus kicks in you’re engulfed by Christopher Wolstenholme’s innovative, crushing bass line. From there onwards it’s filthy distorted riffs, squelchy bass lines and Bellamy’s unmistakable vocals. Stand out tracks include 'Caves', with its brutal yet complex outro arrangement, and 'Uno', a bizarre space-aged tango which could have been the result of locking Nirvana away for a few years with only mariachi music and a Tarantino box set. The album is not without its low points; ‘Fillip’ occasionally feels a little aimless and ‘Falling Down’, although a great song in its own right, is a huge departure from the sound of the rest of the album, and wouldn't sound too out of place in The Commitments. Having said that, Bellamy’s vocal delivery in this song in particular is absolutely astonishing.

Perhaps the most impressive thing about Showbiz  is how Wolstenholme and drummer Dominic Howard create such an impressive rhythmic bed to every song, which an artist like Matt Bellamy, who specialises in flourishes of melody, desperately needs. Their solid, locked rhythm section is so adaptable, able to go from out and out power, reminiscent of bands like Lightning Bolt, to a mellow, reserved feel. This is key for Bellamy to truly use his compositional talents, intricate melodic lines and complex instrumental work to be showcased at their best.

Alt rock fans from all over the world will continue to hold up this album as one of the great turning points for 21st century popular music, and whether or not it fully deserves these accolades remains yet to be seen. But this far on, it’s relevant. And thanks to some excellent production, it could be said to sound ‘modern’. No mean feat for an album that’s old enough to almost be finishing secondary school.