Nick Edward Harris commands a timeless voice and enviable storytelling songwriting. His second album, The Tall Trees is due out 23.02.15 via Shifted Fiction Records. 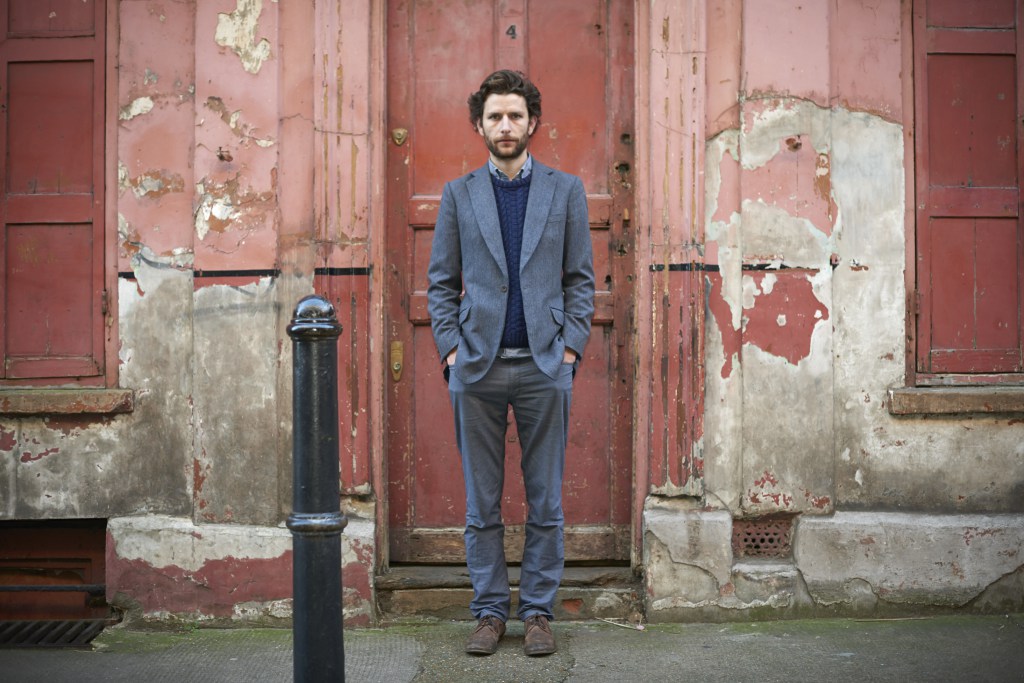 Nick Edward Harris commands a timeless voice and enviable storytelling songwriting. His second album, The Tall Trees is due out 23.02.15 via Shifted Fiction Records.

The nature of Harris' folk music is warm, but dark; calm, but intense, and very beautiful.

Raw Meat: Tell us about your local music scene; what’s your favourite local venue, are there any record labels or stores we should look up, what’s the scene like where you’re from?
Nick Edward Harris: I’m pretty excited to be living and playing music in London right now. The variety and constant change keeps you on your toes and I’m lucky enough to be meeting new people that I admire and inspire me. There is a competitiveness here, but I see it as a positive thing. When there are so many people wanting and doing similar things, it can push you to think in new ways, to try to progress and stand out.My favourite local venue is without question Spiritual Caipirinha Bar in Camden, who are also a small label for new, upcoming music. I could spend all day talking about how great they are there, but it’s a place you just have to go to and be a part of. Perhaps that’s why it is so important, because you feel as though you are an important part of something bigger, a community of like minded people that’s developing and evolving all the time.There’s also the ‘Before the Gold Rush’ nights, which are simply a great place to be, not just for the music but for the people as well. I feel lucky to have found friends that are as obsessed with music as I am. When you meet people who spur you on, it feels like nothing is impossible.

Name one track/band that you love from the past.
The song that started everything for me was ‘Cello Song’ by Nick Drake. There is something captivating about the feeling in his songs, but it’s also the way that the instruments surrounding him extend that intensity. I’ve often struggled to find the right balance between recording in a stripped down way, where the intimacy can come through, and building songs up to make something more dramatic. All of the arrangements and songs on Five Leaves Left somehow seem to find the perfect balance.

Name one track/band that you’re loving right now.
I’m listening to a lot of different music for different purposes at the moment, but one band that seem to be fitting into almost everything is Alt-J. I think it’s simply that their music is bold. It seems like they may be making the music they want to make, without being overly concerned about fitting into a category or trying to please anyone. I think there’s an honesty that comes out when you can think and write that way.

Name one track/band that you think we should listening out for in the future.
My friend Inti Rowland is releasing an album very soon which is sounding incredible, but I should really be talking about my bandmates Patch and the Giant, who are definitely moving on to big things in 2015.

What are you up to now?
Right now I’m doing everything to build up to the album launch. There’s been a huge amount of energy invested already, but there’s a lot still to do before the release on 23.02.15. I’ve been getting involved in almost every part of the process and taking far too much time trying to perfect everything. I’ve put a band together for the launch night, which is a new thing for me, have been busy making and editing music videos, booking a tour for March, designing and printing the album sleeve and discs and trying to get my head around how to Tweet. It’s going to be an exciting few months.

What can we expect from you next?
Once the album is out I’m going to try get around and play as much as I can. I’ve got a few big festivals lined up for the Summer, but I want to make it to other parts of the UK for more shows. I love travelling and playing gigs and right now I’m acting as my own booking agent, so it’s any excuse to get on the road. I’d like to go back and play some more shows in Cornwall, especially when it’s a bit warmer, but the dream to book a tour through Scotland visiting the whisky distilleries. Anything is possible.