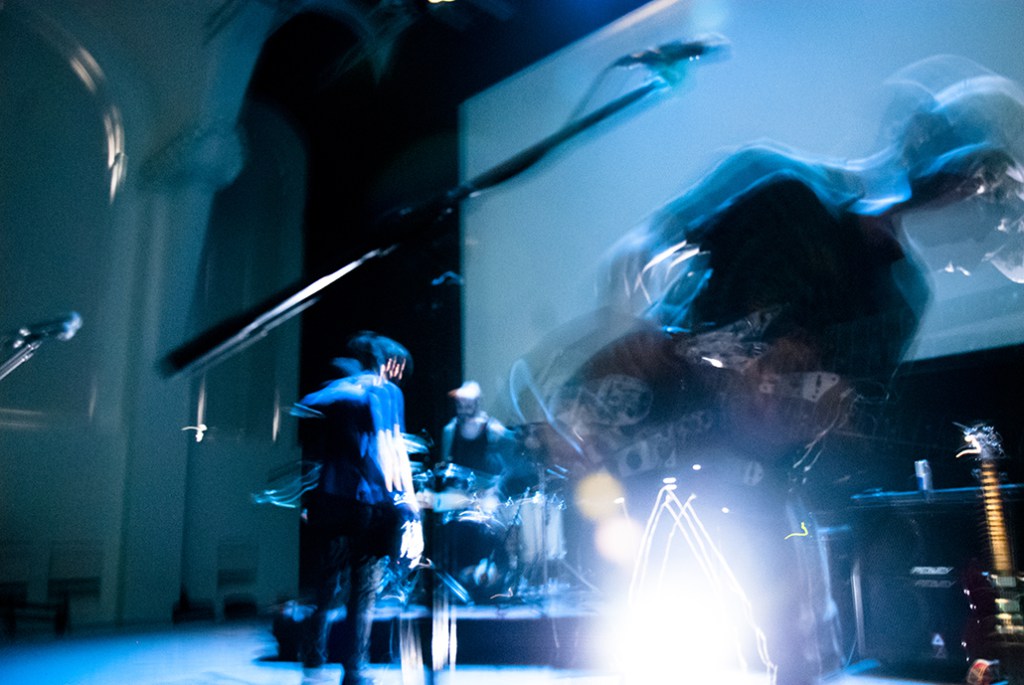 Our favourite Spanish peddlers of shoegaze, NITCH are under the microscope this time. Since we last spoke to them they've released a new EP titled JC/29 which you can still buy in the UK (click here). Starting out with their favourite local venue, the band mentioned Lupita del Raval in Barcelona. The venue seems to cover lots of different genres of music from various parts of the globe, and invites entertainers to perform as well.
In terms of our education of Spanish record labels, NITCH mentioned three, all releasing on tape only. Musagre Tapes, a label based in Alacinte, release homemade limited edition tapes, each recorded one by one. Head there to find anything that's ever considered itself underground; synth, garage, punk, industrial etc. San José Tapes make very limited runs (sometimes as few as 15 copies) of pretty avant-garde electronic stuff; and indie label Tigre Discs, who release amazing punk and lo fi noise pop.
They also mentioned Dead Moon Records as the must-visit shop in Barcelona. From their website you'll instantly get an idea of their eclectic and loveable tastes.

For their past love, they name-checked King Crimson and their debut album In The Court of The Crimson King. This earth-shattering, riff-laden record was released late 1969 and went all the way to number five on the British charts. Often regarded as one of the most influential prog rock albums ever released, King Crimson influenced everyone from The Who to Pink Floyd, and are actually going on tour in September this year. Listen to the album's opening track, '21st Century Schizoid Man' below.

What NITCH are interested in in the here and now (eight-ish months ago) is BadBadNotGood's third album, released May last year, III. This Canadian instrumental jazz hip hop band have consistently released really interesting work; hopefully listening to second track from III, 'Can't Leave The Night', will give you some idea of what we mean by 'interesting'.

For who they'd like us to keep an eye on in the future, the band mentioned New Zealand punks, Die! Die! Die! whose newest (and fifth) album Swim is out now.

Other than their latest alt rock EP, the NITCH guys are gigging away in their native Barcelona and (we imagine) happily gazing at their shoes through the distortion haze. You can listen to JC/29 below: