The hazy Nashvillers Okey Dokey have taken us by the hand and written a little track-by-track map for their new album. Love You, Mean It is out now via Exag Records. 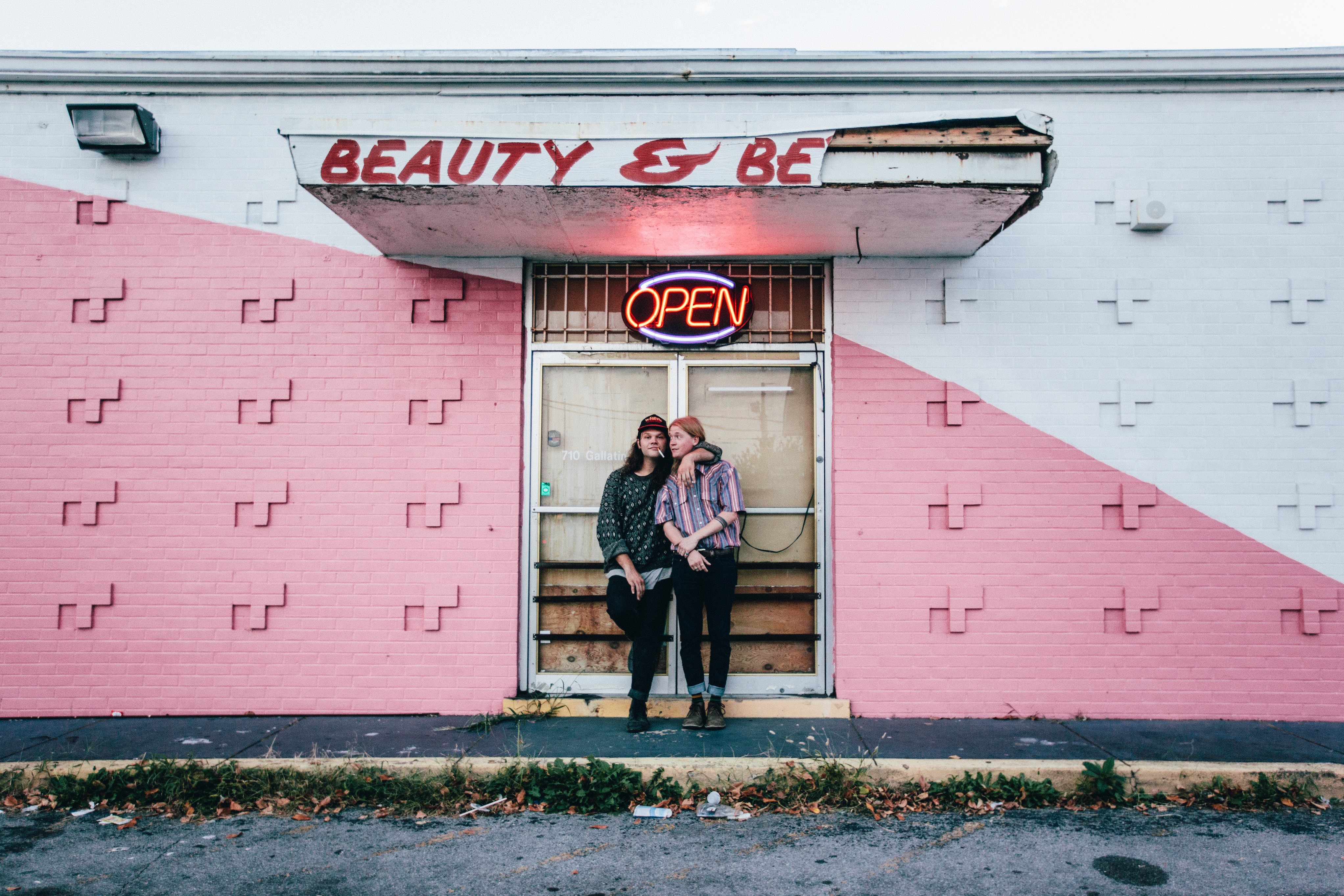 The hazy Nashvillers Okey Dokey have taken us by the hand and written a little track-by-track map for their new album. Love You, Mean It is out now via Exag Records.

The first Okey Dokey song we ever heard was the single 'All My Love', and the drums got us hooked like the dribbling drum-junkies we are. Although it has it's grizzlier moments, LoveYou, Mean It is a very gentle journey. On its second and third listen, the trembling vocals, layers of horns, guitars made to sound like horns, and fifties shuffles surround you with sunshine, like falling back onto long grass.

I'll hand you over to Ron, who's taking you through the record, track-by-track.

This song is about one day when I found myself thinking, "Damn, Ron, everyone is in love!! Where are you in all of this? You don't really care do you? Didn't think so." There is also a slight jab at the scene in there. The song is set in a random day in the 1970s. People love to try to relive other times, and seem to have a gnarly case of FODA (Fear Of Dying Ages). I love living in the modern world, and ya know, someday down the line some lil' idiots may want to look like us too. Good luck on that one!

This song is about being with a person, and being somewhat enthralled by them. You want to flee but you can't, because that is how hypnosis works! You want to argue, but you're never right and even if you were, the consequences wouldn't be at all worth it. Baby has a temper after all.

What do we all need? I know! Cheap ass rent and more reasons to get down. We weren't really trying be cryptic with this one. The tune just needed to be as easy to enjoy as those fabled lazy afternoons.

We hope that we don't make anyone sick with our obvious "bro-love" but it's exciting to have great friends. This song is our ode to things in common.

"Dude! I fucking love that band!"

"You know me so well already!"

The story you've just heard ended in the most high five the world has ever seen, changing everything as we know it. In that moment... a newborn Okey Dokey opened its eyes for the first time.

The Weeks are from Mississippi, Aaron is from Tennessee, and Johny is from Texas. So, it's safe to say that all them boys have sailed safely down rivers for as long as any of us can remember. This song is about shedding the city from your shoulders and stomping through the mud again. Boy will be boys won't they?

'Hurts To Be You'

This song is tricky. It definitely sounds like I'm bragging about the life I lead, but I'm really trying to say how stupid it is to be the ego sort. I'm also saying that it's pretty dumb to be a jealous onlooker. If you are the dishwasher at Taco Bell, you are also the shit. So, let your hair down already.

'Either Or, It's All The Same'

When we arrive in Europe, I will gladly sit with anyone and talk about this song with them, but it will take quite a while. What I will say is that it has much to do with lucidity, sleep paralysis, and a ghost wearing red that I hope to see again in my lifetime.

This song is just us saying, "I don't have riches, I don't have a house, I have no plans for the future outside of taking it as it comes, and I don't think I'll ever give you all of the stuff you want. But I love you more than anything I do actually have, and that will mean something to someone somewhere someday." It's honestly pretty sad, but every rom-com needs a little drama.

This song is about how spooky it is to feel that you've let yourself and your life pass you by. I hope to have no regrets, and I don't so far. I know that if I end up with them it will still be entrancing though. That is what life is.

This song is about how intense it feels when your brain finally screams at you and says not to let someone get away from you. These feelings are rare, as I state in the song, but when it happens it truly is like hearing a choir in your head. Makes for an epic ending to a story.

Buy the album from Exag Records.