No-one's told POP Montreal Festival that we're not in Europe anymore, so they're bringing pop-anti-queen Mozart's Sister and the jaw-dropping Pierre Kwenders over to see us in May. 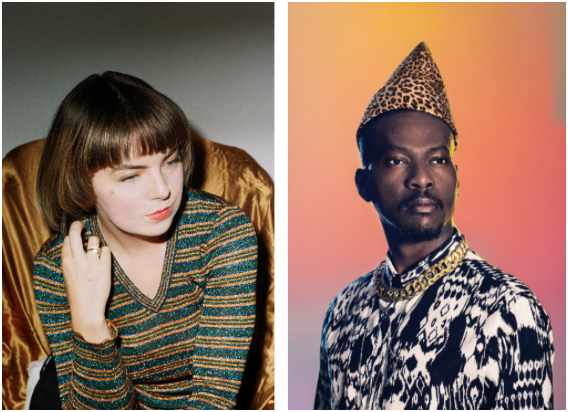 No-one's told POP Montreal Festival that we're not in Europe anymore, so they're bringing pop-anti-queen Mozart's Sister and the jaw-dropping Pierre Kwenders over to see us in May.

POP Montreal Festival announced its annual POP Off Tour today, which will run through Europe next month. This year they're presenting Arbutus-signed Mozart’s Sister and Montreal via Congo singer Pierre Kwenders for our listening and viewing pleasure.

Mozart’s Sister, aka Calia Thompson-Hannant, makes honest, but glittery tracks that act at first appear small, but then explode in pop celebrations. Her recent video for 'Moment To Moment' is a perfect example of her deep-rooted love for pop, from an outsider perspective. Her recent album Field of Love came out 17/02/17 via Arbutus Records.

Pierre Kwenders' music ranges from slow, wandering R&B to next week's hip-hop. And throughout his music you can hear his DNA is threaded with Congolese rumba. He'll release his follow up to 2014’s Le Dernier Empereur Bantou later this year.

Jump on board the POP Off Tour at the below dates: