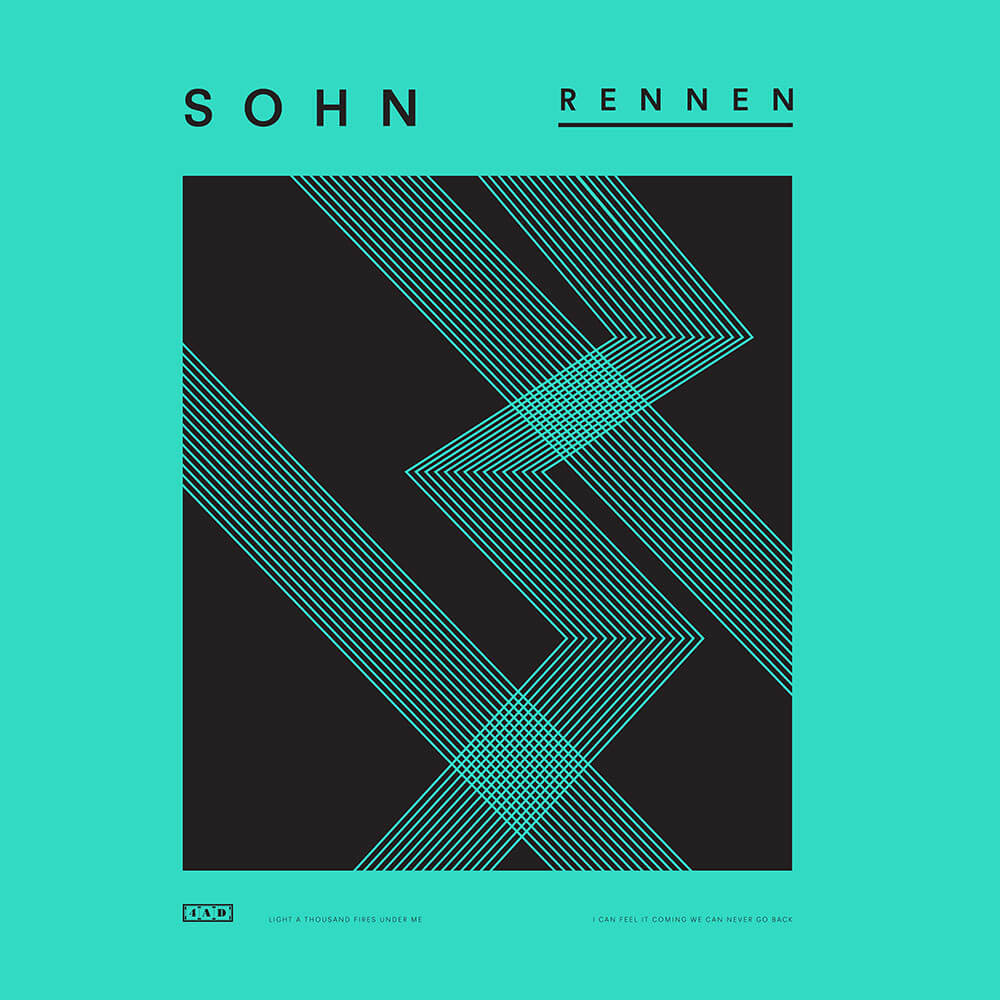 Following the release of Tremors, SOHN’s deeply impressive, critically revered debut, life, perhaps unsurprisingly, became somewhat of a blur for the Englishman. It happened that the general public were more than willing to part ways with their hard-earned cash to witness the artist’s unique brand of oozing electro-R&B as a live experience. In his own words, this led to an overwhelmingly “nonstop” experience of the world which, as it soon became clear, “was an incredible thing to put yourself through as a human”.

Once the dust had finally settled on the synth-blazed scene made for himself, he was in desperate need of recuperation - physically, mentally, emotionally, musically. He gratefully retreated to an isolated house in northern California to enjoy the 'basics' (it is California) of life, the world around him and the craft he creates.

The core elements are added to each other step by step, layer by layer in SOHN’s artistry; a pulsating background beat, fuzzing bass, circular vocals, dancefloor snares. Take 'Falling', where these components are looped in, morphed and evolved to breaking point until they are all allowed to interact in the piece’s powerful crescendo finish.

So far, so SOHN. There are a few moments, though, where the musician lays himself bare, not hiding behind his glitchy beats or tumultuous synths and allowing for the listener to see SOHN not as an artist but as Christopher Taylor. He’s experienced quite the time of late after all. Not only is there the wider question over Europe (he ominously sings, “I can feel it coming / we can never go back” on ‘Conrad’), there is also the matter of his falling in love, getting married, and learning he is to become a father to address. He momentarily allows his audience to have insight into the intimate emotions these life milestones inevitably provoke. Through his lyrics on ‘Primary’ he offers a passive, helpless, “I thought we’d passed this / I thought we’d grown”. And through his music in the soothing keys and warbling vocals of ‘Signal', with tones not too dissimilar to those made famous by indie’s King of Sorrow, James Blake.

Album closer ‘Harbour’ encapsulates all that is good about the artist and wraps it into one masterpiece of a song. It is peak SOHN and surely the peak of the techno soul maker’s career so far. The singer’s trademark falsetto vocals beg to be saved on the open sea before being joined by organ-like synths. An orchestral section complete with rainstick lulls the listener into a false sense of ease before being swept to the side by a beat so intricate and a tune so menacing, one cannot help but be hit by the sheer talent of it all. One moment you have SOHN down as someone who would save your life, the next someone who would take it. This, surely, is what makes SOHN and Rennen such an enigma, a mystery, an art to behold.