London four-piece Spector are back with the follow-up to their top 20 debut LP.  A significant shift in the genre of the record that the band are putting out. 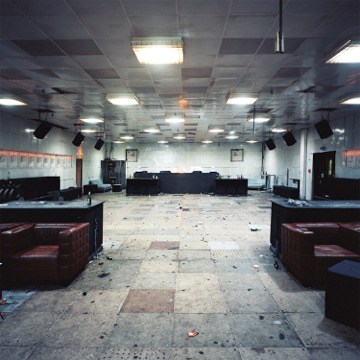 rating
Get The Vinyl

London four-piece Spector are back with the follow-up to their top 20 debut LP.  A significant shift in the genre of the record that the band are putting out.

Although they too often are, bands really ought not to be typecast into the genre that they adopt in their early stages and preordained to remain bound there for the entirety of their career. Experimentation with style is a brave and bold move and in many ways should be respected. Moth Boys is mingled with dark and serious undertones, which couldn’t be further away from the stadium-ready indie-pop anthems like ‘Celestine’ and ‘Chevy Thunder’ that were coming from the band some years ago.

Saying this, it’s a shame that on many occasions in Moth Boys the band’s new, keyboard-enthused style falls flat. ‘Believe’ is quite the epitome of this, with a rather painfully dub-heavy chorus and dance electro beats dominating most of the track. The same goes for ‘Cocktail Party’ where the strengths that lay in Macpherson’s unique vocals and the riveting guitar riffs are obscured by a mishmash of rattling samples.

Previously released ‘All The Sad Young Men’ remains to be standout track of the record, and is genuinely one of the best songs to be released by any band this year. The fantastic choice of opener oozes moodiness from the wavering, underlying bass line and the passion of the band is blatantly obvious for anyone to hear. There is still the new electro dynamic encompassed in the track, but the balance between this and the rest of the instruments plus the chance for Macpherson’s voice and superbly emotive lyrics to be focused upon is what sets this track apart from the others. Even if the rest of the album isn’t quite up to the same standard, such a song shows the listener that Spector are still a great talent and have huge amounts to offer.

Other highlights of the album are most recent single ‘Bad Boyfriend’ which is the most resonate of the old Spector, even with its poignant tones, the guitar-fuelled chorus is a welcome change from the rest of the record. Penultimate and final tracks ‘Using’ and ‘Lately It’s You’ come across as a little bit confused with their random medley of strings and synths, but in parts do come together nicely. ‘Using’ would be very different with the removal of the vocal sample that repeatedly makes an unwanted appearance in the track. Closer, ‘Lately It’s You’ is an adequate finish to the album, and is an example of where the band do utilise samples well. It uses guitars to build up the track before the keyboard returns and the two sounds bring the final track to an excellent climax.

On the whole the album isn’t really anything new, but there are certainly some hidden gems within it. The advice would be don’t feel entirely certain that this album will be your cup of tea based on the singles that have been released from it. What will be interesting to see in the future of Spector is where the band continue towards from here. These developments still hint back to their previous happy-go-lucky indie in some tracks; this is an album of a band in transition.