The husband-and-wife duo’s fourth album bears witness to evolution and, in some instances, the lack thereof: in the band, in the industry,and in their music as an art form. 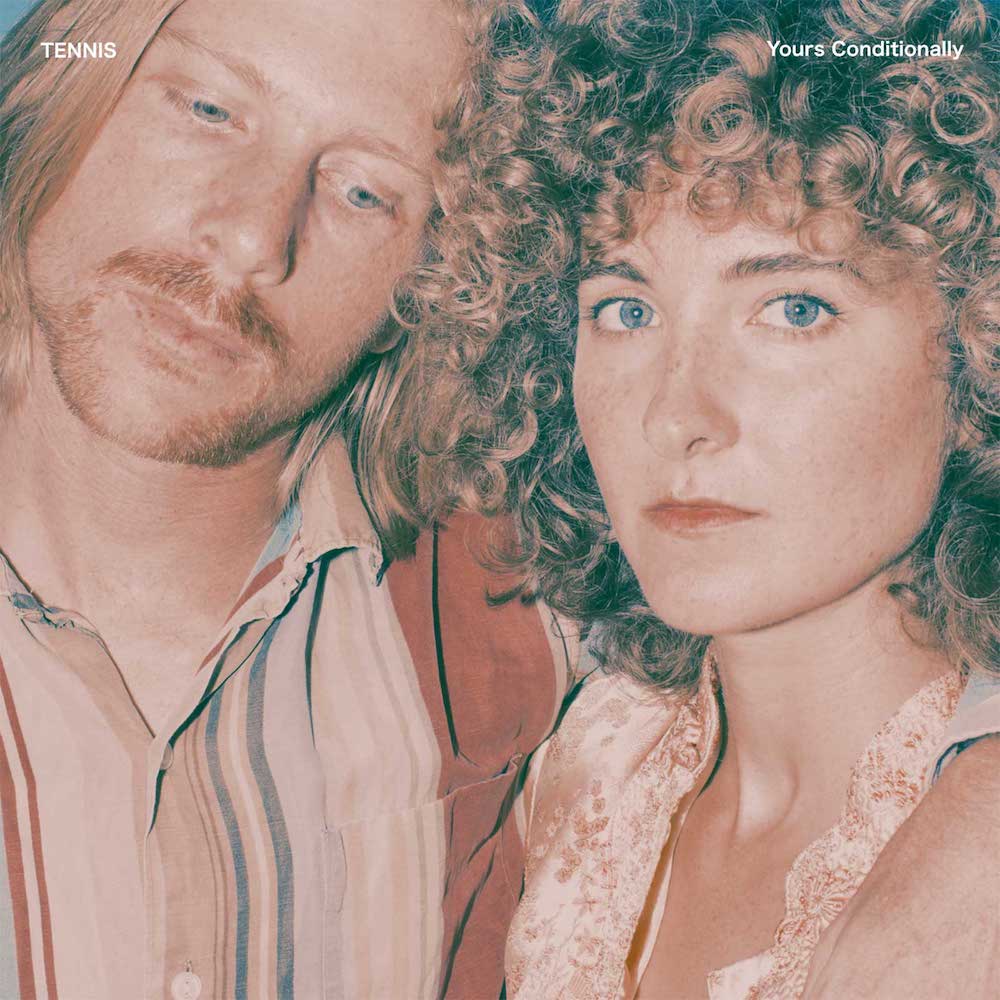 The husband-and-wife duo’s fourth album bears witness to evolution and, in some instances, the lack thereof: in the band, in the industry,and in their music as an art form.

Google the band Tennis and you’ll find ‘twee pop’ or ‘dream pop’, and although there are grounds for debate regarding what either of these terms actually mean (if anything), following the release of Yours Conditionally one thing can be agreed on: neither come close to describing the force the two-piece have become.

Some might be surprised to see the Denver duo described as a “force” and on first appearances they’d have every right to be. The LP starts with lead single ‘In The Morning I’ll Be Better’, which itself begins with disco keys that have now become synonymous with the band and a staple of why they're so loved. Their prevalence in the song lets the listener know that the band are still very much embracing the sounds of days gone by, and that there won’t be any nasty surprises to come. It’s a similar story on ‘Matrimony’, where keys that wouldn’t be out of place at a small town's fairground in the seventies supply the backbone of the song.

And yet ‘Matrimony’ also gives a clue as to the behemoth Alaina Moore is evolving into as a vocalist. It sees her take on the chorus with the kind of confidence that’s forced onto every X-Factor winner, but with real genuineness. ‘Please Don’t Ruin This For Me’, meanwhile, sees her hit highs with the kind of flawless ease that has seen more renowned pop stars heralded as greats.

By no means is this to say Yours Conditionally is a one-woman show. Alaina’s vocals are nothing short of exemplary, and they're backed up by instrumentation and feeling from Patrick Riley that's got the listener yearning for the good old days nostalgia the band hark back to. Whilst ‘My Emotions Are Binding’ has modern-day tinges it'll remind you of the great pop of yore. You'll find yourself humming along to the chorus days after first listen, a feat that doesn’t often happen within the band’s otherwise dreamy discography that’s so very easy to wistfully glide through.

Although album closer ‘Island Music’ is the wrong side of dream pop - it is neither intimate nor engaging, making for a forgettable finisher to an otherwise excellent album - ‘Ladies Don’t Play Guitar’ sees all that is great about the band and its individual members wrapped into an absolute cracker of a song. Also revealing another reason why the outfit are a force to be reckoned with. The funk and buzz of the guitar are jiving, the vocals of the chorus are perhaps ironically sultry, all whilst confidently discussing and disputing the industry conversation of where women can and cannot contribute to music. Yours Conditionally isn’t only a case in point that women can and will contribute how and where they bloody well please, and absolutely smash it in doing so. It’s also a seriously impressive piece of work that tackles some weighty issues, showcases what the state of music once was and what it still can be, while supplying some of the best vocal and instrumental performances you’ll come across for a sweet while.

It is proof that ‘twee pop’ - never mind any kind of superfluous label - doesn’t even come close to encompassing the gale force winds that Tennis have quietly become.

The band are playing for a couple of weeks across America before headlining London's Omeara, 02.05.17, and continuing on to Paris and Amsterdam.