With a self-titled album coming out 02.03.15, we thought it was about time everyone knew about New Zealand punks, The Jury and The Saints. 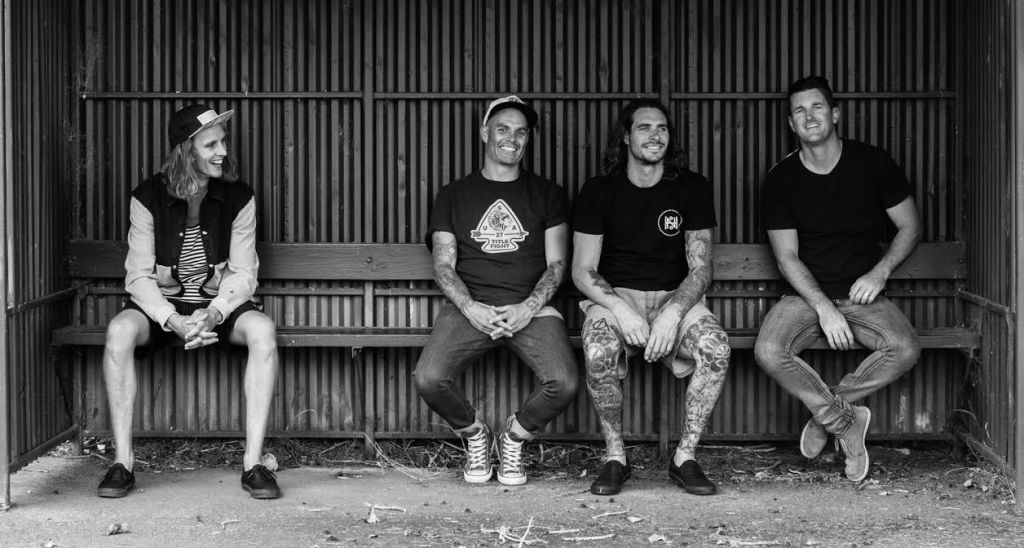 With a self-titled album coming out 02.03.15, we thought it was about time everyone knew about New Zealand punks, The Jury and The Saints.

They are a band that capture the sounds of beers and buddies perfectly - with anthemic lyrics, killer riffs and punk staple group vocals. And when it get's to the middle-eight break, you'll swear there's some Brand New influenced emotional weight to their roar. Their single, 'Focus' is out now.

Raw Meat: Tell us about your local music scene; what’s your favourite local venue, are there any record labels or stores that we should look up, what’s the scene like where you're from?
Jesse: The music scene in New Zealand is pretty tight. We all grew up in Auckland playing in pop punk/ emo/ hardcore bands and back in the early 2000’s when that was huge. We would put on little shows in scout halls and places like that and 300-400 kids would turn up and get loose – it was a good time to be alive. We all met back in those days and all played in different bands. The Jury and The Saints came as a result of when the scene kinda died. Bands broke up and new ones started, like us, morphing into whatever we sound like now, haha.Favourite venue and place we have played the most over the years would have to be The Kings Arms. I would be there a few nights a week watching bands play back in the day. A cool label over here would be Elevenfiftyseven – they have released some amazing Kiwi bands over the years. And also Deadboy Records, who we released our first album with. They work with a bunch of real good bands!

Name one track or band that you love from the past.
At The Drive In would have to be my favourite band from the past. There are so many bands that I really like from the early 2000’s that have been really influential on me as a musician and song writer. But I still remember watching MTV at a mate's place when I was about 17 or 18 and 'One Arm Scissor' came on. When I heard that and saw the energy they played with, it was like I was hearing real music for the first time.

Name one track or band that you're loving right now.
Dictaphone Blues have a song out at the moment called 'Her Heart Breaks Like A Wave'. They’re a Kiwi band, but when I heard the song I was super impressed – it’s got a real good vibe and that’s what it’s all about innit.

Name one track or band that you think we should be listening out for in the future.
Apart from The Jury and The Saints... There is another pretty cool young Kiwi band called Braves. They had an EP out for free download last year which I really, really like. They’re working on an album at the moment and I reckon if the EP is anything to go by, the album will definitely be worth keeping an ear out for.

What are you up to now?
Right now I’m drinking a Kiwi lager, haha. As a band we are getting ready to play a festival next week which should be a bit of fun. We’re also putting the final touches on a video for our next single called 'Monday Morning', which comes out 20.02.15. Our album is out 02.03.15, so after that we wanna play the new songs to as many people that will listen and hopefully play in some new places.

What can we expect from you next?
Pretty much our new single, the album and hopefully we make it to the UK to play some shows. This album has been in the making for a couple of years so we are really ready to get out and tour it as much as possible!