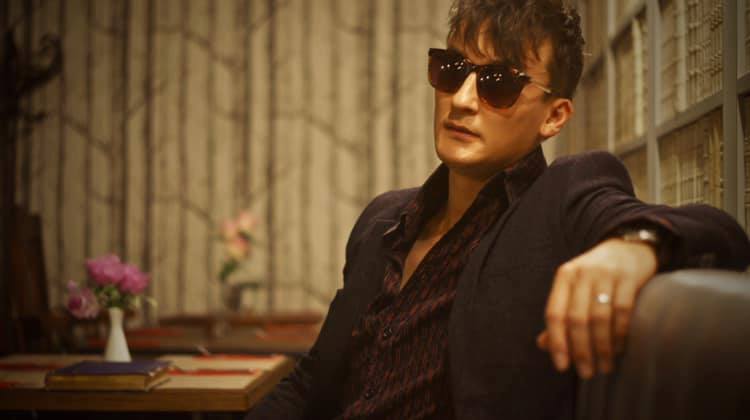 John Clay: Hey Kim, your band is called The Widows. I don't believe I know why.
Kim Le Tan: A good friend of mine suggested it, actually. He thought it suited what I was doing at the time. Kinda worked and so it just stuck.

OK, so no need for mass messages of condolence then. Is there is a general theme that courses through the songs?
K: We're all in need of a little condolence from time to time! It's one of the reasons The Widows exists. I wouldn't say there's an overarching theme, but I do enjoy a good rant about things that piss me off. I mean, who doesn't?

Talking of rants, your latest single 'Brexit Chainstore Massacre' doesn't pull any punches. Will you be playing it live during your Camden Rocks show? And do you have other material relevant to the U.K's current political crisis?
K: Yeah, it's definitely fun to play live, so it'll almost certainly be in our Camden Rocks set. It's our most overtly political song for sure, but there are one or two others which allude to the political landscape. I don't really like explaining the lyrics to be honest. It's more fun for people to work it out for themselves, interpret them as they will. There's too much spoon-feeding in modern culture, in my opinion.

I hear there's some competition to win free tickets to your gig at The Monarch (06/04/19)? Mind explaining how we can win some?
K: Yes, we've got two free tickets for our Camden Rocks show to give away. All people need to do for a chance to win is message us their name on Facebook. The first ten will get a free signed copy of our ‘Brexit Chainstore Massacre’ CD single on the day of the show, and two of those names will be drawn at random for the free tickets. It's an all-day event, so there'll be loads of amazing bands to catch - including us, of course!

Sounds like a bargain to me. One final question, name three bands you'd like people to check outplaying Camden Rocks with you? It's always good to see what other bands are out there according to other musicians.
K: Gasoline Thrill,Strange Planes and Prisoners of Mother England. All said, it's a great line up - we can't wait!

Loving those bands; especially Gasoline Thrill (Amir, the singer from Black Sixteen is the bassist!) Thanks for chatting. May your Camden April gig go swimmingly mate!
K: Thanks a lot, John. Been a pleasure!

Video directed by Stacy Picard and filmed by Vaughn Matthews