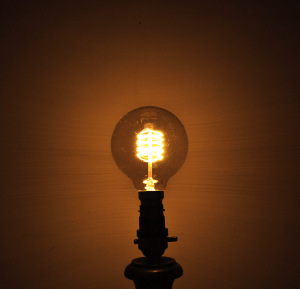 This album is not for the faint-hearted. The opening track, ‘Click’ instantly tells you that this is going to be something epic. With heavy riffs and Bowden’s strong and gutsy vocals, it’s hard to not immediately fall in love with it. Going from hard and fast rock to sweet and soulful acoustic songs with ease, the distinctive Bowden sound constantly shines through the album, despite the huge changes between songs.

In ‘Click’ you’re handed everything that Thom Bowden is about on a plate. At parts, his naturally fierce vocals waver slightly, adding to the already awesome record. Screaming lyrics like, “I’m the okay kid” at the end of ‘Click’, instantaneously becomes reminiscent of Dinosaur Pile Up Growing Pains era and Drenge’s debut album. Both ‘So So Long’ and ‘Click’ maintain the heavy and meaty sounds from Bowden. Albeit slightly less in your face, ‘So So Long’ still contains the punk rock vibes and ferocious vocals that Bowden will, no doubt, become recognised and revered for. Lead single from Searching The Brittle Light, ‘Control’ is one of many songs that have the potential to be huge. The constant change in tempo, the build ups and the beast-like sounds from Bowden is what makes this track particularly special.

It’s kind of expected that all rock /punk bands will include at least one slow tempo song on their albums; mainly so that the audience have the chance to get a breather after completely losing it. Bowden goes three steps further by having four. Although slightly frustrating at times - especially when you’re mid-mosh - these songs are still undeniably good. Track’s like ‘My Army’ and ‘How About It’ really flaunt Thom Bowden’s versatility. He can get you from rocking the fuck out to within seconds being lulled to sleep with his soft, faltering tones. ‘The Water Is Cold’ and ‘Sweet and Tender’ are a little less easy to listen to when you’ve become adapted to hearing thrashing drums and guitars, they seem to be stuck in a rut and struggle to really go anywhere, unlike the other songs on the album.

Returning to Bowden’s more familiar racket, ‘With Pace’ is easily the biggest track on the album – it is pure punk rock. Think Mudhoney and early Green Day. I realise that combination sounds pretty dire but trust me, Bowden has got it nailed.

Bowden manages to create good and honest rock music… which is hardly surprising when you learn that no computers were involved during the recording process. Steve Albini recorded and mixed the record straight onto tape before being mastered at Abbey Road by Steve Rook. For an artist barely in his infancy, Bowden already has the foundations to push him further and further into success.

If you like your rock music honest, hard and heartfelt, this album is for you. Just try and tune out for the slow bits.