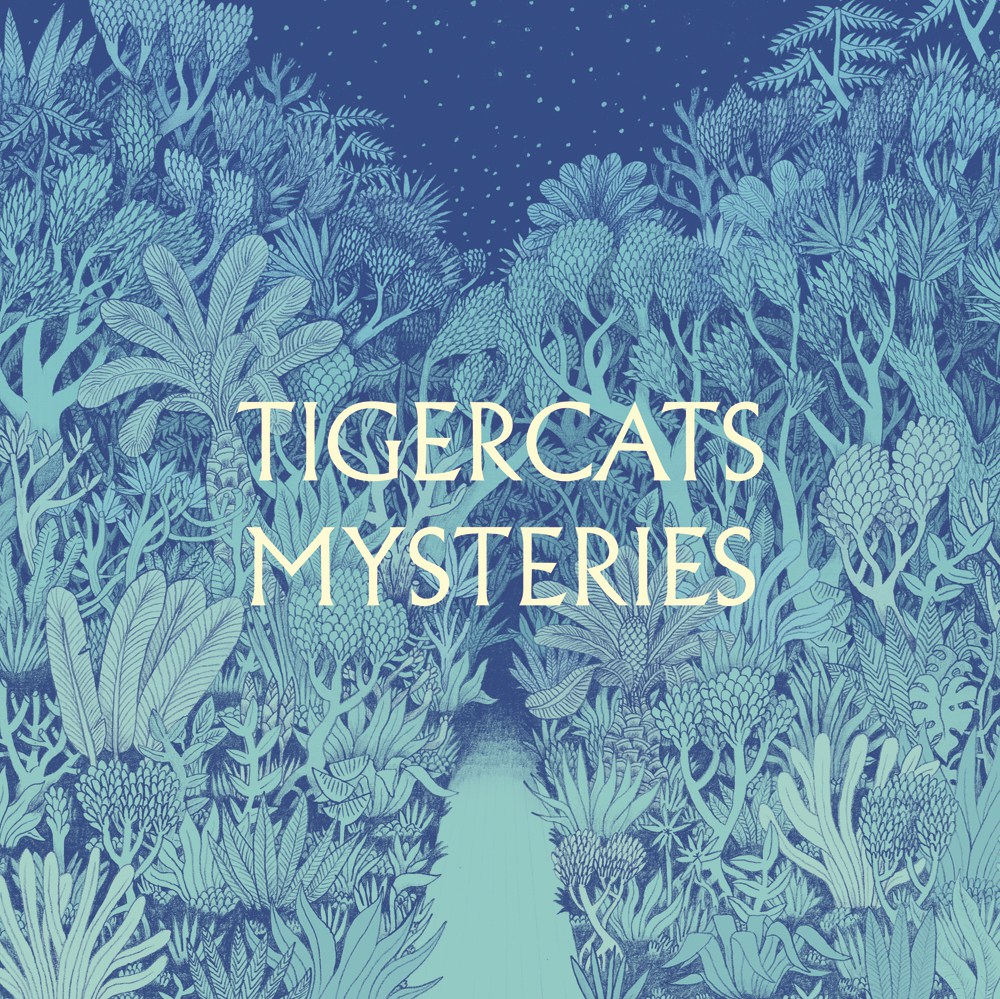 Tigercats create simple music with outstanding style and beauty. Mysteries consists of soothing vocals, serenading guitars and bass lines that are plucked with perfection. Although Tigercats could quite easily be likened to other indie bands from the past; the stripped down tone makes the complex structure of the songs appear simple and not shrouded by the many other instruments on the album. The sophisticated sound and the occasional embellishment is what makes this album so special.

‘Junior Champion’ provides a fun opening to the album as the glorious guitars build gracefully to harmonious vocals from Duncan Barret and Laura Kovik. Towards the end of the track, Terry Edwards makes his first appearance on the album with his saxophone and trumpet. Edwards contributes to several tracks on Mysteries giving an impression that Tigercats are already an established band. By including Edwards’ skills on the trumpet and saxophone and manipulating their instruments in such a way, Tigercats manage to separate themselves from other indie-pop bands currently putting out albums. ‘King of Vic’ pushes boundaries with its repetitive hooks and minimalist drumming. “I feel just like a child” sings Barret during ‘Globe Town’: a statement that contrasts with the mature and sophisticated sound that rings from Tigercats.

The maturity from Tigercats glistens throughout Mysteries and is particularly evident in ‘Sleeping in the Back Seat’. It’s a love song but it’s not the norm. Kovik’s sensational vocals woo the listener when singing, “Lay your head next to mine” as she and Barret focus on the simple, yet wonderful elements of love. They ignore the complicated nature of the emotion and the song seems to be fueled by ever-lasting love rather than passion or lust, that so many others seem to dwell and dwindle on. ‘Call Me If You Need Me’ and ‘Wheezer’ have funky hooks that are clear and precise, providing a perfect opportunity to drift off into a, peaceful hypnotic state.

I'm looking outside whilst writing this and it is gloomy, dull and boring. Despite the slight solemn tone present through the large majority of the album, it becomes increasingly difficult to prevent yourself from leaving the normal gloom of the day and falling into a dream of sun, sea and beauty. Tigercats introduce new elements to an over-subscribed genre and make something intricately detailed sound peaceful and absorbing.