Raw Meat danced to speakeasy jazz, gawped at The Bees Knees dancers and partied to electro-swing at the nostalgic club night, White Mink. 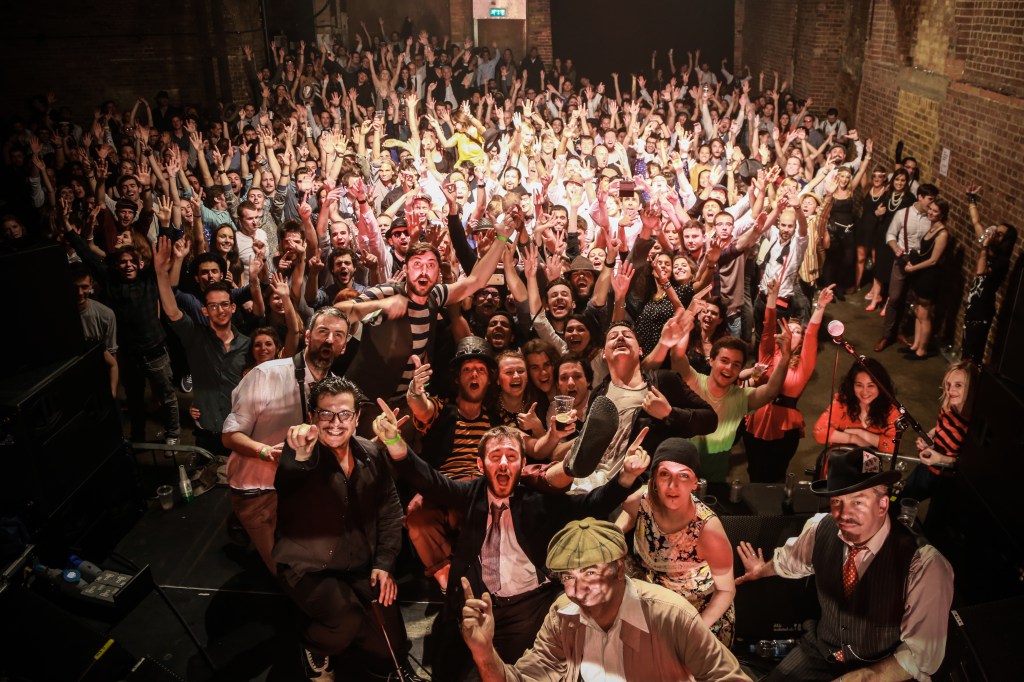 Raw Meat danced to speakeasy jazz, gawped at The Bees Knees dancers and partied to electro-swing at the nostalgic club night, White Mink.

The brick walls of London’s Village Underground were the perfect setting for the ridiculousness and revelry of White Mink. As soon as we walked in, we were transported to a speakeasy under prohibition. Almost everyone was dressed in 1920s outfits and DJ Nick Hollywood was pumping out boogie swing with killer beats. Old television screens showing the Department of Brilliant’s choice of old film clips and dance scenes framed the stage while Terpsikhore clowned about, introducing the acts ‘silent film’ style.

Dance performers Holly France and Aila Baila from dance troupe The Bees Knees almost stole the show with two performances, the second of which used the disgustingly good track, ‘Happy’ by French DJ group C2C, to show off their amazing vintage dance moves (I want to say Charleston? But I feel like I’ll get an angry email correcting me).

At around midnight the incredible Sweet Life Society hit the stage like a tonne of bricks. The lead female singer had an Amy Winehouse tone as she sang her soulful vocals over a horn section, DJs, and guitar player, as well as often being joined/ replaced by an unstoppable MC. They swung swing, but also dropped bluesy vintage numbers in amongst the beats and the speed-rapping.

Once their set was done, the horn section stayed on the stage, jamming over DJ Chris Tofu’s tracks; again, perfectly combining the best electro beats with hot, danceable jazz.

The independent British label Freshly Squeezed (intrinsic to the electro swing scene) put out their first compilation White Mink: Black Cotton in 2009, and what started out as the release’s launch party became the club night and festival circuit crowd pleaser that we witnessed. The third volume of the compilation was released 3.05.14.

All images by Filippo Ferraris