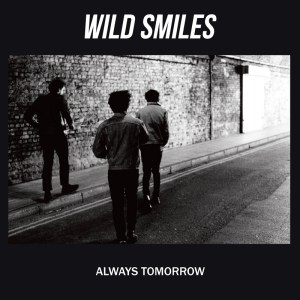 The opening track from the album, ‘Fool For You’, is your typical love song. It consists of chirpy guitars, what feels like 17 choruses and droning vocals from Chris Peden – a formula that is used consistently throughout the album. When compared with some of the other songs on the album, ‘Fool For You’ seems a bit careless. It feels like the band just bashed something together and didn’t take to time to nurture it into something incredible like the following track; ‘Never Wanted This’. ‘Never Wanted This’ is a bit of a masterpiece, really. It’s a cunning track that creeps up on you from out of nowhere. The constant builds and falls in the song create a sense that you're being lured in so you can’t escape. The lyrics in the song really flaunt the talent of Peden as a lyricist. Peden talks about the mundane life of your average family and consistently sings, “We could have it all” – ‘all’ being everything a normal person would want from life. He then repeats the question, “Is that what you want, to live a normal life?” with a tremendous riff full of defiance and rebellion that screams from the track, following suit. This act of spite and audaciousness is probably the best side of Wild Smiles and something that needs to be repeated more and more by the band.

Another side of the band, a less daring side, is portrayed in the next couple of tracks. ‘Always Tomorrow’ has a summery vibe spilling out of it and the “ba ba baaaas” give the record a sixties kind of sound. After the first three tracks, their sound becomes a little bit tedious. Peden’s vocals in ‘Everyone’s the Same’ start to sound country-esque, or like a much better version of a Vaccines song. It’s tracks like this and ‘Figure It Out’ that make you think this band will be all over the festival circuit next year – they’re one of those that are going to get so much hype... whether you understand why or not.

Final two tracks on the album, ‘See You Again’ and ‘I’m Gone’ are phenomenal songs to end on. ‘See You Again’ has teasing hooks that are covered with fuzz and climax with Peden’s passionate vocals and clattering drums. The lyrics in ‘I’m Gone’ are exceptional. In this track, Peden talks about how society expects successful people to behave. Peden completely disregards all of these stigmas and stereotypes and sings profusely, “I’m better than you” which echoes the thoughts and feelings of everyone in the alternative scene – they might not act the same way as everyone else; they might not go to the gym and they might not wear suits, but it doesn’t make them any worse than anyone else. It’s such a shame that a band with such a bold statement doesn’t have as much of a bold sound.

The whole idea of the sound behind the record has been done before; there’s not really anything striking. Don’t get me wrong, it’s still a very good record and it has some superb tracks. The band do show some versatility as they showcase a sixties side to them as well as a rebellious nature, but most of the songs seem to follow the same formula, eventually making the album a bit repetitive and boring. It’s not necessarily an album you want to come back to after a few songs, but it can be worth it when you do.