Wild Smiles' Chris, spoke to us fresh off the back of the band's gigs in Germany and slot at Bestival. Their debut album Always Tomorrow is out 27.10.14 on Sunday Best Recordings. 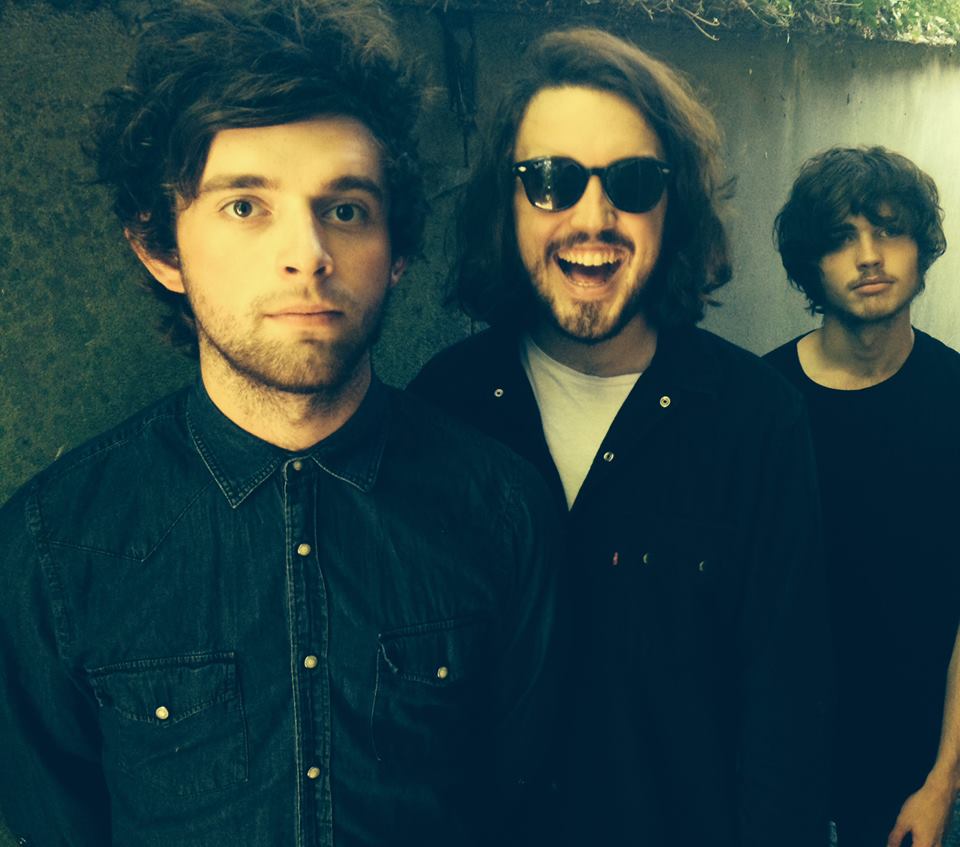 Wild Smiles' Chris, spoke to us fresh off the back of the band's gigs in Germany and slot at Bestival. Their debut album Always Tomorrow is out 27.10.14 on Sunday Best Recordings.

Raw Meat: Hi Chris, thanks for talking to us. Tell us about the band name, where did it come from?
Chris: There was a band called Lovers a couple of years ago, and they had a song called 'Wild Smiles'.

It's a distinctive name, and Wild Smiles have got a very distinctive sound. You guys have been compared to The Jesus and Mary Chain and the Beach Boys, but when I first listened I heard bits of The Cribs, and the riffs on 'Tangled Hair' reminded me a lot of 'I Feel Fine' by the Beatles.
Oh, yeah!
Where would you say your influences lie?
A lot of the bands people say that we sound like, we all listen to, but we also love The Cribs and The Beatles. The Vines too. Basically everything from the sixties up until now. We listen to a lot of music.

Some of your stuff has got a DIY sound, with a Velvet Underground vibe. 'Fool For You' has got a cool lo-fi scratchy chorus on it. 'Never Wanted This', though, has a lot of Nirvana to it, and the rhythms sound like the Police. There seems to be a huge development from single to single.
Yeah I really like The Police and I get what you mean from the rhythms in those songs. That’s nice to hear, not just Nirvana.

Maybe it is easier for people to jump straight to the Nirvana comparisons because of the grungey guitars. Is there a next stage as to where you’d take the sound?
Well we finished this album in January so we have been writing quite a lot recently. I don’t know what, if anything, will make it’s way onto the second album. We don’t actually have any lyrics yet [guilty laugh].

How do you usually write your material?
I normally sit with an acoustic guitar to get the melody and the lyrics and the chords just as simple as I can, then I take it to the others to just jam and see what the vibe should be.

There’s a huge difference in tone between 'Fool For You' and 'Never Wanted This', which is more of an angry protest song.
Yeah, I guess it’s down to how everyone else is feeling on the day.

So the lyrics are all just from you?
For a couple of the songs my brother Joe helped, but I think that the next record will be even more split between everyone.

Reading your biog, it sounds like your band has come about after a fair amount of struggle, with time spent on the dole and a lot of time spent trying to get a band that works. A lot of musicians before you have had similar problems of course...
Yeah, I think everyone our age is going through some kind of struggle. I’m 24, all the bands that I look up to have always been singing about what has been going on with them at the time. The Sex Pistols, for example, or even The Beatles. Everyone just sings about what is going on around them and we're just doing the same thing. We aren't necessarily doing anything new but we are singing what we feel and go through every day. A lot of bands now seem to sing about things that aren't relevant to them, or to me. Like going to parties and things like that. That sort of turns me off.

There’s a nice depth to some of your lyrics, aside from the catchy choruses. What lyricists do you look up to?
Bob Dylan. He’s great - probably my favourite.

If I could ask you what the most important album is, in terms of the band, what would you say?
In terms of the band, I’d have to say Nirvana’s Nevermind. I think that was the album that got me into music, and made me want to learn guitar. I spent hours listening to it from when I was thirteen. That was definitely important, and I still listen to it all the time.

What about live music? What’s the most important gig you’ve been to?
[pauses] I’ve kind of forgotten everyone I’ve seen live! When I was 14 I went to see Avenged Sevenfold.
That is quite a way away from your sound now!
Yeah, but it really gave me the bug of wanting to go to gigs and be a live musician. I think it was the second gig I ever went to. It was massive, probably a thousand people. I’d never experienced that before. Being in the moshpit when youre 14, it changes you.
The first couple of bruises really mean something to you.
Yeah, yeah.

Do you have a particular musical icon that you look up to? Watching the videos, you seem to be into Lou Reed.
Yeah I’m, a huge Lou Reed fan. Also Black Rebel Motorcycle Club.

They seem a bit more glossy, whereas yours sounds a bit more rough around the edges, like the early Strokes stuff.

Yeah, our next batch of songs might sound more polished because everything until now has been recorded at home. I definitely don’t want it to sound, like, modern. A lot of bands now, I don’t like their production. It sounds too clean.

Any idea where you’d like to record?
Not really yet. It might be nice to capture our live sound a bit better... a bit more aggressive maybe.
Analogue or digital?
I’d like to try analogue but I haven't yet. I always look at eBay for tape machines and stuff but they're too expensive.

What band/s are you listening a lot at the moment?
I really like the Honeyblood album. They're from Glasgow and they're great. They're in a similar vein to us.

Do you have a favourite instrument or pedal?
I’ve been playing an SG since I was 14 and we recently got an endorsement from Gibson so I’ve got a new black one. That was exciting. We’ve been using this pedal called Death By Audio which is a fuzz. No other fuzz or distortion comes close to it, I recommend it.

You played recently in Germany, did you notice any difference in the reception?
To be honest I was surprised because the venue we were playing was quite out of the way so I expected to play to nobody, but it ended up being packed out. It was nice to play to so many people.

You played Bestival recently, a big crowd, [over 2000]. What would you say has been your favourite of your shows so far?
The Bestival show I think would be all of our favourites. It was the biggest so far, that was good.

Thanks for talking to us Chris!
Thanks!