Ahead of their appearance at 2000 Trees, The Lion and the Wolf (Thomas George) had a chat with us about the dreaded singer-songwriter tagline, going it alone, and Def Leppard. 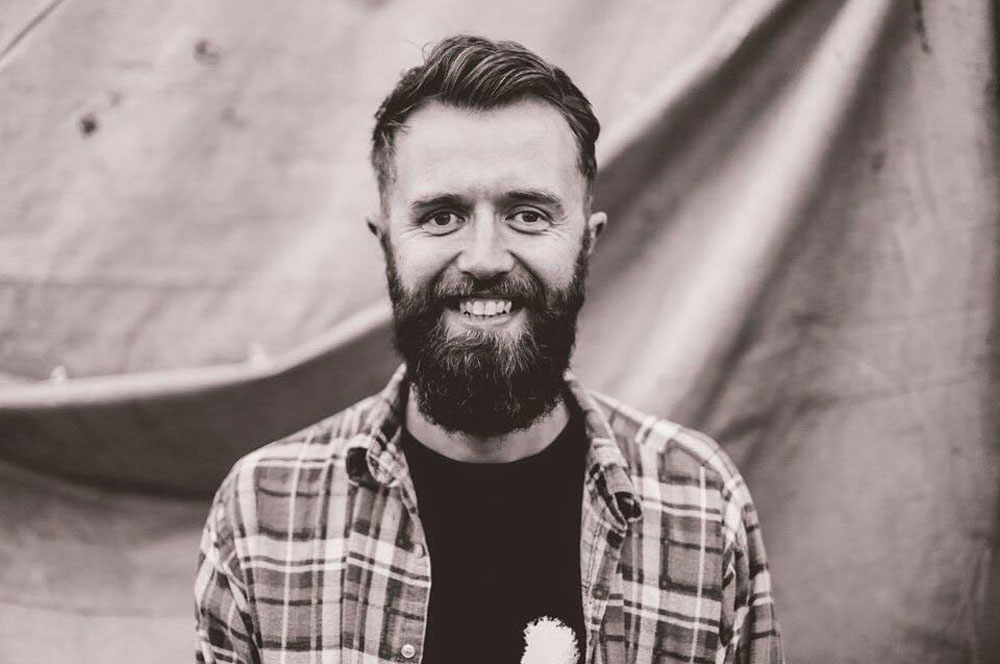 Ahead of their appearance at 2000 Trees, The Lion and the Wolf (Thomas George) had a chat with us about the dreaded singer-songwriter tagline, going it alone, and Def Leppard.

Raw Meat: So you’ve been on tour for what seems like forever, from what I’ve heard. You were playing gigs yesterday, or the day before. How have they been for you?

The Lion and the Wolf: Yeah, really good. We started the tour with PJ Born and Heart of Oak last week in Southampton. Last night we played in Cardiff, which I’ve never played before and it was a really great reception, really great crowd. So it was only an hour drive to get here today.

RM: So I believe you’re going back out on tour afterwards?

TLTW: Yeah, tomorrow we go to Bradford and then head up to Edinburgh and then we trickle down the country to London and Brighton.

So you’re quite busy then. Do you like keeping busy and gigging?

I love it, I absolutely love it. I wouldn’t do it if I didn’t love it. I started touring full time last year in January after I quit my job, and I’ve toured every single month since for the past 18 months. So I’m starting to now, not reap rewards, that’s not what I mean, but I’ve started doing things like this now. I’ve never done interviews before so this is all new for me.

I was worried you might be bored of answering questions! [Note: Ours was his eighth interview, in a row].

No, no! He [PR, Lee Jackson] keeps telling me off for talking too much! I’m just like, “tell me about you” and having a conversation with someone like I’m in a pub.

Do you find there’s a big difference then, between playing gigs and playing festivals?

Yeah, yeah. I’d be lying if I said there wasn’t.

I don’t know really. Festivals can be great. It’s difficult because everyone’s attention isn’t on the one show, it’s on five or six different stages. I do love playing festivals, I’m not a big festival goer, I do find it different. I love playing the small intimate shows like I used to. I went through a stage where I loved playing house shows, I still love playing house shows, but festivals for me can be quite tricky. I love seeing friends, I’ve bumped into about ten friends already that I haven’t seen in forever, so it’s a really nice communal place.

And you’re heading to Europe in October, with your full band.

Yeah, full band tour. First full band tour. Heading to Europe with a bunch of my friends from the Isle of Wight, who, for some of them, have never left the Isle of Wight. But in all seriousness, they’re coming on tour with me and I couldn’t be more excited because they’re the people that recorded the album, so they know what they’re doing. They know all about sound, so I’m hoping it’s going to be a really smooth ten days. To play Germany, with a full band, through such a good booking agency, is a real privilege.

Do you think there will be a big difference between your solo live sets and your full band live sets?

Well, I think naturally people are going to be watching and thinking, "oh okay, we’re used to the solo set", but what we are going to do is five or six sets full band, then I’m going to do a few songs on my own just acoustically, and then come in with the rest of the band. So there’s going to be both sides of it. I’m effectively supporting myself.

Nice, I like it - if you’re going to do it, do it properly. With your sound, a lot of people refer to you as a singer-songwriter but you're unlike a lot of the singer-songwriters in the mainstream. You’ve got a very distinct sound – is that what you were going for?

I think it’s just sort of the way I sing anyway. The singer-songwriter tab is a bit of an awkward one because clearly I write songs, and I sing them, because I’m a songwriter. But when I was writing my own press releases I would never ever put ‘singer-songwriter’ as a go-to thing, because…

That’s it. Yeah, it makes me think I’m kind of just thrown in with that. But the fact that you’ve said that I sound different, to me, it’s really humbling and makes me feel good. That makes me think that I kind of stick out a little bit.

You definitely do. You’ve had a lot of support from Rocksound as well I noticed, didn’t they stream your album?

Yeah, they were kind enough to stream the record exclusively through their website and that was amazing. When it was on the website, there was my album, a little description of it and advert was right next to it, but it was Corey Taylor screaming, and it looked like he was really super stoked about the record. I was like, “Woah, Corey, we’re bros clearly!" They [Rocksound] were really kind in putting that out and I think it really helped and put the word out, and people often say they heard it through the stream, which is lovely.

I noticed that you were unsigned too. Are you still unsigned? Has that been difficult trying to find your feet?

I was talking about this earlier. It’s a subject I could talk about a lot, but I’ll try and keep it as concise as possible. We decided to go on our own, the guys I recorded it with wanted to put it out independently, for various reasons. The main one being that we have control of it and we can do what we like. If people want to use a track for something they can just email me and I can say, “Sure man, just do it”, and then you don’t have to go through that corporate stuff to get that used. I kind of wanted to do it, to show people – not just in this kind of scene or community, but my friends as well – that you can put music out on your own now, it’s easier than ever. You’ve got the internet, you’ve got things like Bandcamp and Soundcloud and everything like that…Tunecore whatever it is that puts everything around digitally. It’s easy. But I also have friends that work on record labels that I respect what they do, they put in a lot of hard work, it must be very tough but they do it for the love, they do it for the passion, and I mirror that. But you don’t have to do that. We’re going to do this 7" single in October on our own. It’s an initial big hit because it’s pressed to vinyl and nothing else, but you know, having something physically in your hand that you’ve put your whole heart in to, is an amazing feeling.

That’s really nice, I like that. I’ll try and wrap this up a little bit…

At Raw Meat, we like to find out what bands and artists you love and hate from the past, present and ones that you cite for the future.

[laughs] A tricky subject! Well, I’m on tour at the moment with PJ Bond and Heart of Oak, two very good friends of mine, very good songwriters. PJ’s been working for six years out of his car, pretty much. He just put out a record on Xtra Mile which is amazing. I don’t think I hate anyone.

I don’t think you can really, for the sort of future slash present.

Who I rate for the future would be Rob Lynch. He’s a very good friend of mine, he’s going to be doing some amazing stuff. There’s a band called Drawings from Southampton that my friend Matt Reynolds played in. I’m trying to edge him to do that again because that was phenomenal, sort of stadium-sized anthems. Who else have I been listening to? Ah man, this is awkward now. Charles Bradley – even though he’s already massive in America. He’s a soul-singer and an ex-James Brown impersonator. He was in his sixties and then he got signed up with this massive band – they call him the ‘Screaming Eagle of Soul’.

That’s not a bad nickname, is it? Mine’s probably ‘Bearded Vagrant Weirdo Who Sings Depressing Music’, but I’m happy with that.

What band or artist do you love or hate from the past?

From that past… as in just any band? Well, I went to see American Football recently in London and it was just life-affirming. I went on my own and pretty much just closed my eyes when they kicked in with the song ‘Five Silent Miles’ and just lost my mind. So that, for nostalgic reasons. For now, who I hate?

[laughs] Of course it was!

So what are the next steps for The Lion and the Wolf?

Finishing this tour, and then going back to the Isle of Wight to record, full band tour prep for October and I’m going away with Northcote for a few dates in Germany and hopefully in the UK too.

Great! Thanks for talking to me.

Ah, thank you my dear. Thanks very much.