It is no exaggeration to say that Citadel 2017 is a true cornucopia of everything everyone wants to do. Well maybe just a small one. 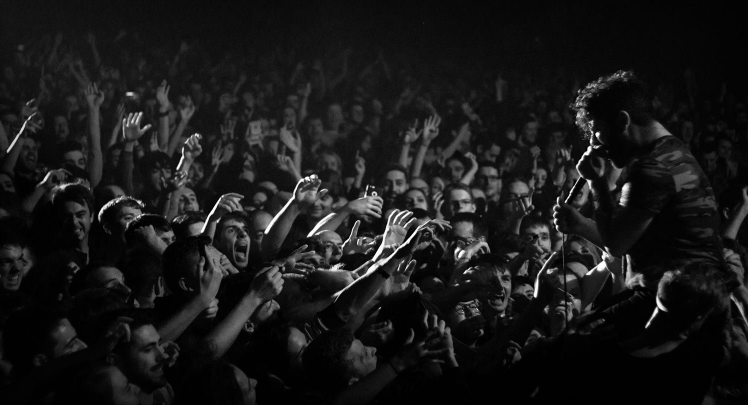 It is no exaggeration to say that Citadel 2017 is a true cornucopia of everything everyone wants to do. Well maybe just a small one.

This Sunday, 16/07 in East London’s Victoria Park, Citadel festival is set to offer the current crop of the latest and greatest of live music, dining and drinking, arts and ideas, wellbeing and even workouts (for those so inclined), all for our entertainment. We’re set to join the fun and festivities so here’s a rundown of what we’re especially looking forward to checking out.

Citadel are evidently pretty stoked about securing Foals as UK festival exclusive headliners and, if the band’s previous near-trademark barnstorming live performances are anything to go by, they’re more than qualified to shout from the rooftops about it. The band are said to be looking forward to performing, “old songs and rarities” so one can expect the math rock joy of dancefloor filler ‘Cassius’, the mosh pit-inducing riffs of ‘Inhaler’, and everything in between. Knowing his keen sense of adventure whilst on stage, frontman Yannis Phillippakis will probably attempt to scale the stage at some point too, as you do when you’re the voice and face of one of the best live music outfits this country has to offer and the world has to witness. It’s been a couple of years since last LP What Went Down so we might even be treated to a few new numbers.

Excitement levels for support headliner Bonobo are on a par with that of Foals. Being the producer’s only live show in London, it is the capital’s chance to lose themselves in the gorgeous Migration, his most recent LP that proved a hit on the charts (it peaked at #5 in the UK). Being a live show, one can expect a few added elements to supplement favourites such as ‘Kerala’ and the African-infused ‘Bambro Koyo Ganda’. Cold cider in one hand, Patty & Bun burger in the other, watching the sun set to Bonobo’s sweet, soulful chilled beats. What more do you want?

Ignore the other four stages at your peril, though. With second album Emerging Adulthood out next Friday, indie rocker Dan Croll is guaranteed to put on a razor sharp set. You’ll know ‘From Nowhere’ but that's not the only hit that will get the crowd moving, so be sure to strap your dancing shoes tight.

Take things down a notch with the sultry, moody Stevie Parker. Sure, the lyrical content of recently released album The Cure – heartbreak, indifference, hunting down your ex’s new lover with an axe – might not be your typical sunny Sunday afternoon fare but her icy vocals and mellow vibes will be sure to send chills down your spine and straight into your heart.

If you don’t see an acoustic guitar-based band at an indie festival, did you even go? Tick the mandatory checkbox with A Blaze Of Feather, a much-hyped secretive band of six, featuring king of the acoustic Ben Howard. Though be warned: a simple affair of each band member strumming along with six strings this is not. Whilst “exquisite” is the word that comes to mind when describing much of the project’s output, film/single ‘Winter’ is utterly gargantuan in scale. It’ll be the emotive, pained Ben Howard-centred acoustic music you know, and then some. See you there.