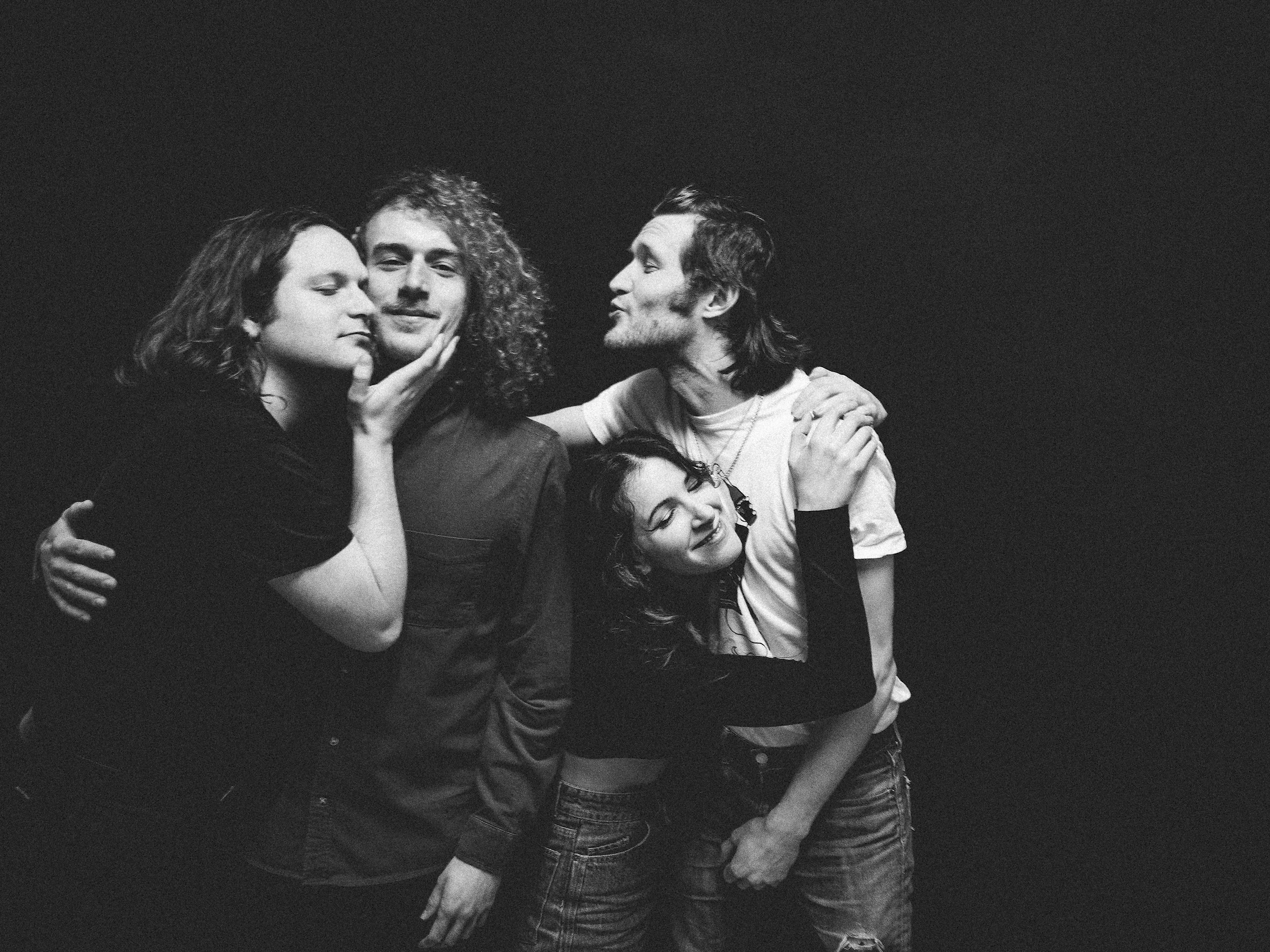 Off-kilter rhythms slither around a Van-Halen riff bugle call, and the song hasn't even started. It's another massive tune from God Damn, and the first from their new album, Raw Coward (how dare they), out 10.09.21 via One Little Independent Records.

'Yout' one for repeated listens, and each time you'll hear a new tweak, flutter or grunt, each more ridiculous than the last. The single feels like a tension release of the repression bubbling under our communal skin. It's a song to be crushed against barriers to. And we'll see you down the front.

God Damn said; “The opening line "When he was just a baby, his mother told him son, be a good English boy and sell the world their guns" is a good foreshadow to a repeated theme on the record; that false pride that's groomed into us from a young age. Blinkered to the real atrocities and corruption that have both made our country and continues to do so, that sense of higher moral rank, that sense of superiority and privilege that many still unfortunately feel they're entitled to. If we're going to evolve, we need to see what we've done and are doing wrong. The death of false pride, finding your true identity and personal growth.”

You can see God Damn in their meaty flesh at the below dates: