Good In The Dark have released a video for their cover of Talking Heads' 1980 track, 'Born Under Punches' and invented electro-feminism in the process. 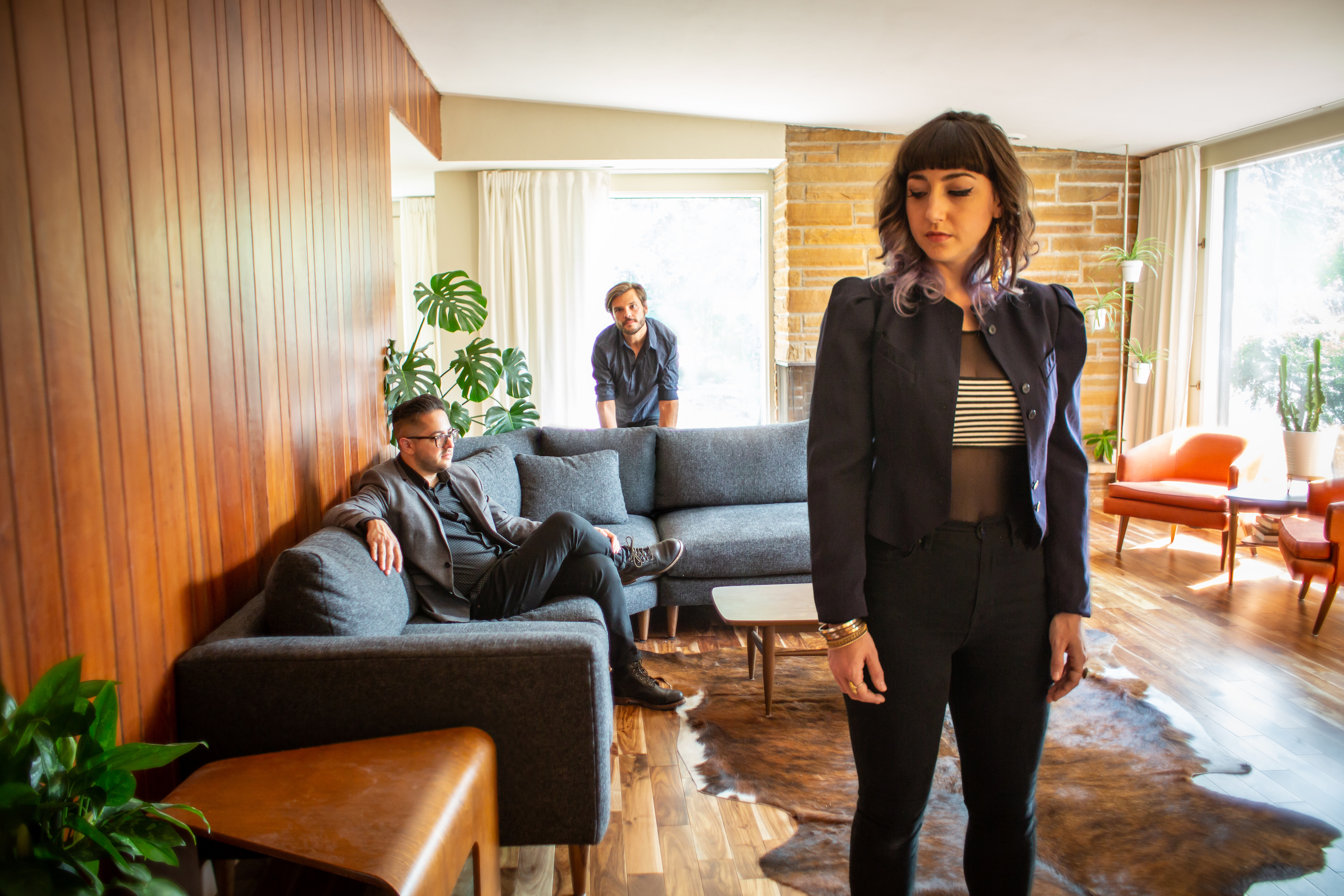 Good In The Dark have released a video for their cover of Talking Heads' 1980 track, 'Born Under Punches' and invented electro-feminism in the process.

Powerful and poignant as ever, Good In The Dark, made up of multi-instrumentalist Heather Perry, drummer Carlos J. Zapata, and guitarist Grant Goldsworthy, have been described as disco-punk in the past, so who better for them to permanently align themselves with than the almighty Talking Heads?

The air-raid synths, slick bass line and infectious beats all work together as supporting actors to the incredibly raw and emotional vocal performance from Heather Perry. It's an intense performance.

Heather had this to say about why they chose to cover this particular song:

"'Born Under Punches' came about, however, as a response to the "grab them by the pussy" Trump era and then the Kavanaugh hearings (as a survivor of sexual assault, the hearings were incredibly painful, but motivating to me). Although the song came out in 1980, so many of the lyrics become eerie in current times - shades of Me Too, Black Lives Matter, all kinds of movements come through it to us. We essentially perform the song as a reminder to keep the "hands of government men" accountable."

You can see them live at the below dates:

Featured image by the band.