A riddle, wrapped in a mystery, inside an enigma, gaffa taped to a puzzle with questions written on it in crayon. You get the idea. Who is Marlon Bianco? I asked the man himself. 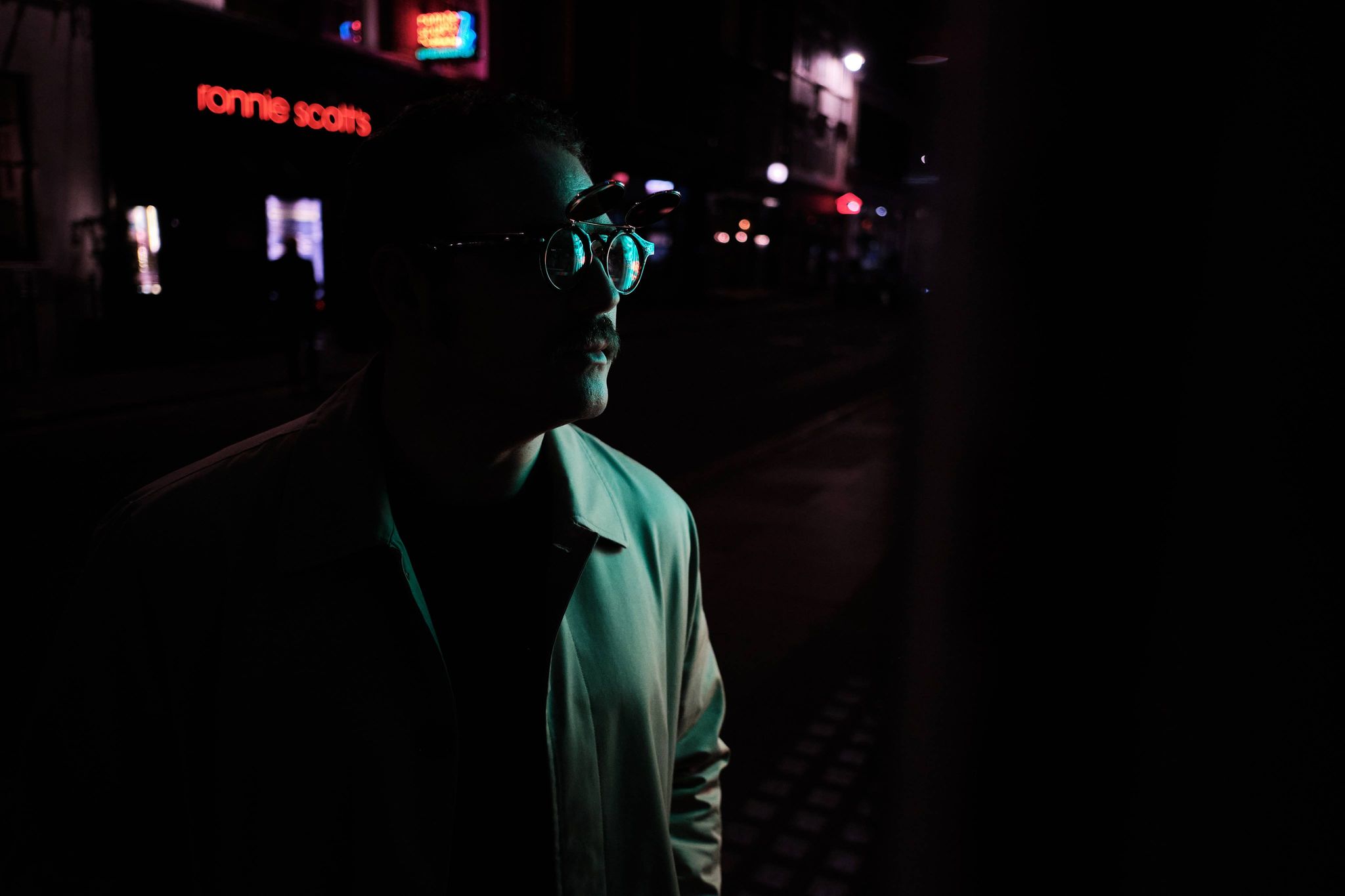 A riddle, wrapped in a mystery, inside an enigma, gaffa taped to a puzzle with questions written on it in crayon. You get the idea. Who is Marlon Bianco? I asked the man himself.

Raw Meat: Some call you a dangerous maniac, while others regard you as a prophet. Which is it?
‍Marlon can be the worst of me, but also the best of me at the same time. Marlon’s bipolar. He’s my double, my kid, part of me. He's kind of a melancholic cyberpunk, lives only at night, loves to be surrounded by city lights, which is where he gets inspiration for his music.

With lockdown, I started writing some very dark, jazzy songs. I used to go around London at night sometimes, just walking around the streets, no people, only lights. I started writing songs with only a few chords and lots of electronics, a bit of synth. I recorded the LP on my Roland keyboard at first, between that and my phone, layering things up myself.

The first single, ‘Summer Creatures’, will be released 20.06.21, alongside a video from Willy Robinson. The LP is called Life in Low-Fii, which will be with us in early September. Recorded with Cathy Lucas, at her home studio in Margate. How did you and Cathy first meet?
‍I know Cathy from Vanishing Twin. I know them through a friend, went to see them a couple of times and enjoyed them. I like their retro-futuristic shit, they do cool visuals and use a lot of synths. She started recording and so I asked her to produce the LP. She said yes, so I sent the tracks over to her and then went over to record. It was great, she was really good to me, let me sleep at her place. We spent five days working on the LP together. She was trying things the whole time, so the demos changed in terms of sound during the process, helping me with the arrangements too. I knew what I wanted and she helped me find it.

We recorded six songs during the session. I then recorded ‘Soundglasses’ with Monte, at their studio in London. It took us one day to record and then a second day to mix, so all done in one weekend.

Why ‘Life in Low-Fi’?
‍We all live our life in low-fi. It can seem cool from the outside, but if we take a good look inside we might find that we are broken and mean.

The record is seven tracks, can we expect any more material during the live show?
‍At the moment, just the seven songs, but we will have a bit of a jam in between, extend them a bit. We do a cover by Tonetta as well. He’s a Canadian singer songwriter, nobody knows him, but he’s a cool guy. A very particular guy. We do a cover of his song, 'Drugs Drugs Drugs'.

Is this mainly a recording project? Or are we going to see this lineup playing regular shows?
‍I’m not a fan of live shows. I love the studio, it’s my home. Give me stuff to play and I’m like a kid in a toy shop, just picking things up and fitting them together. The studio is where I feel free, as there’s no rush. I’ve got time to think, time to record and time to play. For a live show you have half an hour for the live set and then you go home. What we play live is different. I prefer the record. It’s interesting to hear other people playing my parts. Sometimes people play them better, but sometimes they play them worse, especially if they don’t listen and then put in their own bits that don’t work. For me it’s important they learn the parts from the record first, before making it their own, with their own feeling.

Marlon will be bringing the record to us live at the Shacklewell Arms on the 25th of June. I have no idea what to expect, but I can’t wait to find out.