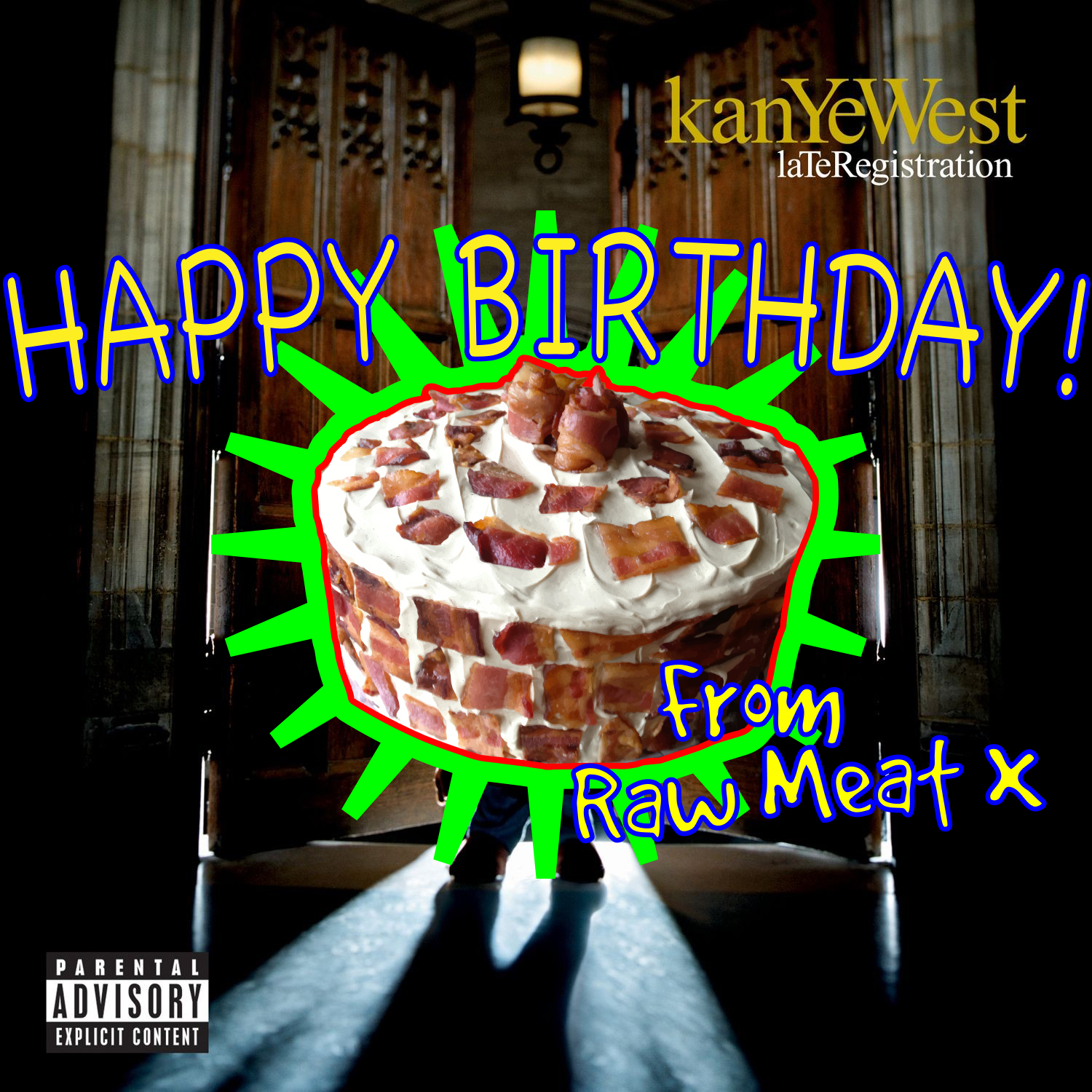 After the debut success of The College Dropout, which was the perfect amalgamation of bling braggadocios with the introversion of backpack rap, a lot of eyes were on Kanye West’s next move. Crafting a debut that reached such critical acclaim brings a lot of pressure on the artist’s sophomore album, with many an artist becoming a victim to ‘second album syndrome’. Kanye West sidesteps any worries his fans may have had with Late Registration.

An artist whose ego is as famous as his rhymes, the self-described Louis Vuitton Don ups his lyrical game whilst flexing his production muscles. His skills as an MC have improved so much that his claims on ‘Gone’ to open a store to create rappers in his image would undoubtedly be an entrepreneurial success. Kanye’s eclectic choices of topics to rap about are on certainly full show. There are very few in the mainstream who dare to step into the world of politics. Kanye not only steps, he runs in head first with discussions on the jewellery trade and civil war that ravages Sierra Leone in ‘Diamonds from Sierra Leone’, the inadequacy of the US Health care in ‘Roses’ and the effects of narcotics on black militancy in ‘Crack Music’. His lyrical ability is obviously best suited to some causes when comparing the most notable lines from ‘Crack Music’ and DFSL. In ‘Crack Music’ he raps “Are you hearin’ what Gil Scott Heron was hearin’, when our heroes and heroines got hooked on heroin?” which highlights his dextrous ability to craft a rhyming pattern, something he seems to lose on DFSL as he cries “I thought my Jesus piece was so harmless, until I saw a picture of a shorty, armless”. Although some pay off better than other the fact he discusses these problems should be applauded.

An intriguing aspect of this album is West’s choice of guests. Michel Gondry, the French film director behind Eternal Sunshine of the Spotless Mind plays drums on ‘Diamonds from Sierra Leone’. Jamie Foxx brings along his Oscar-winning imitation of Ray Charles alongside samples of the late singer himself on the track ‘Gold Digger’. Even the cameos from his fellow rappers are interesting. Jay-Z (‘Diamonds from Sierra Leone Remix’) will see his former nemesis Nas (‘We Major’) amongst the album notes. Potentially the biggest shift in rappers is the witty, intelligent rhymes of Common (‘My Way Home’) and the gritty style of one time Dr Dre protégé The Game (‘Crack Music’). This difference perfectly personifies Kanye, whose work perfectly straddles the line between both artists.

When delving into the album notes though there is only one real MVP, the co-executive producer Jon Brion. The man behind the decks for artists that include Aimee Mann, Fiona Apple and Rufus Wainwright was something of a risk – a producer with little experience in hip-hop. The risk pays off though with the album even surpassing the production brilliance on West’s debut. Where some artists may have rested on their laurels, Kanye West evolves his sound, exploding any hip-hop cliché he may come into contact with. For this album Brion was the missing piece of the puzzle as he brings in live orchestration and unconventional instruments to compliment Ye’s imagination. Brion’s influence is most exhibited on the track ‘Hey Mama’. The leaked version minus Brion sounds more like a bonus track from The College Dropout, but with the producer added into the mix he brings a cascading synth, Tin Pan Alley drums and a xylophone solo without losing the heart present in the original version.

Although much will be written around the brilliant singles ‘Gold Digger’, ‘Touch the Sky’ and ‘Drive Slow’, the (first of our two) favourite tracks is ‘Bring Me Down’. Complete with a catchy RnB-inspired hook from Brandy and an ascending piano melody that rises to a climax, Kanye laments the rappers that he believes have used him throughout his career and their inferior abilities. The second is ‘Hey Mama’; a vibrant track filled with maternal respect. Utilising an upbeat sample from ‘Today Won’t Come’ the song could be classed as a palate cleanser for the more politically driven or orchestral based songs. It shows one of the most interesting parts of Kanye, his ability to express his feelings on any topic, and discuss it on a beat brilliantly.

With this album Kanye West backs up his inflated ego as he becomes a hip-hop juggernaut who is not afraid to change up his style, staying relevant. The consequences of this is that he has revolutionised hip-hop and Late Registration showcases an artist that is not only faster than his peers, but is in an entirely different lane.