Kid Wave are upcoming, riff-busting and everything good about indie. 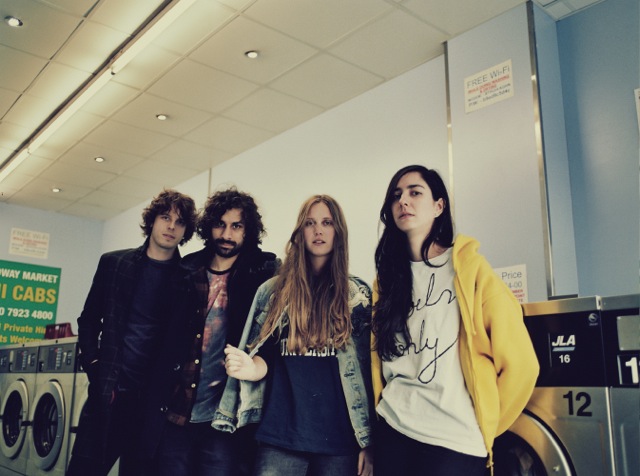 Kid Wave are upcoming, riff-busting and everything good about indie.

‘Honey’ is the stunning second single from their forthcoming debut album Wonderlust, out 01/06/15 on Heavenly Recordings.

The sort of song that demands to be played whilst driving fast with the windows down, ‘Honey’ is bursting with a sense of freedom and serenity as well as all sorts of musical delights. The whole video gives an incredibly fun and endearing vibe from the band as we watch them play a fantastically passionate gig to an excited crowd.

Despite their name, there is nothing childish about the music Kid Wave are making. Almost hidden by the intense drive of the drum beats and what can only be labelled magical guitar usage, the band are supplying gratifyingly mature lyrical content. “Some say dreaming is a waste of time / But I’ve got nothing else in my life” murmurs singer and founder Lea Emmery in her wonderfully harmonic voice.

It is undoubted that Kid Wave are ones to watch. After spending 2014 playing with bands like The Wytches, TOY and Childhood, they have already performed their first sold-out show this year in late March at the Sebright Arms. The band are currently making their way through the UK playing headline tour dates with Palma Violets and Bully.